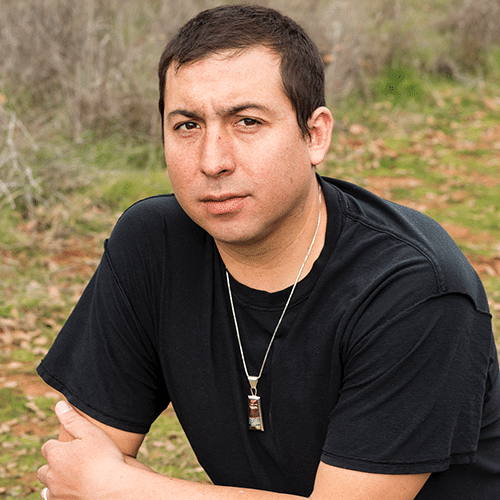 This episode of The Archive Project features acclaimed author Tommy Orange in his appearance at the 2019 Sun Valley Writers’ Conference in Sun Valley, Idaho. In this onstage interview with Andrew Proctor, the executive director of Literary Arts, Orange discusses his bestselling debut novel, There There, as well as his personal passions and journey to becoming a writer.

Orange’s wondrous and shattering novel follows twelve characters from Native communities: all traveling to the Big Oakland Powwow, all connected to one another in ways they may not yet realize. A national best-seller, There There has won the PEN/Hemingway Award, the Nation Book Critics Circle John Leonard Prize, the Center for Fiction First Novel Prize, and an American Book Award. It was named to numerous Book Books of the Year lists and was shortlisted for the Andrew Carnegie Medal for Excellence in Fiction.

I think fiction can do anything. I think if you write a sentence well enough, and collect those sentences together, you can convince people of anything. The possibilities are endless.

I knew I wanted to write a novel but I didn’t necessarily know what. And I didn’t have the drive to even start until I found out I was going to be a father. I was writing a lot of experimental stuff, and it was pretty unreadable, but something about the experience of becoming a father—and the role of teaching another human how to be a human—switched something in me and made me want to take writing more seriously and to take on a real project.

Tommy Orange is a graduate of the MFA program at the Institute of American Indian Arts. An enrolled member of the Cheyenne and Arapaho Tribes of Oklahoma, he was born and raised in Oakland, California.