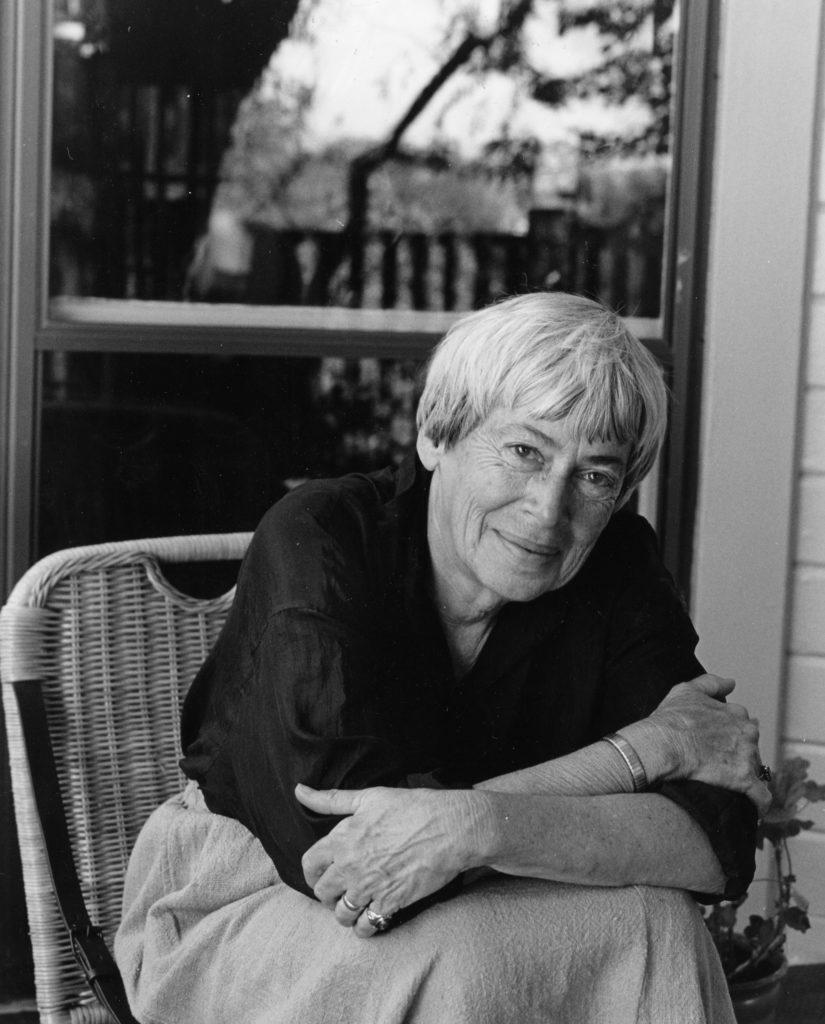 Ursula Le Guin begins her discussion with Margaret Atwood in 2010 by saying, “I emailed Margaret about six weeks or so ago and said, ‘What are we going to talk about?’ and she replied, ‘I expect we will talk about 1) What is fiction?; 2) What is science fiction?; 3) The ones who walk away from Omelas—where do they go?; 4) Is the human race doomed?; 5) Anything else that strikes our fancy.’” The two women examine these questions and talk through their answers. They delve into their writing processes and motives, creating many humorous analogies for the act of writing, whether they connect it to naked chickens, salted slugs, or dark boudoirs.

“If we knew everything ahead of time, we wouldn’t write the book. It would be paint by numbers and there wouldn’t be any discoveries.” – Margaret Atwood

“All doors are doors to the future, if you go into them.” – Margaret Atwood

Margaret Atwood, whose work has been published in more than forty-five countries, is the author of more than fifty books of fiction, poetry, critical essays, and graphic novels. In addition to The Handmaid’s Tale, now an award-winning TV series, her novels include Cat’s Eye, short-listed for the 1989 Booker Prize; Alias Grace, which won the Giller Prize in Canada and the Premio Mondello in Italy; The Blind Assassin, winner of the 2000 Booker Prize; The MaddAddam Trilogy; The Heart Goes Last; and Hag-Seed. She is the recipient of numerous awards, including the Peace Prize of the German Book Trade, the Franz Kafka International Literary Prize, the PEN Center USA Lifetime Achievement Award, and the Los Angeles Times Innovator’s Award. In 2019 she was made a member of the Order of the Companions of Honour for services to literature. In 2019, The Testaments won the Booker Prize and was longlisted for The Giller Prize. She lives in Toronto.

Ursula Kroeber Le Guin was born in 1929 in Berkeley, and passed away on January 22, 2018 in Portland, Oregon. She published 21 novels, 11 volumes of short stories, four collections of essays, 12 books for children, six volumes of poetry and four of translation, and has received many honors and awards including the Hugo, Nebula, National Book Award, and PEN-Malamud. Her most recent publications are Finding My Elegy: New and Selected Poems, 1960-2010 and The Unreal and the Real: Selected Short Stories, which received the 2012 Oregon Book Award for Fiction.

We are incredibly saddened by the news of her passing, are so grateful and honored to have known her, and thank her for her transformative contributions to international literature. Our thoughts are with her family, friends, loved ones, readers, and writers everywhere.