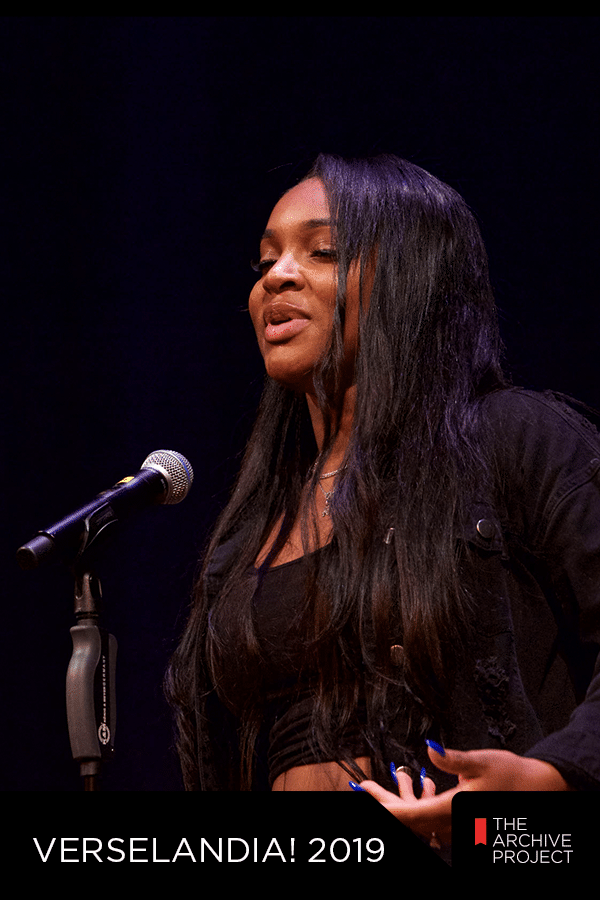 Highlights from the 2019 Verselandia! youth slam poetry competition, including live performances and interviews with Portland students.

In this episode, we feature some of the incredible slam poets who performed as part of Verselandia! 2019: The annual city-wide youth poetry slam, presented by Literary Arts. High school students across the city spend the year writing and competing with their peers, and each April about twenty finalists compete for the title of Portland Slam Champ.

These young poets are a thrill to hear. They will give you the chills and perhaps bring tears to your eyes. And at this moment when it feels like our society is cleaved with deep divisions, it is so important to take the time to really listen to young voices who are, after all, the future. These young writers come from all walks of life in Portland, and have incredible stories to tell.

In addition to hearing some of these stunning performances, we will hear from the emcee of the evening, Mighty Mike McGee, and also directly from students as they talk about their art and connection to slam poetry.

Mighty Mike McGee is a well-traveled “stand-up poet” and storyteller from San José, California. In the world of poetry slam, he is the first to win both the 2003 National Poetry Slam Individual Grand Championship and the 2006 Individual World Poetry Slam Grand Championship. He has toured very extensively throughout United States, Canada and Europe. Since 2002, he’s covered several hundred thousand miles performing his brand of poetry and humor. McGee has been featured on HBO’s Def Poetry Jam, CBC Radio and Television, and NPR’s Snap Judgment. He was one of the first Americans to perform spoken word at the University of Paris, la Sorbonne in 2005. He was appointed Poet Laureate of Santa Clara County (Silicon Valley) for 2018 & 2019.