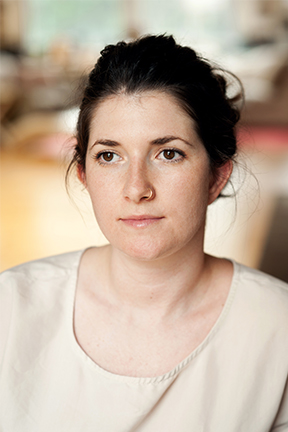 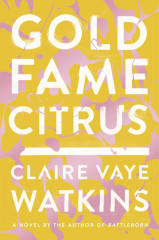 Claire Vaye Watkins is the author of Battleborn and recipient of the Story Prize, the Rosenthal Family Foundation Award from the American Academy of Arts and Letters, and a Guggenheim, among other honors. Battleborn was named a Best Book of 2012 by the San Francisco Chronicle, Boston Globe, Time Out New York and Flavorwire, and a Best Short Story Collection by NPR.org. In 2012, the National Book Foundation named Claire one of the 5 Best Writers Under 35. Her stories and essays have appeared in Granta, One Story, The Paris Review, Ploughshares, Glimmer Train, Best of the West 2011, Best of the Southwest 2013, and elsewhere. A graduate of the University of Nevada Reno and the Ohio State University, Claire has received fellowships from the Writers’ Conferences at Sewanee and Bread Loaf. An assistant professor at Bucknell University, Claire is also the co-director, with Derek Palacio, of the Mojave School, a free creative writing workshop for teenagers in rural Nevada.

Claire Vaye Watkins will give a Pop-Up Reading at 4:15pm in the Special Collections Gallery (Main Building, 1st Floor).

Claire Vaye Watkins is appearing at “Tin House/PEN present NERD JEOPARDY (21+)” as part of Lit Crawl Portland the evening of November 7, 8:30–9:15 p.m. at the Morrison Hotel.