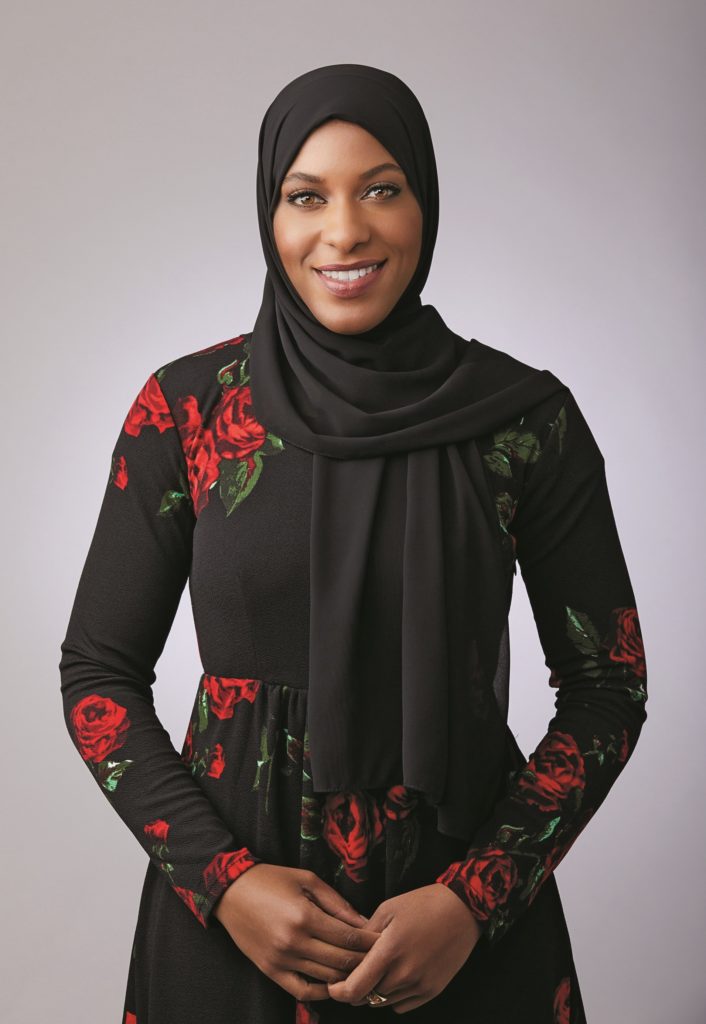 Ibtihaj Muhammad is a fencer and the first Muslim American woman in hijab to compete for the United States in the Olympic Games. She is also the first female Muslim American to medal at the Olympic Games, winning bronze in the women’s saber team event. An activist, speaker, and entrepreneur, Ibtihaj has written a memoir, Proud; the picture book, The Proudest Blue; and inspired the first hijabi Barbie in her likeness.