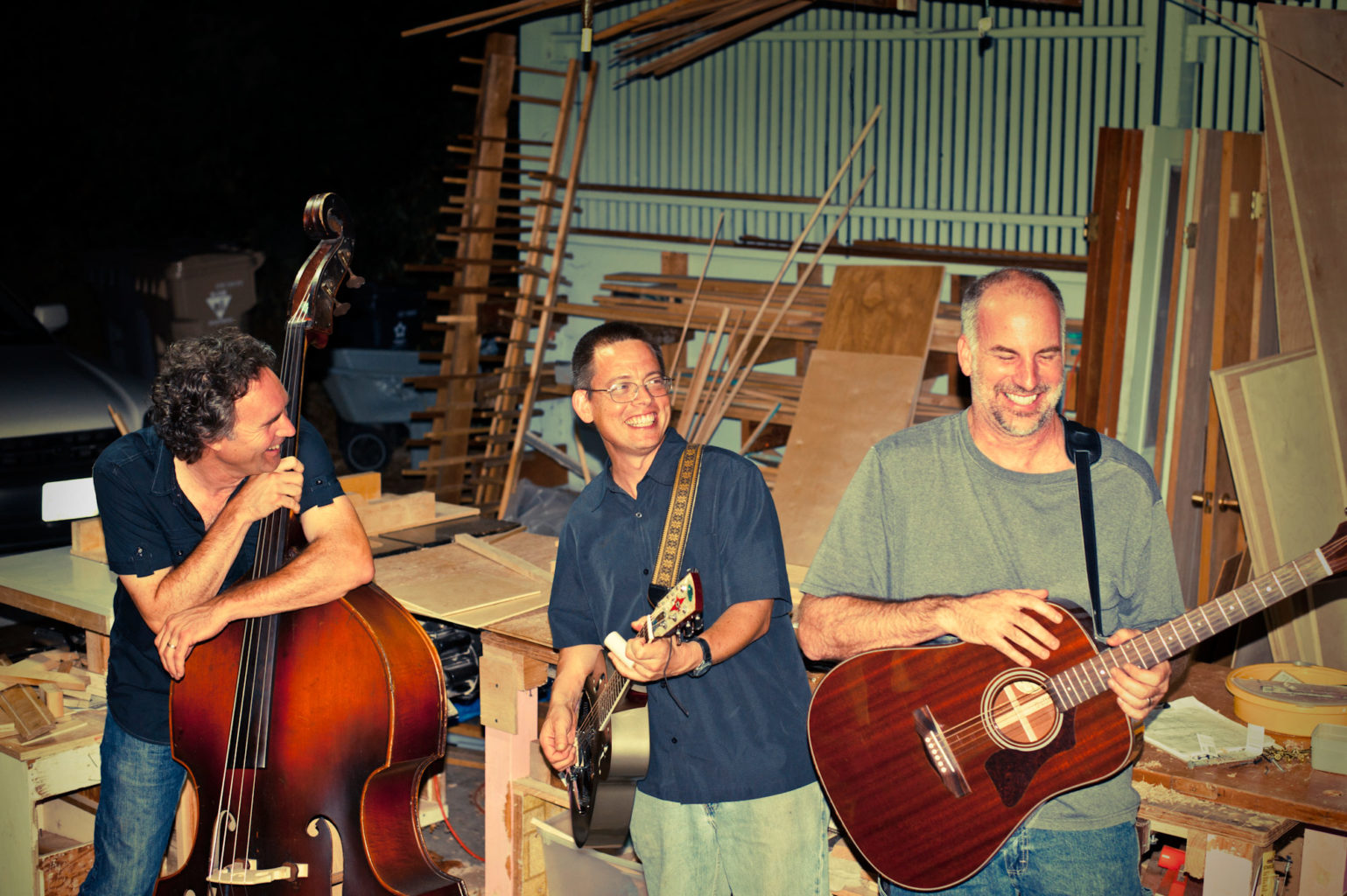 Mule on Fire bring their own particular Northwest weave of acoustic blues, folk, and traditional music. Hailing from Portland and Corvallis, Oregon, they’ve played a variety of stages, barns, backyards, and campfires, and have deep musical and literary roots.

George Estreich (multiple instruments) is the author of a book of poems, Textbook Illustrations of the Human Body, and a memoir, The Shape of the Eye, which won the 2012 Oregon Book Award in Creative Nonfiction.

Marty Main (bass & vocals) grew up playing in the West Coast Trad Jazz scene in bands with his father, led an award-winning big band in college, and played ska and noise-pop in the San Francisco Bay Area. He’s worked in a recording studio as an engineer, producer, and part-time session musician.

Matt Yurdana (vocals & guitar) is the author of a book of poems, Public Gestures, which was a finalist for the Oregon Book Award.  He’s received an NEA Fellowship in Poetry, a Pushcart Prize, and his poems have appeared in a variety of journals and magazines.

Mule on Fire will also host a poetry karaoke event during LitCrawl at 7pm on November 4th. Audience members will perform poems, karaoke-style, with musical backing by Mule on Fire. Catch it at Tugboat Brewing Company 711 SW Ankeny St, Portland, OR 97205

Find them online at: https://muleonfire.com/