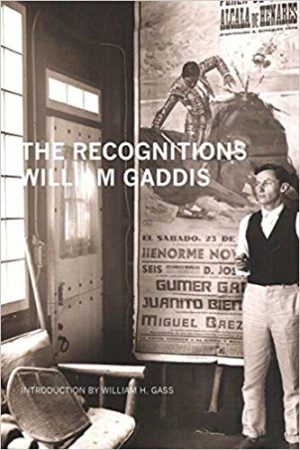 Before William Gaddis won the National Book Award for JR (1976) and A Frolic of His Own (1994), he wrote The Recognitions (1955), his ambitious debut novel. Its length and complexity are challenging, though it’s far more conventional in its narrative form than Gaddis’s later novels. The Recognitions is savagely critical of our capitalist society and culture, but it’s also a serious novel of ideas and very funny. A celebrated work of genius, it remains as relevant today as in the ‘50s.

Rick Comandich has read all of William Gaddis’s novels twice, except for those he’s read three times. He has completed three novels and is working on his fourth. Like Gaddis,his novels are set in a realistic contemporary America, and his characters are engaged in the political, personal, social, and financial conflicts of his lifetime.