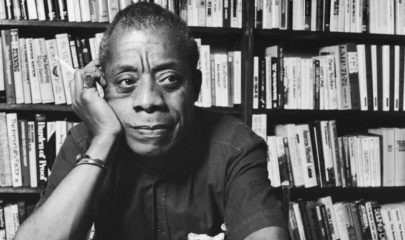 This Delve will examine the essays of James Baldwin, the leading literary voice of the black freedom struggle. We will devote our first session to Baldwin’s early autobiographical writings, literary criticism, and essays. We will consider how Baldwin draws on personal experience to reach conclusions about identity, morality, and power and we will confront Baldwin’s early thoughts on the responsibilities of the writer.

In Session 2, we will consider some Baldwin’s major pieces on the “lover’s war” between the writer and their society. In these pieces, we will find Baldwin diagnosing the ills of the American soul and gesturing toward a prescription for what ails us. In Session 3, we will travel to the American South with Baldwin as he visits the region for the first time. These pieces capture Baldwin in his role as a “witness” as he comes face-to-face with freedom fighters and segregationists and tries to get the reader to see the world through their eyes. We will devote the entirety of Session 4 to grappling with Baldwin’s magnum opus, The Fire Next Time, a masterful work in which he weaves autobiographical writings with reflections on the Nation of Islam and the “moral history” of the West. In Session 5, we will consider several of the essays Baldwin wrote at the height of the civil rights revolution. In these pieces, Baldwin continues to probe the nature of identity and to grasp for what might need to be done to save the country. In Session 6, we will look at some of Baldwin’s confrontations with the American Right in the last two decades of his life, including his famous 1965 Cambridge Union Debate with William F. Buckley Jr.

Nicholas Buccola is the author of The Political Thought of Frederick Douglass and the editor of The Essential Douglass and Abraham Lincoln and Liberal Democracy. His work has appeared in the New York Times, Salon, and many other publications. He is the Elizabeth and Morris Glicksman Chair in Political Science at Linfield College in McMinnville, Oregon, and lives in Portland. You can read an interview with him here.