On the heels of an interview with OPB’s Think Out Loud that took place before a live audience in the downtown office of Literary Arts, award-winning journalist and screenwriter Lawrence Wright was escorted across the Willamette River to Cleveland High School by the staff of Writers in the Schools.  In the school library, an audience of students sat waiting before a podium. Word of Wright’s visit had circulated—in English and world history classes, from student to student in the halls—and a diverse crowd of aspiring writers, followers of world affairs, and reporters for Cleveland’s school newspaper, The Clarion, were prepared with wide-ranging questions. The students showed a particular interest in Wright’s thoughts on the writing process, his multifaceted career, and his Pulitzer Prize-winning account of  “the road to 9/11,” The Looming Tower.

Wright introduced his Q&A session with a short narrative of how his writing career got its start. He began the story of his career by citing the early influence of his high-school English classes, in which he was regularly asked to write short stories. Upon graduating from Tulane University with a degree in English, he moved to Cairo, Egypt where he taught English for two years. At the end of his stay in Cairo, Wright returned to Texas with dreams of seeing his work published in The New Yorker. Wright’s time in Egypt inspired his first submission to the magazine, “Letter from Cairo.” The audience laughed with Wright as he traced the trip that his piece made from Texas to the office of The New Yorker, where it was promptly declined and sent back to the Lone Star State. “Nothing’s ever been rejected more quickly,” Wright mused with an easy smile.

“What inspired you to write about the things that you write about?” asked a student sitting near the front of the library. Wright took the student’s question as an opportunity to raise one he had asked himself over the course of his career: “Why was I interested in the things that interested me?” He attributed one theme that stretches across his nonfiction—the influence of religious belief on social behavior—to his early years growing up in a devoutly Methodist household. His story illustrated how a writer’s own life can inspire questions on which to base reportorial projects. Wright, who has also written for the stage and the screen, discussed the process of writing fiction and nonfiction in one breath. Among the most memorable bits of advice that he shared was to find one’s “donkeys”—characters able to lead the writer deep into the landscape of a story.

As the hour-long Q&A drew to a close, the talk turned to current events in the Middle East as well as post-9/11 security policy in the United States. Asked whether he keeps up with the topics that he has covered, Wright admitted that, lately, he found himself revisiting the subject of national security, which he explored in The Looming Tower. Citing the debate that has ensued following the NSA leaks, Wright shared a personal story that illustrated how metadata collection has figured in his own life. He also shared his thoughts on the crisis in Syria, the resiliency of Al-Qaeda, and his play about the Carter-Begin-Sadat summit of 1978, Camp David, premiering this year.  He concluded his lecture by pointing out the rewards of a career in writing “for students interested in history and exploring the world.” 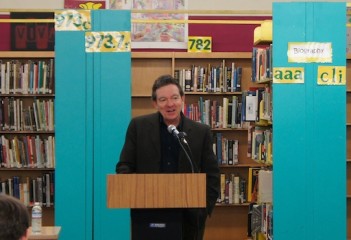 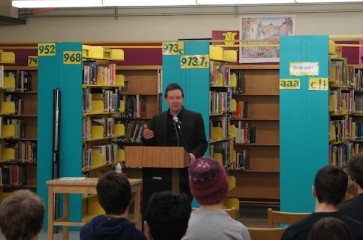 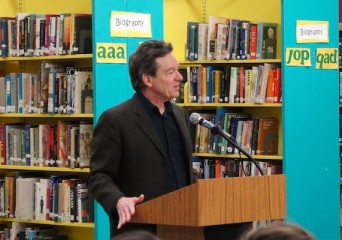 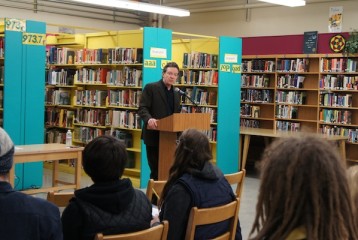 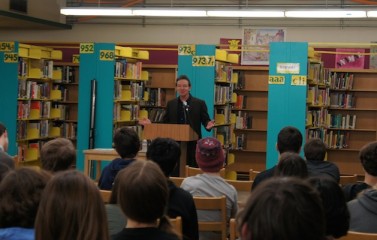