On an early Monday morning, students from Steve Lambert’s class at Metropolitan Learning Center made the trek through to rain over to Literary Arts. After hanging up their jackets and signing the guest book, everyone  gathered in the book-lined event space. They were joined by a few parents, WITS writers, and Literary Arts staff. One by one, students stood at the mic and shared the poetry they wrote and revised during the past semester, working with award-winning poet and WITS writer-in-residence Carl Adamshick. 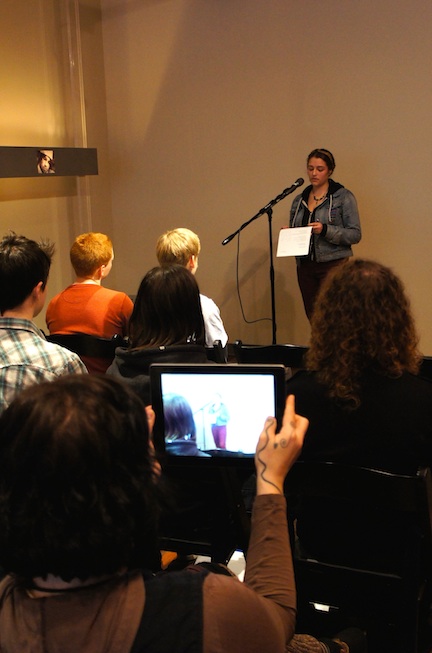 Topics were varied and the pieces’ tones ranged from funny to heartbreaking, with vibrant imagery and more than a few surprises. After each student read a poem, the chairs were moved aside and everyone stood in a circle and read another one. Mr. Lambert noted that the things Adamshick taught in his class stuck with him for days, and that he was impressed by students’ writing. Everyone received lots of applause, and they were smiling as they bundled back up and headed back out into the rain. 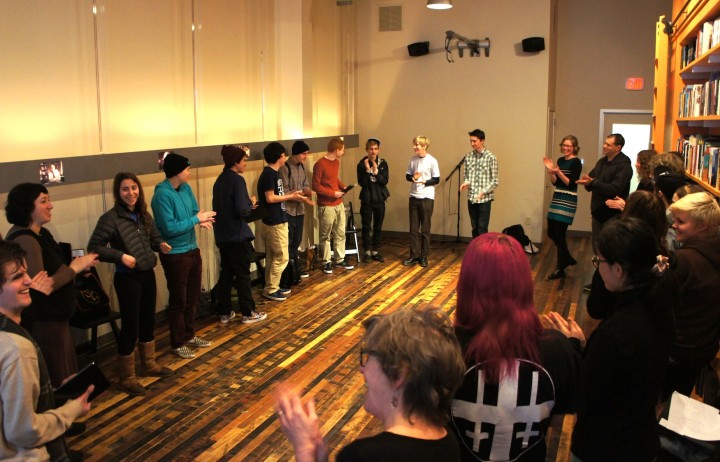 Thanks so much to everyone who participated and made this one of the best Monday mornings we’ve had thus far at Literary Arts.