[by Maddie Robert, Staff Writer at the Madison HS Constitution] 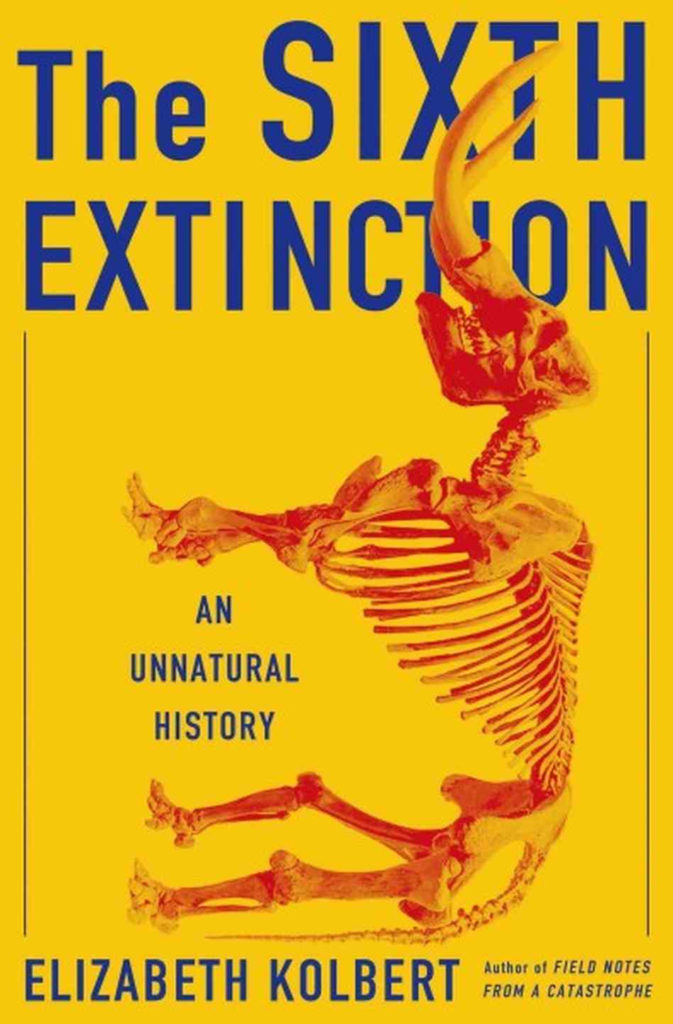 To be perfectly honest, the prospect of reading Elizabeth Kolbert’s The Sixth Extinction from cover to cover intimidated me. I do not typically read a book from the nonfiction genre but this book was a pleasant surprise. I quickly realized that there was nothing to be afraid of because Kolbert tells her story in such a casual and comfortable way that it wasn’t hard to follow. The subject of animals (and their extinctions) interests me so that was another reason that made this book experience enjoyable. It was all about the extinctions of animal species over the course of the entire history of the earth. Kolbert tells the story with a touch of humor that caused me to almost forget how dark the subject of the book actually is. There ave been five great extinctions before the time of humans, and her point is that we seem to be causing what looks like to be the sixth extinction. The decisions we make have been affecting the environment so drastically that coral reefs may very well be nonexistent one hundred years from now. Much of the carbon dioxide that has been emitted into the air is being absorbed by the oceans, which is not good at all for the species that thrive in them. But it isn’t only happening in oceans, rainforests are being affected as well. According to Kolbert’s experience, trees can migrate as well. Due to climate change, many trees have been moving up towards higher altitudes. But some trees don’t or can’t move fast enough and the climate changes too much for that species and it slowly begins to deteriorate. These are some reasons for watching our carbon footprint. If we don’t start now, by the time we get a reality check, it could already be too late. One of the main things she states in this book is that she is simply raising awareness and not offering any sort of solution. As a journalist, it is her job to inform, and as inhabitants of a biome it is our job to take action.

[NOTE: Literary Arts donated 116 copies of The Sixth Extinction and 10 copies of Field Notes from a Catastrophe to Alliance, Franklin, Gresham, and Madison High Schools in anticipation of 135 students attending her PA&L lecture on November 15. We also planned to have Elizabeth Kolbert visit Franklin that afternoon, but school was canceled on that day because of snow. We’re still glad students were able to study her work!]