We want to give a huge congratulations to the winners of Verselandia! 2015, the fourth annual citywide high school poetry slam. It was a night full of incredible performances by 20 students from 11 high schools. These students were finalists of their individual school slams who then took the stage at the Newmark in front of hundreds of peers, parents, teachers, and other community members. There were audible gasps, snaps and cheers, and a wide spectrum of emotions as the performers spoke their truths into a mic. Many thanks to our fabulous MC, Turiya Autry, and the teachers, librarians, judges, timekeepers, math masters, and all those who made last night’s event possible! (See below for all the lists…) 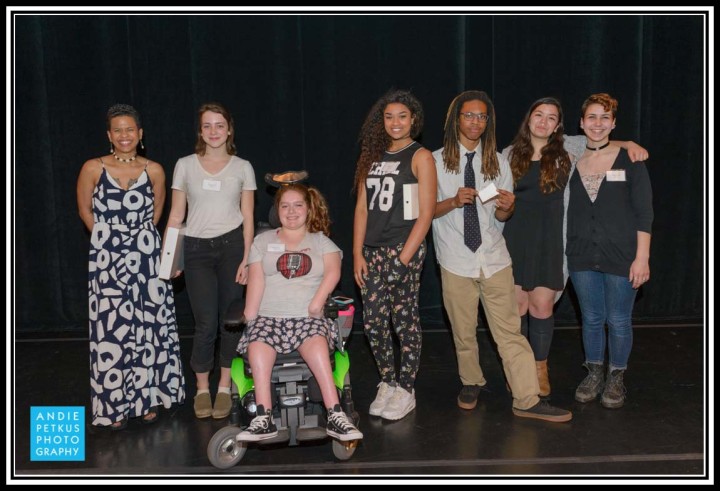 For the performances, students’ names were pulled out of a fishbowl. Here is the order for Round 1:

For the second round, the top 10 scores were calculated, those students’ names put back into the fishbowl, and pulled in this order:

Thanks to our event crew, who are all volunteers from our community: 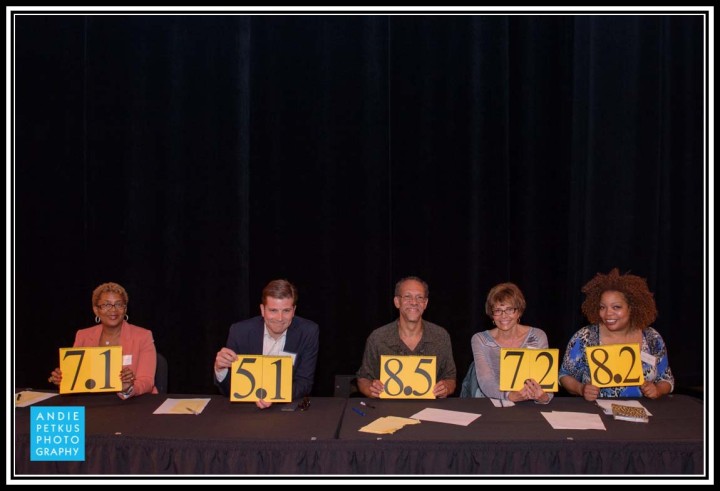 Last but certainly not least, HUGE thanks to the librarians, teachers, and parents who organized and ran qualifying slams: Elaine Ferrel-Burns at Benson, Bryan Smith at Cleveland, Sandra Childs at Franklin, Paige Battle at Grant, Phillip Rafferty at Jefferson, Jenny Owen at Lincoln, Nancy Sullivan at Madison, Kiva Liljequist at MLC, Betsy Tighe and Jaque Dixon at Roosevelt, Linda Campillo at Wilson, and Crystel Kinnee at Gresham. We couldn’t do this without you!