We want to congratulate the first Portland Youth Poet Laureates, Sekai Edwards and Alexis Cannard, as well as all the members of the inaugural Portland Youth Poet Laureate Project, a.k.a. Spit/Write, who put together a fantastic event on Monday night! The Artists’ Repertory Theatre was packed with an enthusiastic audience, and the program featured a large cast of local talent. 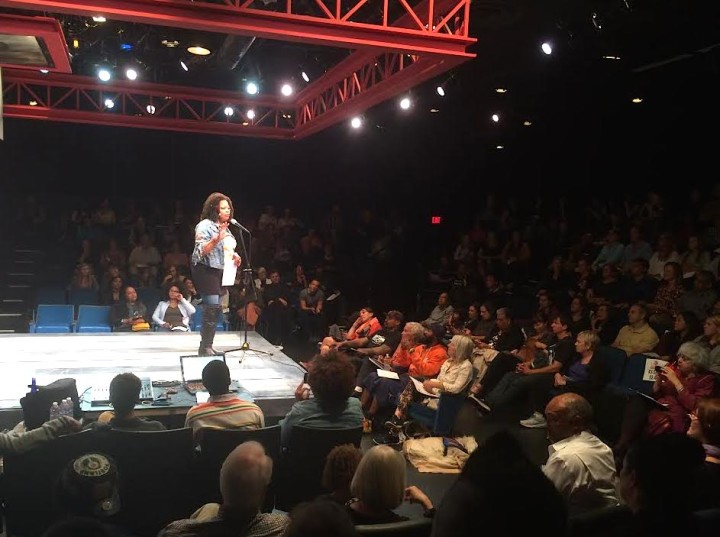 Renee Mitchell was the emcee for the evening, and a recent adult Oregon Poet Laureate, Paulann Petersen, opened the evening with her poetry. The 12 youth poets competing for the title of Portland’s first Youth Poet Laureate performed a collaborative piece called, “My Voice Matters.” It was a powerful piece, with the refrain “Youth are to be seen and to be heard” and a beat sustained by their stomping feet. After a long applause and more information about the program from Mitchell, the Whatcha Wanna Do Crew performed, with several audience members nodding, hooting, and snapping in response.

After a short intermission, the twelve students took the stage one at time and performed their pieces. The subject matter was as diverse as the students themselves, and all received thunderous applause. While the judges had the hard task of tallying their scores, two students from David Douglas performed a piece and Savannah, a recent graduate from Jefferson High School, sang an original song.

The twelve students then took the stage to do two-minute pitches for what community project they would work on as a poet ambassador. Several of them mentioned teaching poetry workshops to other youth and strengthening communities. The audience had a sheet of paper with all the poets’ names and photos which functioned as a ballot for them to vote for their top two favorites. As an audience member, I can attest that it was incredibly difficult to choose between their projects!

Finally the winners were announced, with a preamble by the judges that it was a difficult decision, and they finally decided on a tie. Mitchell also announced the “Very Inspirational Poet,” Adam Nayak, nominated by his fellow poets.  We’re so excited to see what Sekai and Alexis accomplish as the inaugural Portland Youth Poet Laureates, and want to congratulate everyone involved on an incredible night celebrating local youth voices! 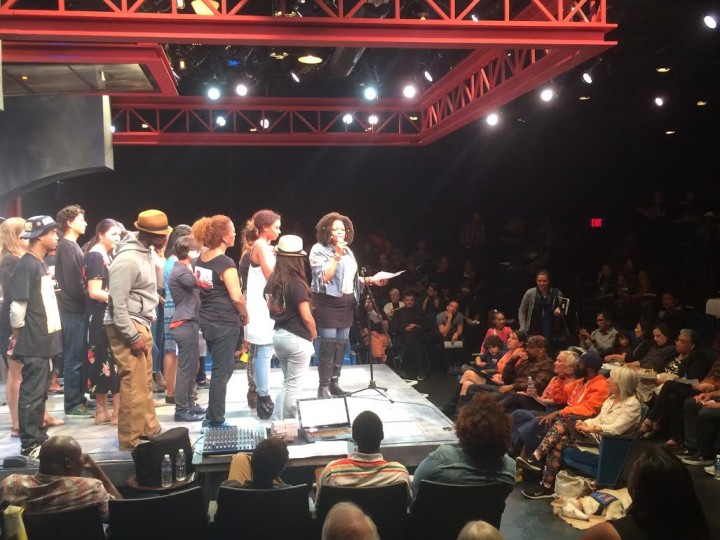