Bruce George, a poet, activist, and co-founder of HBO’s Def Poetry Jam, visited two classes taught by Ilsa Bruer at Benson High School on Friday, September 25. After introducing himself, George got to know the students by asking each of them to state their name and their goal in life. He asked follow-up questions and remarked on how many students wanted to make their parents proud and their communities better, and he had the class applaud each person.

“In a society structured toward consumption, you haven’t drank that Kool-Aid,” he remarked, smiling. “Now, I have another question. What comes to mind when you think of the word genius?”

In both classes, Albert Einstein was the first response, followed by scientists, lightbulbs, and lab coats.

“What if I told you that every one of you has a genius?” he asked. “Genius is not confined to intellect. I’m going to tell you something, and I want you to remember it.” The class fell silent. Genius is common.” 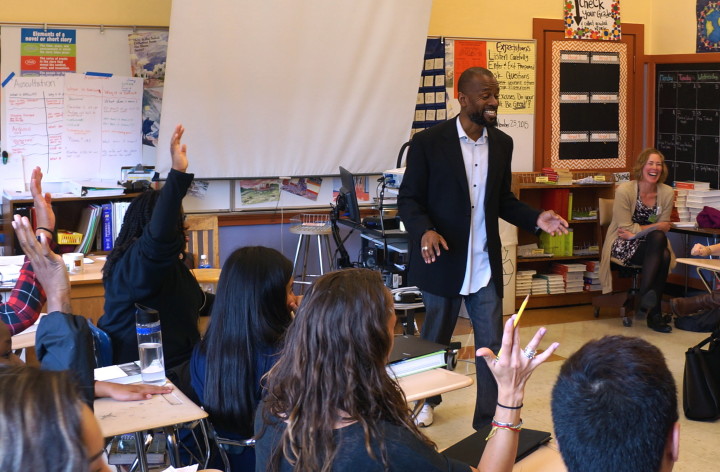 Students listened raptly as he explained that genius was not limited to intellect, but that each person has a “genius seed.” George stated that his own genius is quotes. “I’m a quotologist,” he said. “I memorize them, and I write my own.”

At the request of the students, George quoted several of his favorites, then had the students write their own quotes. Several students came to the front of the class and shared their quotes. There was a lot of discussion around “let your haters be your motivators,” and George encouraged those students who declared their life goals to be artists that “if your art makes people uncomfortable, you’re on the right path.”

George encouraged students to upload short videos of their own to his website, www.geniusiscommon.com, sharing their own personal genius. Above all, he encouraged them to be passionate and focused, because those two traits will lead to success.

Many thanks to Ilsa Bruer and all of her students for being so welcoming and engaged in the discussions, and for bravely sharing their goals. We also want to thank Principal Wilson for his help coordinating WITS activities at Benson High School, and of course, thanks to Bruce George for such an inspiring visit! 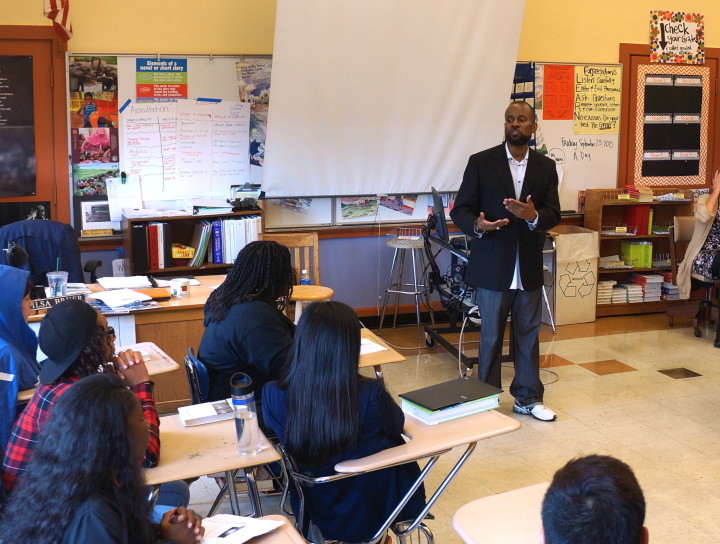