Being able to introduce Adam Gopnik, a staff writer at The New Yorker, to members of Grant High School’s award-winning Grant Magazine is something that WITS has been looking forward to for months. And when 53 students came ready with pens, notepads, and thoughtful questions, it was clear that they were excited as well. 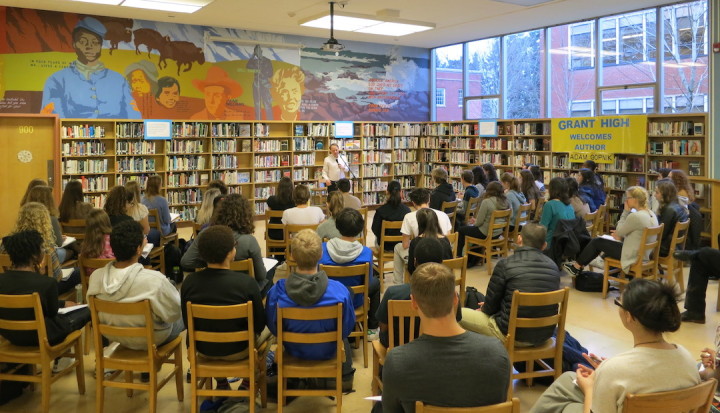 Perhaps because he has two teenage children, Gopnik was immediately at ease with his audience. He began with an anecdote about being a teenager who was furious when his parents wouldn’t let him go to a certain movie. He decided to write them a letter “detailing the injustice of their decision” and slide it under their door. Upon reading it, his parents relented, and Gopnik said that the experience taught him “that when you organize your emotions on paper” and put it into the world, “sometimes the world changes a little. People respond. It has force.” It was that moment, he said, that made him decide to be a writer.

Most of the questions from students related to being a writer, and Gopnik replied that the best advice he could think of was to think of writing as physical exercise, for example, “I think of my keyboard as my stationary bike.” He sets a goal to do a certain amount of time, like four hours, instead of a word count or a final product. “The hardest part of writing is getting something produced,” he said, reminding students that the first draft doesn’t have to be perfect–or even that good. Once there is something on paper, it can be edited, revised, and given to readers for feedback, but there must be words first. “It is what separates the people who want to write from those who are writing.”

Gopnik also mentioned his friend Malcolm Gladwell, saying “You may have heard of him,” (students laughed) and his theory that it takes 10,000 hours to master something. So Gopnik did the math and it turned out that his first piece was published in The New Yorker at just around that mark in his career. “The thing is,” he said, “no one thinks in terms of hours. Ten thousand hours is about six years.” And, he continued, “if you give something six years, you’ll master it.” He paused, regarding his audience. “Of course, when you’re young, six years seems terrible.” As the nods and laughter subsided, several students raised their hands. “How do you deal with criticism?” asked one of the editors of Grant Magazine.

“If you’re not getting criticized, you’re not making a sound,” he replied, and advised students to take the advice of Charles Darwin–to ask themselves if they did the best job they could do, and if they worked as honestly as they could. “You cannot be a weather vane,” he said, noting that while specific criticisms can help a writer learn, “the noise” will always be present and ignorable.

When asked where his ideas come from, Gopnik said some come from an assignment, “just like in school,” while some come from his “obsessions,” and many come from being a “yes writer.” Gopnik listed John Updike as one of his models, and said he adheres to Updike’s definition of a “yes writer” as someone who is continually engaged with the world around them. He also passed along the advice of his own father: “Be in the world, and never underestimate the other person’s insecurity.”

Overall, Gopnik was very encouraging of students who were serious about writing as a career. “There are many doors,” he said, advising students to not ignore an opening, even though it may not be their dream job. “Don’t get discouraged,” he told them. “This is a difficult time to be a writer, but it has always been hard. There has never been a good time, and there has never been a bad time. And there are always new ways to do it.”

We’re so grateful to Grant’s staff for facilitating the visit, especially Mary Rodeback and librarian Paige Battle.  Thanks also to journalist David Austin, volunteer instructor at the Grant Magazine.  Connecting Portland’s youth, in person, with nationally renowned writers is one of the highlights of our work, and today’s author visit was an excellent example of how powerful these moments are for everyone involved. 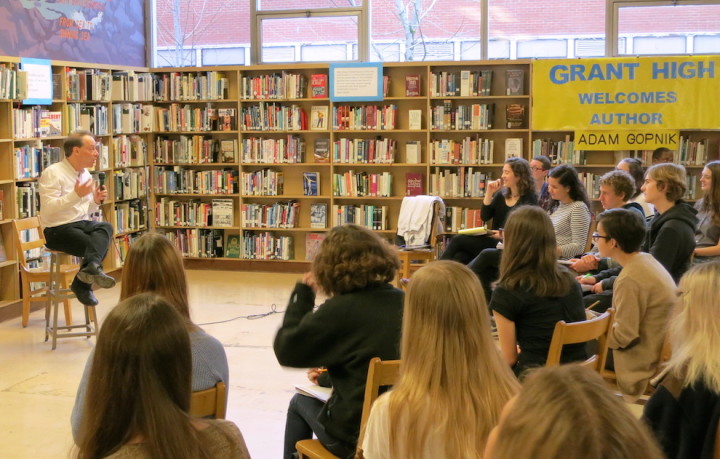 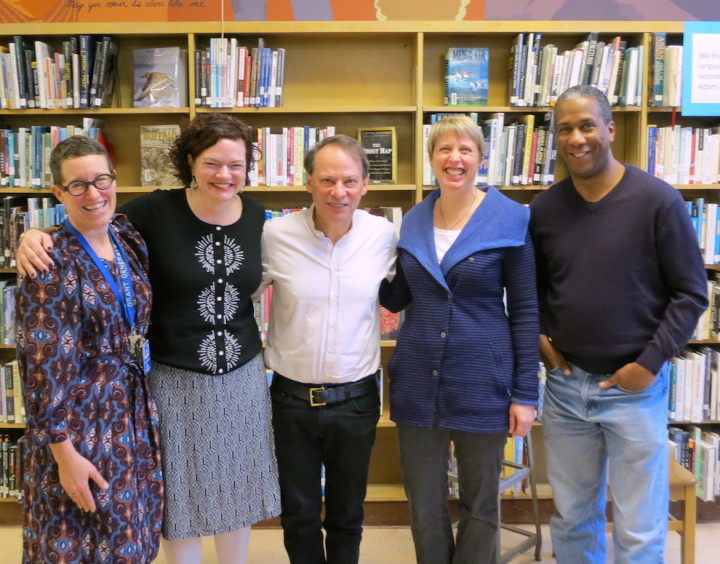 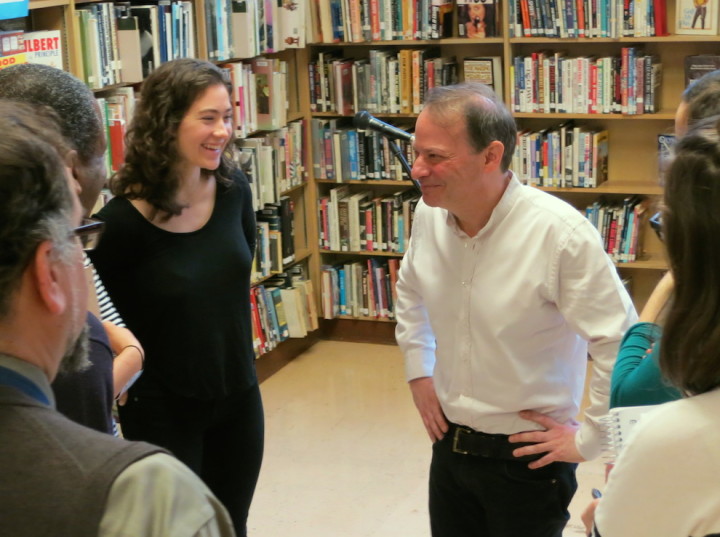