This fall Wilson High School teacher Nathan Pier is hosting WITS writer Lisa Eisenberg in two of his Freshman World History classes, and he is duplicating her lessons to teach his other two sections of that class. “It was too fun not to share,” he said with a smile. “How could I explain to my other classes that they don’t get to do this cool comics project?” 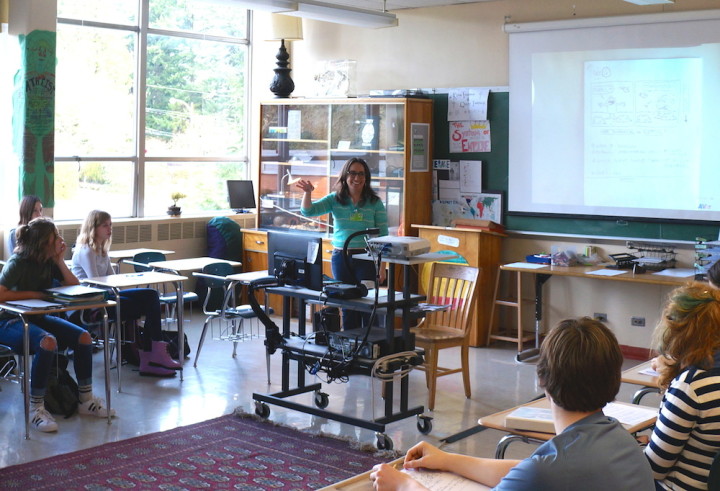 At the beginning of class Lisa led students through a warm-up, a timed “doodling” activity.  The room shushed as students hunkered down to work.  When time was up, students eagerly shared their work, eliciting both praise and laughter from their peers.

Lisa then gave students their printed lesson for the day, including space for drafting and an excerpt from Scott McCloud’s Understanding Comics.  As she led students through the lesson, Eisenberg used a document camera to project pages onto a screen and had students read aloud, helping students with different learning styles all stay focused. 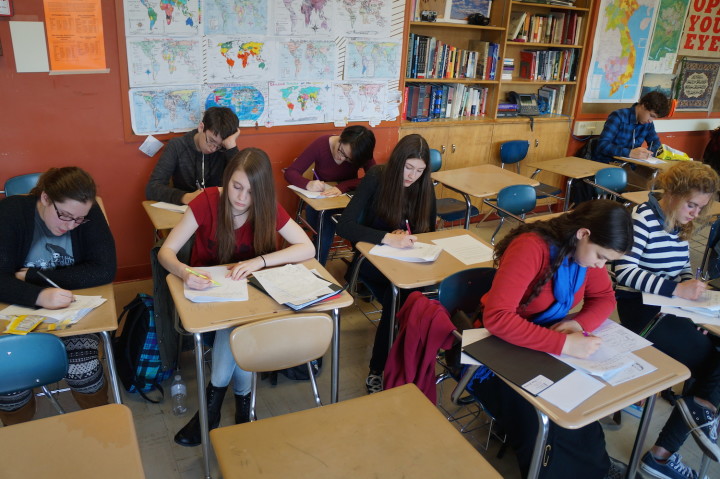 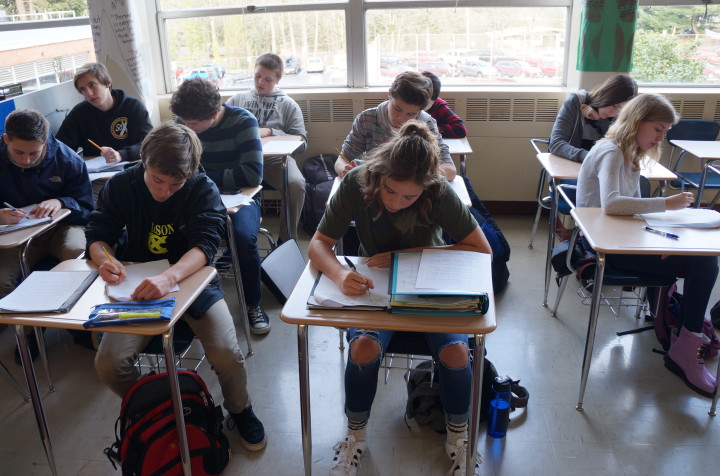 As students read McCloud’s comics explaining closure, or the “phenomenon of observing the parts but perceiving the whole,” Eisenberg asked lots of questions, encouraging students to think critically about how visual stories communicate information, and how the reader must use his or her imagination to complete the story. 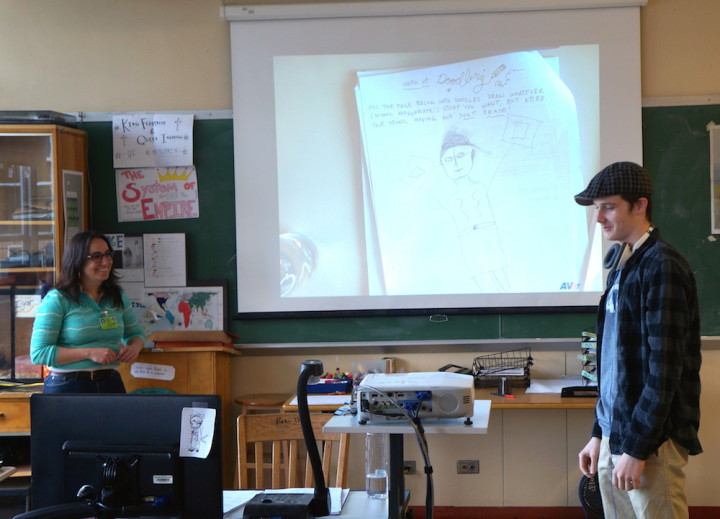 A WITS residency taught by a graphic novelist is perfect for Mr. Pier’s classroom, which is already geared toward learning through mixed media. During our visit, he was eager to share his Google Cardboard viewer and New York Times virtual reality app on his iPhone. Using these, a person standing in a high school in Portland, Oregon can be immersed in a 360-degree view of an air drop of food to refugees in South Sudan, complete with the sound of an airplane whirring overhead and the thumps of bags hitting the ground, raising clouds of dust. As the New York Times VR short “The Displaced” explains, there are an estimated 60 million refugees around the world and half of them are children. 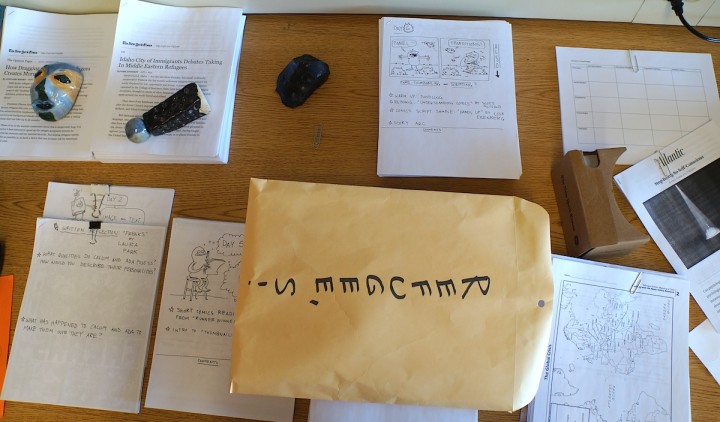 On a table in the corner, alongside the viewer and stacks of Eisenberg’s lesson packets, were copies of maps, lists, and recent articles about refugees around the world. For their culminating project of the residency, students are writing and drawing comics about refugee stories.

“The stories don’t have to be true,” said Mr. Pier, “but they have to include facts.” The goal, he said, is for students to tell stories that are true to the experience of these refugees. “Students aren’t as interested in old news from textbooks,” Pier added. “If I teach the current story that is dominating world news, it hooks their attention.” 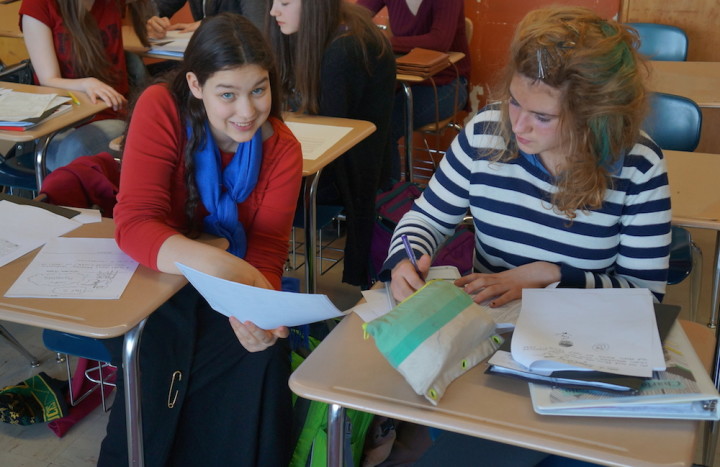 Eisenberg’s lessons keep students engaged by alternating reading, drawing, and discussion.  She also shares her own artistic process and work with students. In today’s class, she shared her comic Hands Up, as well as the script that she wrote before drawing it. This helped students know how to tackle drawing their own comics. 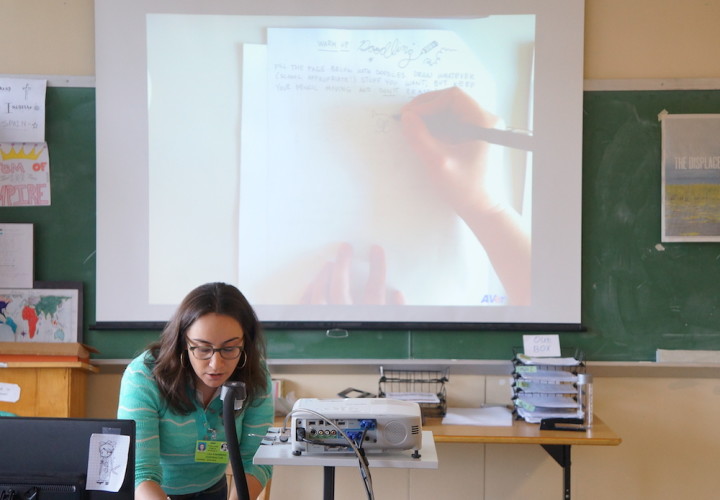 Both Eisenberg and Pier are smart, enthusiastic teachers who engage students with active learning–learning by doing. Their collaboration is an asset for the Wilson High School community, successfully expanding Eisenberg’s WITS residency to include two more classes taught by Pier. 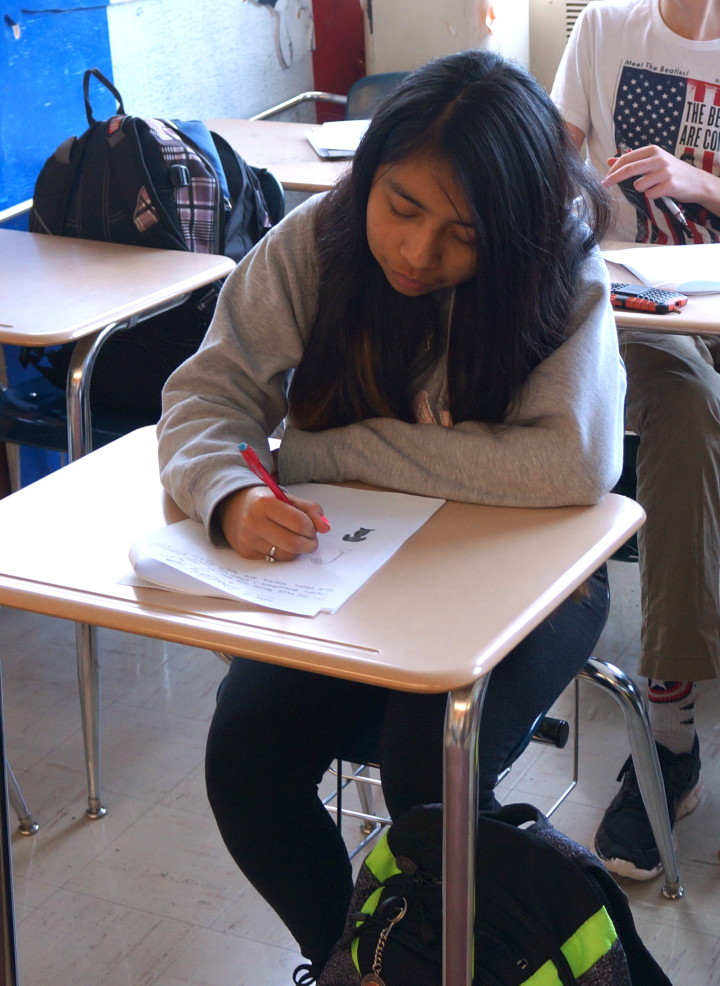 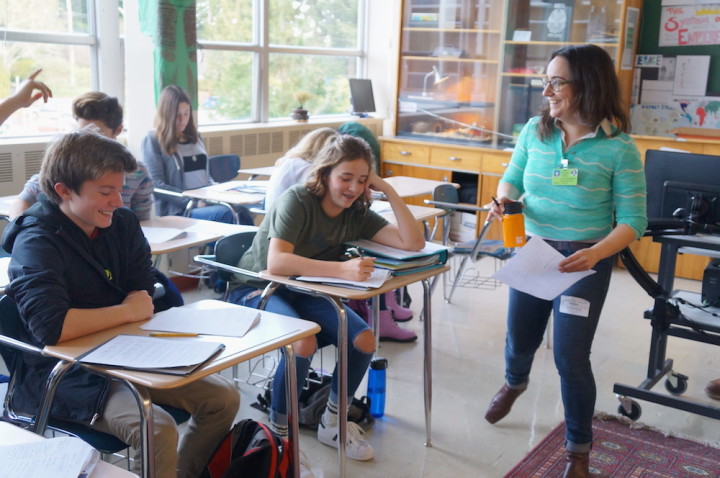 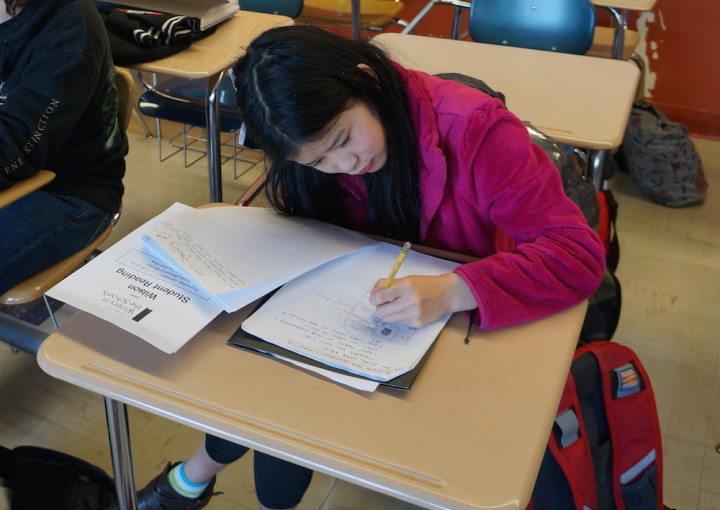 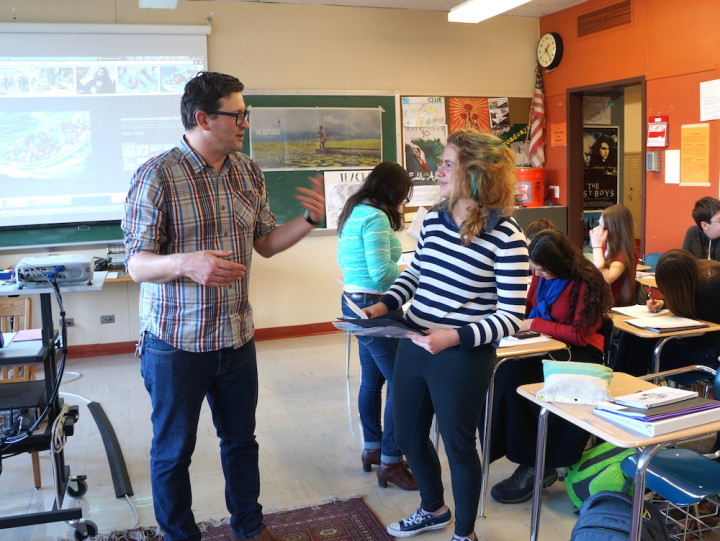 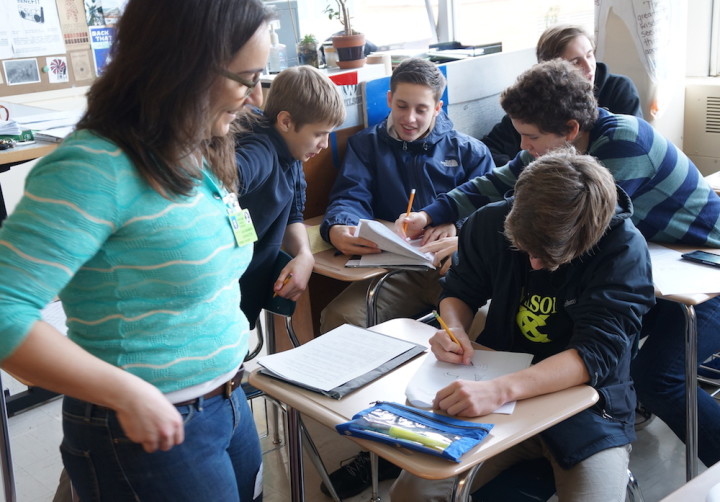 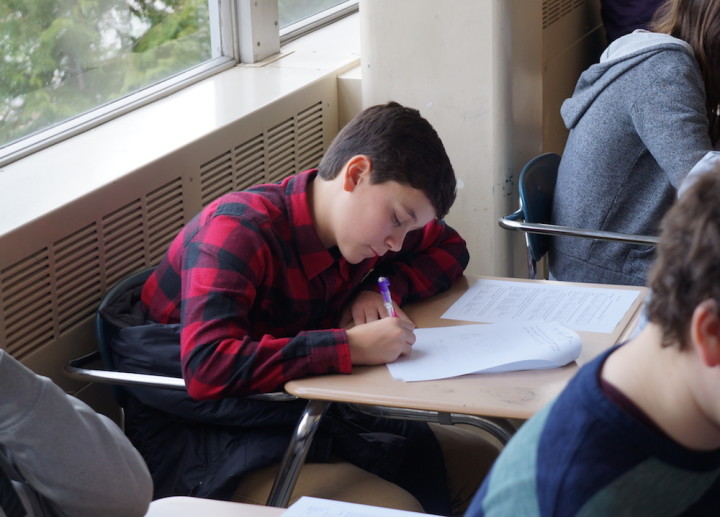 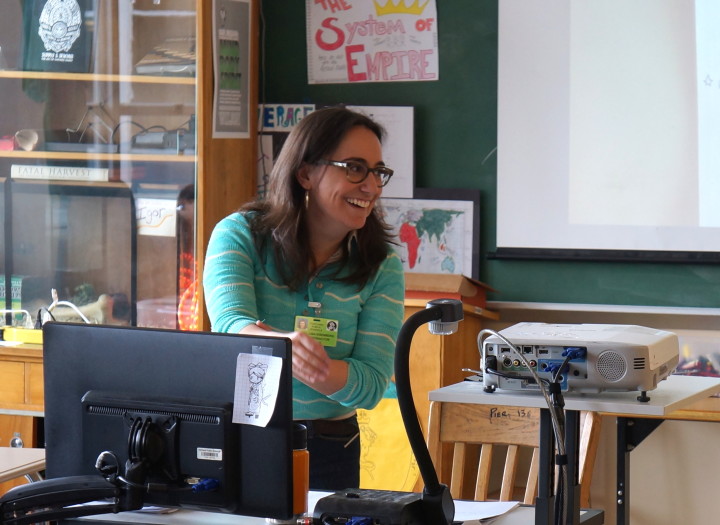