It was for the latter two classes that we set up a projector, screen, and speakers, because students had written and filmed short videos. These films ranged widely in subject and tone, from serious to humorous–often both at once. We had fun (and were just a little stressed out) doing complicated A/V for the first time, and we’re very grateful to the tech-savvy students who helped, and to our good-humored audience. In addition to twenty-seven students, teacher Ilsa Bruer also shared work alongside each of the WITS writers. It was a record turnout for a Benson reading, both in number of students who shared their work and the community who came to celebrate it. Thanks to everyone for a fun and inspiring event! 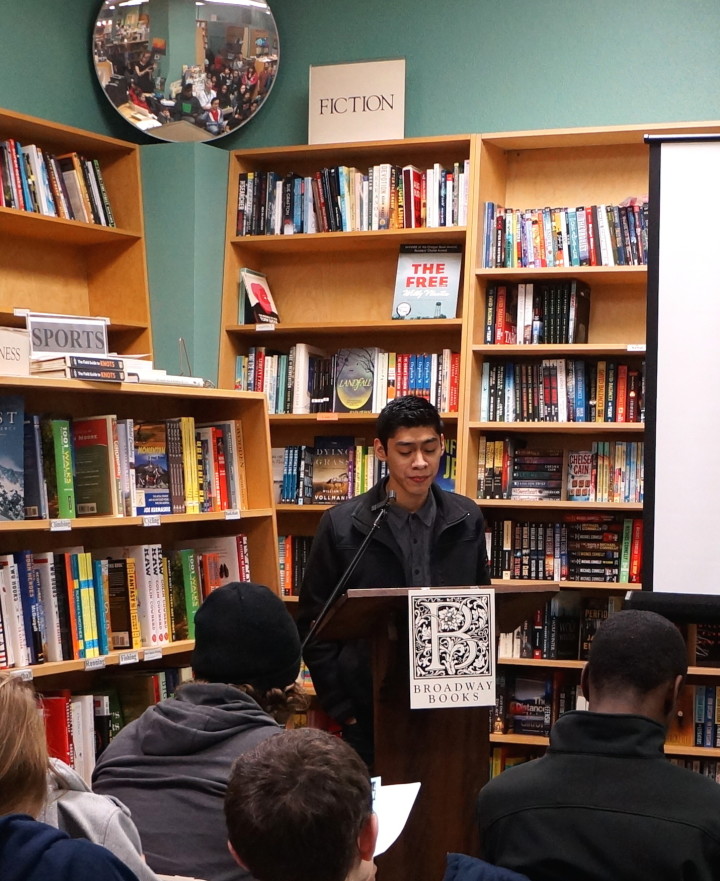 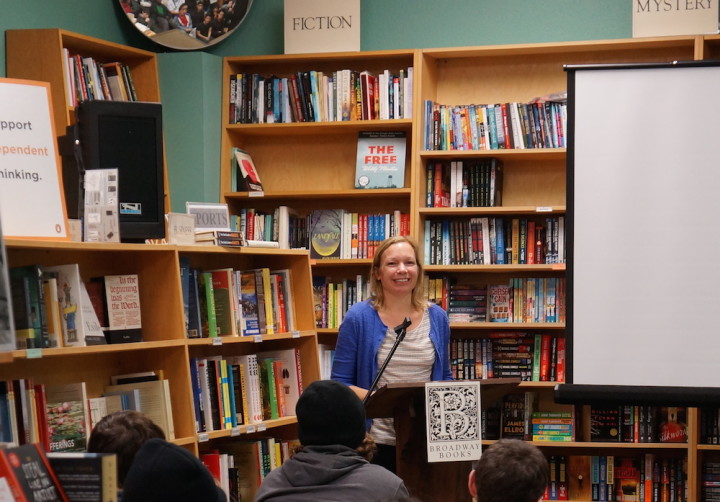 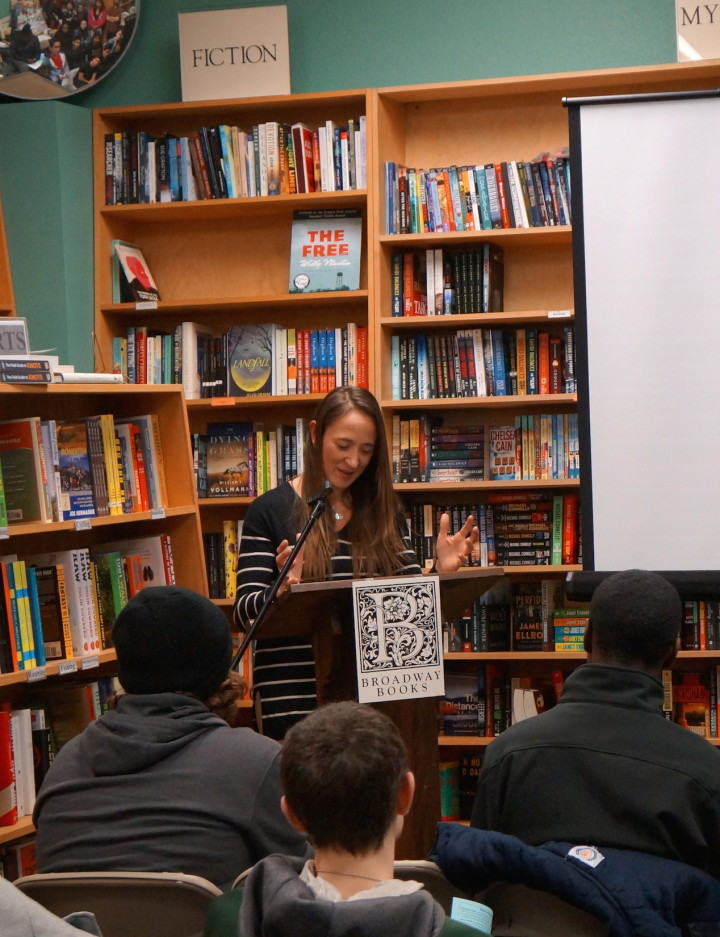 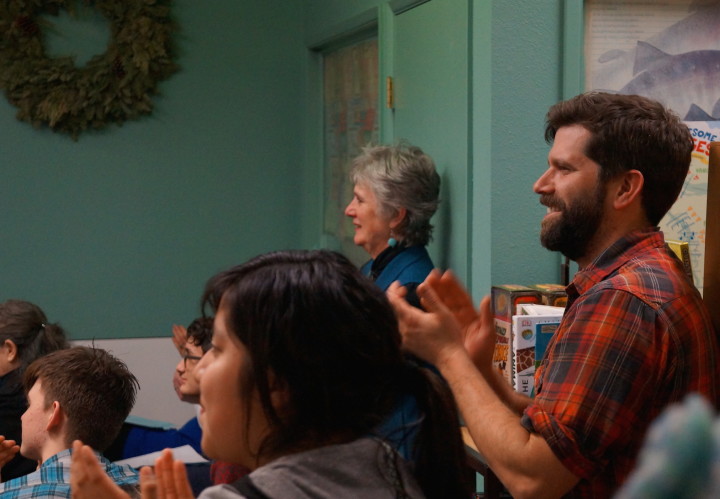 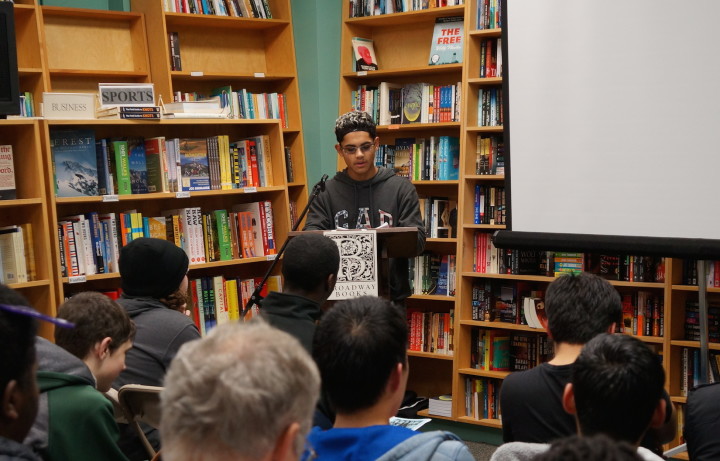 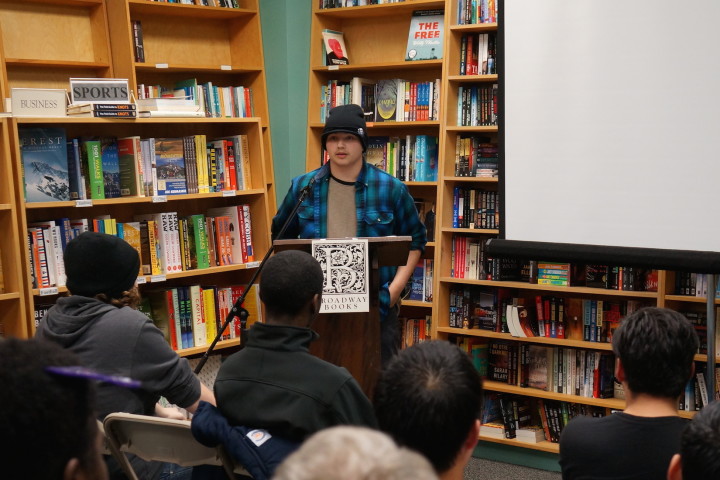