Poet Rita Dove was in Portland last week to accept The Stone Award from Oregon State University, which is presented to a major American author who has created a body of critically acclaimed work and who has mentored young writers. OSU also partnered with Literary Arts to bring Dove to Roosevelt High School, where she met with 46 students who had received and read her collection On the Bus with Rosa Parks in advance.

Dove began by telling students how she has always written, but as a child it was “for myself only.” Dove said she couldn’t remember when she didn’t want to write, but she also thought that the only viable careers were doctor, lawyer, or teacher. “But I always loved libraries,” she said, gesturing toward the room full of bookshelves. “I wrote a poem about my love for libraries.” She reached for her book and opened it, and students quickly flipped to the correct page so they could follow along.

When asked how she became a writer, Dove told students about reading her older brother’s science fiction magazines and then writing her own spin-offs. “I would write in a ten-year-old African American girl who was an astronaut,” she said, “when these stories had no women in them and everyone was white. I was trying to write myself into history.”

It was a teacher who did a creative writing activity for Easter that helped Dove discover poetry. She recited a poem about a rabbit with one droopy ear, noting that the rabbit’s struggle to fit in mirrored her own feelings of not fitting in. She talked of being so excited while writing it, because she wanted to know how it would turn out. “This is important,” she noted “even while writing, you are discovering something about yourself.”

Another student asked about understanding difficult poems, and Dove shared that as the Poet Laureate, she had often received letters with this same question. “For me, poetry is not exalted,” she said. “It is down on the streets, it’s about life. It is life.” And often these letters would then go on to tell Dove how a poem had moved them. She laughed. “If a poem moved you, you didn’t get it wrong.”

Students also asked about the challenges of writing poems. “It is always an act of bravery to write,” Dove replied. “This is multiplied when you have to explain your experience, and where you come from, because they haven’t heard it before. But I prefer to think of it as an opportunity to describe your world so others can understand it.”

Her resilient attitude continued when she was asked how to handle criticism. “Of course it hurts sometimes,” she said, “but the question is, how soon can you shake it off? And you can learn a lot from criticism.” Dove explained that a writer must separate themselves from their writing, so that when someone criticizes their work, they don’t take it personally. “The criticism is on the work, not the person,” she noted. “And it’s an opportunity to look closer at your work and ask, is this communicating what I meant?”

Dove read a few more poems for students, who continued following along and gave her a thunderous applause at the end. Literary Arts wants to thank OSU faculty, especially Susan Rodgers, Karen Holmberg, and Jennifer Richter for providing the author visit and books for students, as well as Roosevelt librarian Betsy Tighe and teachers Ms. Mitchell and Ms. Roix. And last but not least, a huge thanks to Rita Dove!! 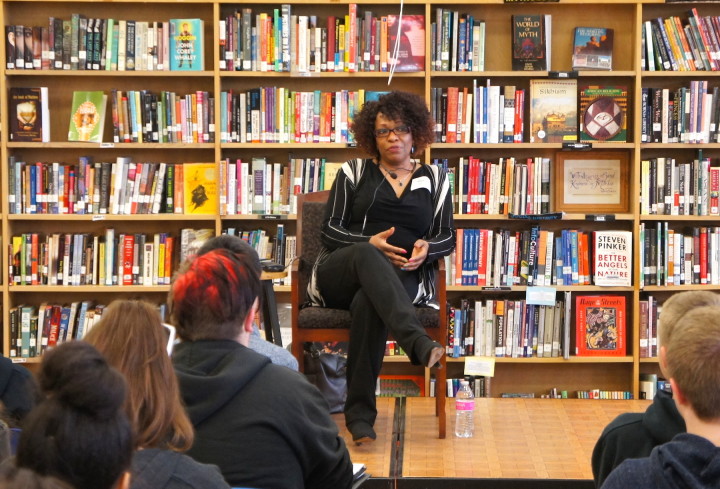 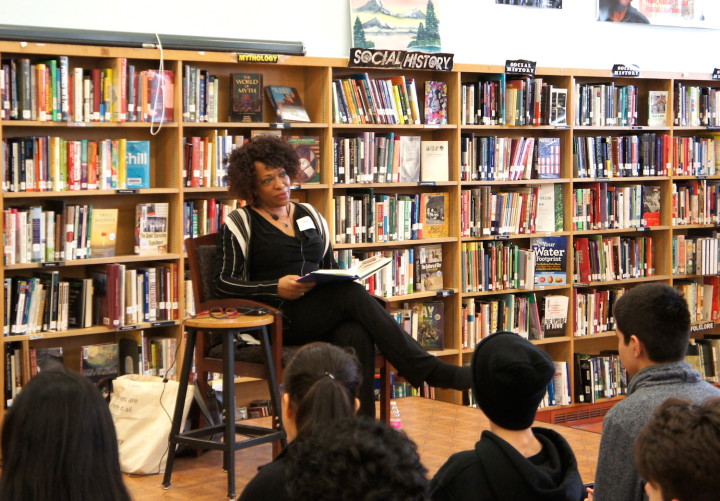 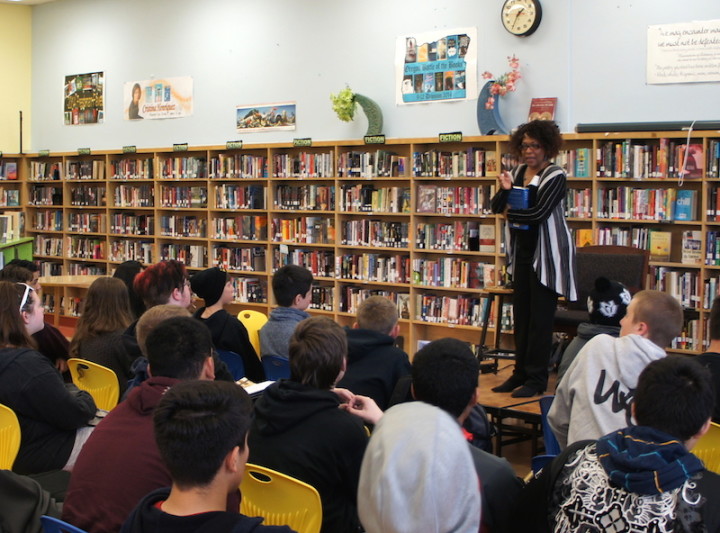