“So are you guys ready to get this party started?” Anis Mojgani said into the microphone. The packed house cheered enthusiastically in response. It was Monday, April 18, and Portlanders had filled the seats at Newmark Theatre for Verselandia! Poetry Grand Slam, an event featuring students from Portland, Gresham and Park rose public high schools.

This year marked Verselandia!’s fifth anniversary. The event is a result of a partnership between Literary Arts’ Writers in the Schools (WITS) Program and Portland Public Schools teachers and librarians, who host poetry slams at participating high schools and send the top contenders to compete at the grand slam.

“That was pretty good, but most of it came from the poets,” said Mojgani, after the cheering had died. A ripple of laughter passed through the theater. The evening was unusually warm for April, and many audience members fanned themselves with their programs.

“So I’m gonna ask one more time, are you ready to get this party started?!” Mojgani said again. At the colossal roar of responding sound that swelled and crashed into the stage, Mojgani shouted, “Yes! That’s what I’m talking about, Portland!”

Mojgani, a two-time National Poetry Slam champion, author of three poetry collections, and Portland resident, has participated in four of the five Verselandia!s. Before officially kicking off the event, Mojgani expressed his appreciation to Literary Arts for fostering such a unique and vital event.

At stage right, the first few rows of seating crackled with energy. These seats held the 20 students slated to perform, as well as alternate poets from a few schools. Students from Benson, Cleveland, Franklin, Grant, Gresham, Jefferson, Lincoln, Madison, Parkrose, Roosevelt, and Wilson high schools, as well as the Metropolitan Learning Center, vibrated in their seats, waiting their turn to take the mic.

Performance order had been drawn at random before the show by Verselandia! organizers; the students themselves had no idea when they would be called upon to perform.

During the sound check prior to the event, the teen poets were unmistakably high schoolers – using funny voices at the mic, having conversations about Snapchat, concerned about where to stash their backpacks and how to get to the bathroom. The students were gently and repeatedly corralled by Mojgani and Mary Rechner, the WITS program director, to ensure each of them knew how to adjust the mic, spot the timekeepers, and enter and exit the stage.

However, during the slam, the teens were transformed, taking the mic with an almost uniformly electrified, polished presence that spoke to their passion and dedication as writers and performers. The subject matter of their poems was equally sharp and mature; students spoke articulately on topics such as race, feminism, queer identity, the pressures of school, and family tensions.

At the conclusion of each poem, the judges held their scorecards aloft, and Mojgani read each score from low to high. The scorekeepers discarded the highest and lowest marks and averaged those remaining to determine the poet’s score for that round.

The audience could see the judge’s scorecards, and were not quiet about their feelings; scores of a six or lower generally elicited booing, while higher scores were wildly cheered and applauded.

At the mic after reading each score, Mojgani reminded the audience that the point was the poetry, not the points. This message was not lost on the full theater; no matter the performer, subsequent ovation was wild and sincere. Poets cheered one another on and applauded their competitors.

After an intermission, second round of the top 11 poets, and a performance by Mojgani while the final scores were tallied, the top five scores were determined, and first through fifth place poets took the stage to roaring applause.

An enormous thanks to the hardworking librarians and staff who hold qualifying poetry slams at their high schools, and who nurture the young poetry slam community throughout the year! 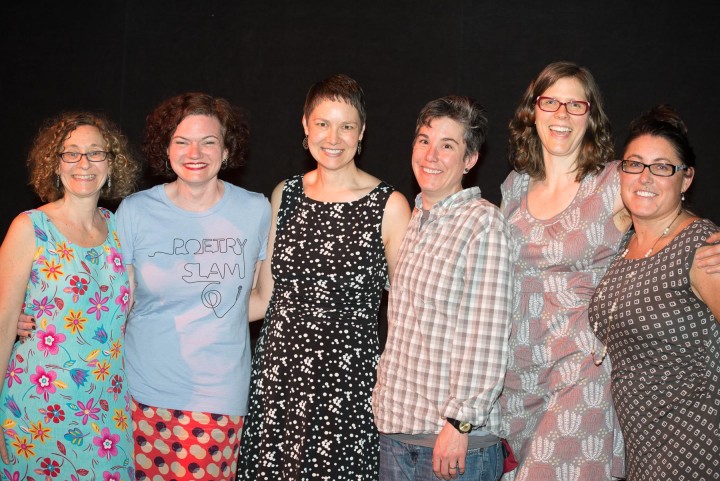 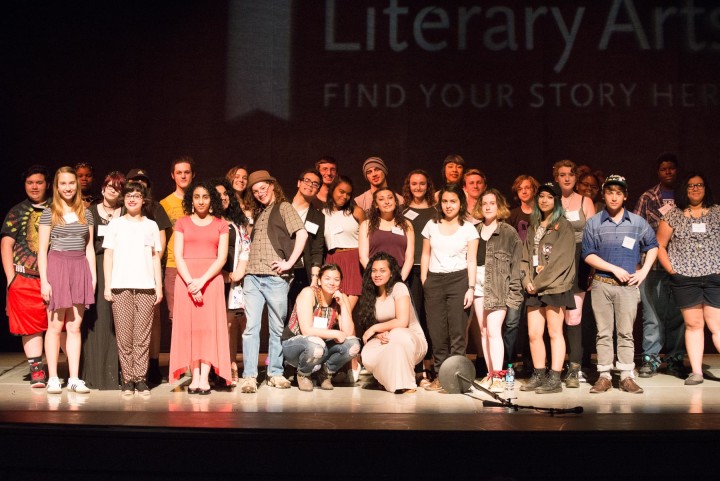 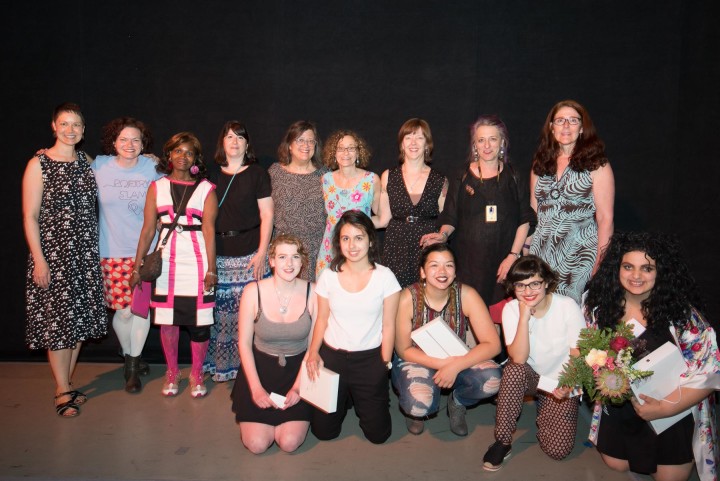 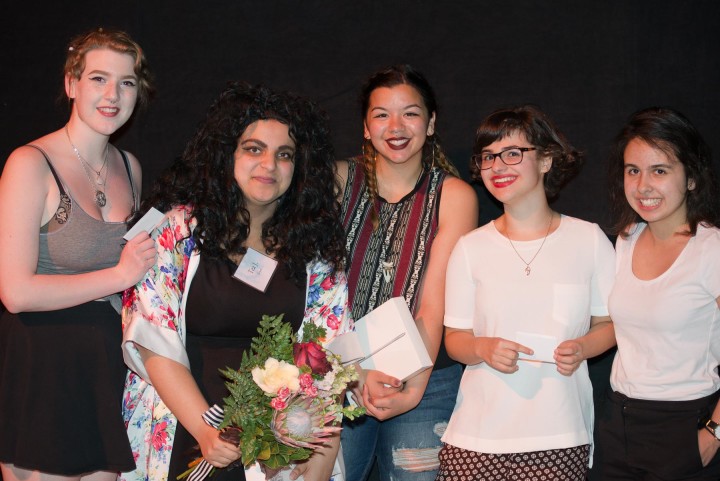