Last Wednesday, Writers in the Schools brought Nike creator Phil Knight to his alma mater, Cleveland High School, for an author visit. In a pair of black Air Max sneakers, Knight returned to his old campus and made his way to the school library. For the discussion, Knight was joined by Literary Arts’ Executive Director Andrew Proctor, who interviewed Knight before handing the floor over to students for questions.

“Seems like just the other day I was sitting in the back—always in the back,” Knight recalled with a laugh as he surveyed the room of 75 students in the library. These students, each holding a copy of Knight’s recently published memoir, Shoe Dog, were prepared to ask questions. Eight drafts and three years in the making, Shoe Dog is an intimate account of Knight’s tenacious rise to becoming one of the most successful entrepreneurs in the world.

“I wrote for the student paper, the Blotter. Someone told me it’s now called the Clarion,” Knight said. Knight’s been writing sporadically ever since. At the University of Oregon, he had a column called “Duck Tracks” and graduated with a degree in journalism. Ten years ago, he took a creative writing class at Stanford. Knight explained that whether he’s writing his yearly Chairman letters for Nike or answering emails, writing invariably bleeds into his business. “I never let anyone write my own speeches because no one sounds like me,” he said. “Presenting your point of view is very important.” 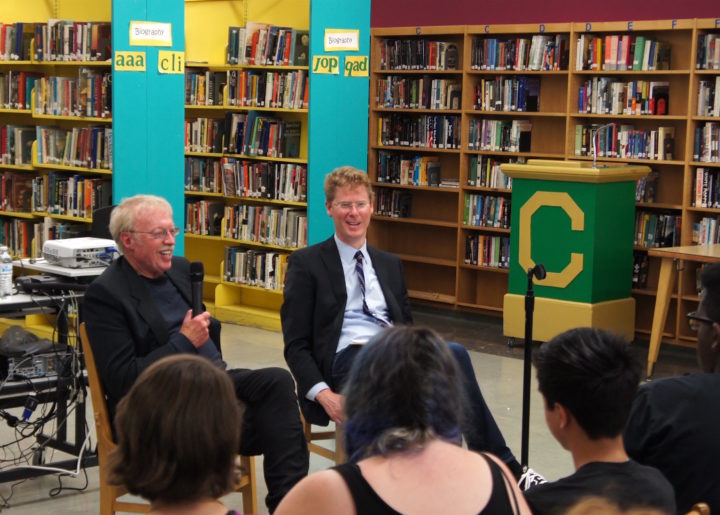 One student asked why Knight decided to write a memoir. Knight responded, “I initially had no interest in writing a memoir—for the last twenty years people have been asking me to write one. I’m seventy-five years old now. After I’m gone, a lot of people might want to write about me and I’d prefer if my grandchildren saw it through my eyes.” The next student asked Knight how he’s been able to balance his success with his sanity. “You think I’ve been able to do that? All of your life is about balance,” he answered.

“What is the most important book you’ve ever read?” another student asked. “Nothing immediately jumps to mind,” Knight responded. “Once, an importer gave me a book on how to do business with the Japanese and it was very, very helpful,” he added playfully. After some careful thought, Knight cited books about World War II. “I sometimes think of business as war without bullets, so I thought there was a lot to learn in those history books.”

Despite Nike’s success, Knight hasn’t eased up on his vigilance. When Proctor asked, “What’s the threat to Nike now? What worries you now that there’s such dominance?” Knight replied, “Dominance can be temporary. With new lines coming out, every year is like you’re a new company again, so it better be good.”

The conversation shifted to Knight’s former track coach and founding partner, Bill Bowerman. “I heard Bill Bowerman did weird things to initiate people into the track team,” one student said. “He did a lot of weird things,” Knight laughed, and told a story of when Bowerman sat in a blazing car for twenty minutes and then pressed a hot key into distance runner Kenny Moore’s leg. “Bowerman used to say that the most important thing for a teacher to do is to get a student’s attention. He definitely got mine,” Knight said with a smile. 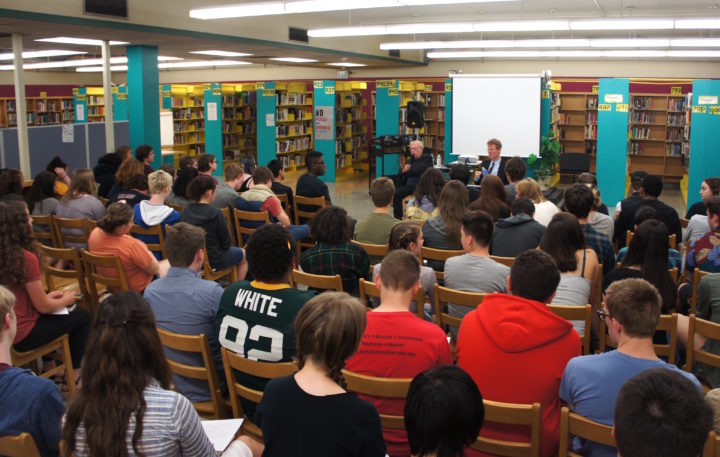 A Cleveland faculty member asked, “What do you want to be remembered for?” Knight answered with what he’d like his tombstone to read: “He gave it his all.”

Another student asked what Knight would like to tell his younger self. “If you don’t know what you want to be yet, you’re lucky. If you do, rethink it,” he said. “Education is hugely important.”

Knight spoke about how traveling the world has given him a sense of spirituality and culture. “Now that you’ve seen the world, what’s left?” someone asked. “What I’m going to see, I’ve seen.” Knight replied. “My favorite place in the world is a ranch I have in Central Oregon when the weather is good…which it’s starting to be right about now.”

WITS would like to thank Cleveland’s Vice Principal Katy Wagner for coordinating the visit to Cleveland, and also thank teachers Jamie Incorvia, Vanessa Hughes, and Alex Gordin, who brought students to the visit and helped them prepare to ask questions. 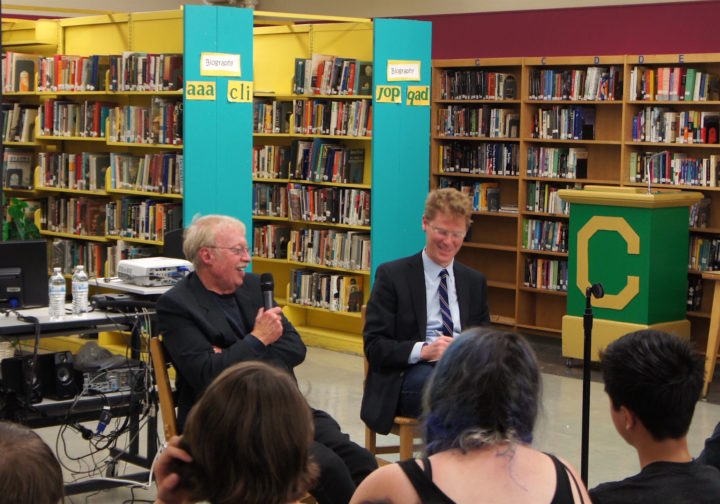 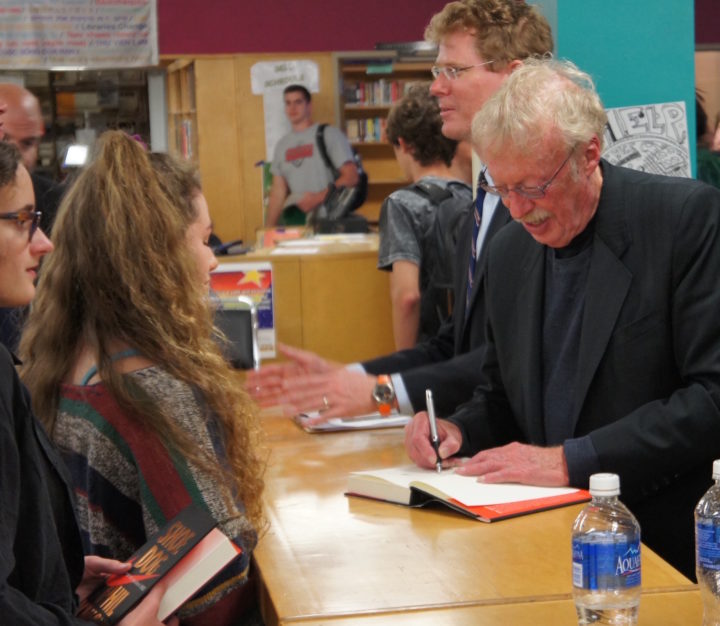 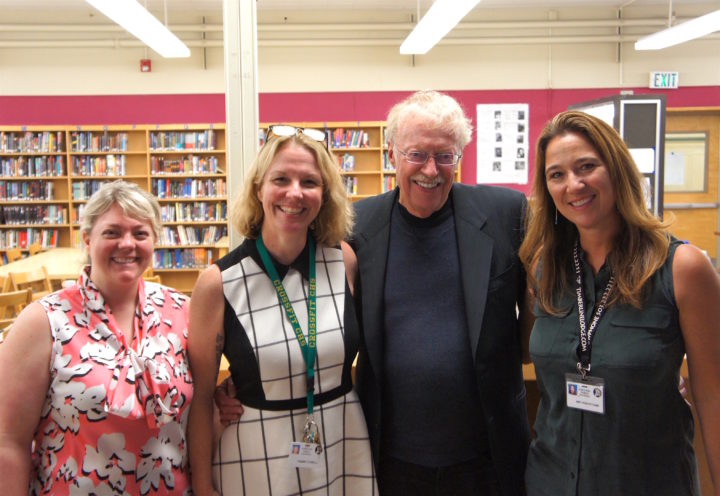