[by Adie C., a student at Madison HS]

I met my friends Ally and Kira at the Arlene Schnitzer Concert Hall, and then we all walked about a block to get our tickets near the Portland Art Museum. I had been looking forward to Wordstock for a long time, and was extremely excited. After we got our red wristbands, allowing us into the different events, we walked back to the Schnitz. We had a hard time picking our seats, because we wanted to have a good view. We went from the lower tier, down to near the front of the stage, then back up to the lower tier. We finally sat down with thirty minutes or so to go, and watched funny cat videos as we waited.

Sherman Alexie walked out at 10 a.m. with an interviewer from OPB. Alexie was hilarious, and made the audience laugh many times. He read his new children’s story Thunder Boy Junior, making jokes along the way. The main character is a young boy of color, which Alexie explained made other children of color feel happy and represented in books. He also talked about the North Dakota Access Pipeline, and called himself an environmentalist. I have read different essays by him and one of his novels, The Absolutely True Diary of a Part-Time Indian, so it was nice to hear him in person. I am really glad I went to listen to him, and it was really enjoyable because it sort of felt like I was at a comedy show.

Ally left after that, and then Kira and I went to the Portland Art Museum to look at the Andy Warhol exhibit. We got in for free with our Wordstock wristbands, so we took advantage of that and looked at other exhibits as well. Afterwards, we went to a restaurant named Fireside for lunch. Then we got boba tea at Tea Chai Té (which is one of the best places ever). We sat down for a while outside on a covered porch, because it had been raining off and on throughout the day. At two o’clock, we took the streetcar back to Wordstock. 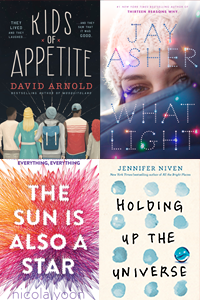 Jennifer Niven, Nicola Yoon, Jay Asher, and David Arnold were at The Old Church, accompanied by the host, a Multnomah County Librarian. We got a little lost finding the building, and were speed-walking/skipping/jogging to get there on time so that we could sit in the front row. We were kind of freaking out, and were very anxious to hear the authors speak.

Each writer talked about their new books and then answered some questions that the Librarian asked. Towards the end, the microphone was opened up to the audience.

Someone walked up and asked, “What advice would you give to young writers?”

David Arnold invited her up onto the stage and let her sit in his seat. As she sat in front of the audience, getting to see what it is like to be an author, the other writers gave her some tips. Similar to the Sherman Alexie event, the young adult authors talked about the importance of having protagonists of different ethnicities. They spoke about how there is a lack of books with diverse characters. It is nice to know that the writers who were there, especially Nicola Yoon, are trying to change that. They all seemed very nice and in love with their careers.

After the authors were done speaking, we raced to the building where we would be able to meet them. We got our books and bookmarks signed, then we were planning to get dinner at the Whole Bowl cart. It was raining pretty hard when we walked outside, and we were a little sad to find out that the car was gone before six. However, the day was so great that it was hard to stay upset for long. Then we walked back to Kira’s dad’s apartment and and watched TV as I waited to be picked up.

One theme I noticed was the need for more diverse protagonists in books. It has made me more conscious of the books I am getting, and I am going to make sure I read stories about many different people with many different perspectives. This year was my first time going to Wordstock and I really enjoyed it. I cannot wait for next year and am already wondering about which authors will be attending. 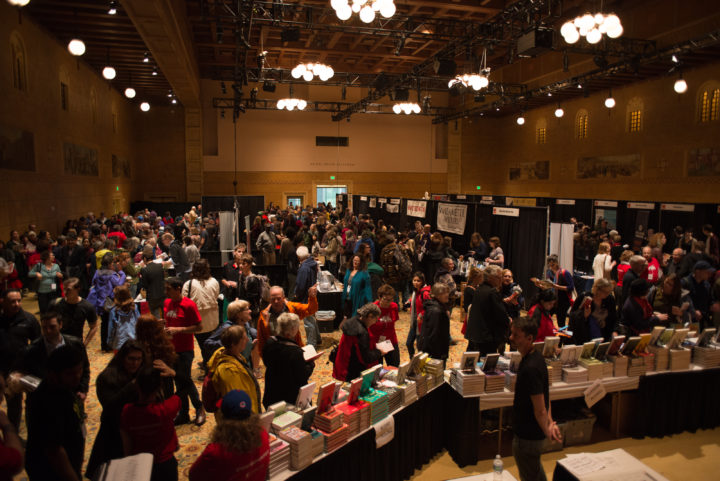