We visited Grant High School to see WITS writer Turiya Autry working in Courtney Palmer’s classes. Autry is teaching in two sections: African American Literature and Latin American Literature. For the latter, she began by asking the twenty-two students in class, “What are a few issues that concern you? Or things you take issue with?” 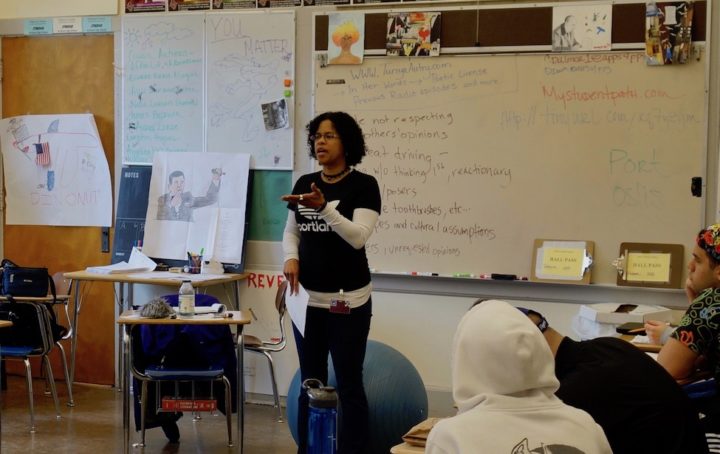 Several hands shot into the air. “Backseat driving!” said one student. “People not responding,” said another. Autry wrote each contribution on the whiteboard. “Fake people,” said another. “The fact I can’t recycle my toothbrushes.” 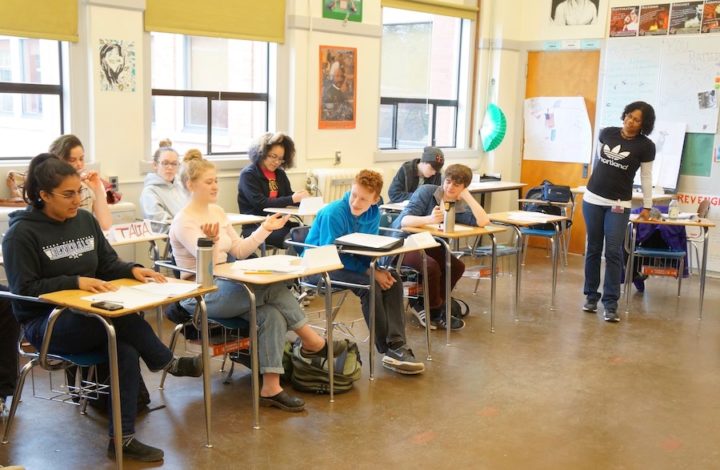 Autry stopped writing. “What is a co-signer?” she asked.

“Like, when you’re trying to say something and someone gives you their opinion without asking for it.”

“I like that,” said Autry. “Co-signers.” She wrote it on the board, then asked students to look at the worksheets she had passed out at the beginning of class, specifically the charts at the bottom. “Write one of these issues, or any issue that bothers you, in the center of the circles. Then write in each circle who is impacted by that issue.”

On the example, “global warming” was written in the center, and surrounding it were “polar bears,” “people,” “oceans,” “the weather,” and “bees.” The room fell silent as students got to work. 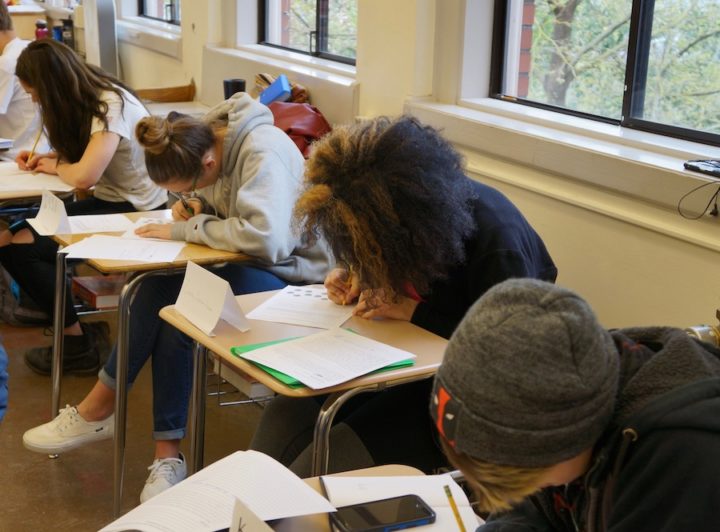 Once everyone had written down a couple issues and their impacts, Autry had them pick partners and share what they had written about. “See if you can come up with more things that are impacted. Get creative.”

There were lots of grins as students shared their concerns; it seemed that everyone had something to talk about at length. 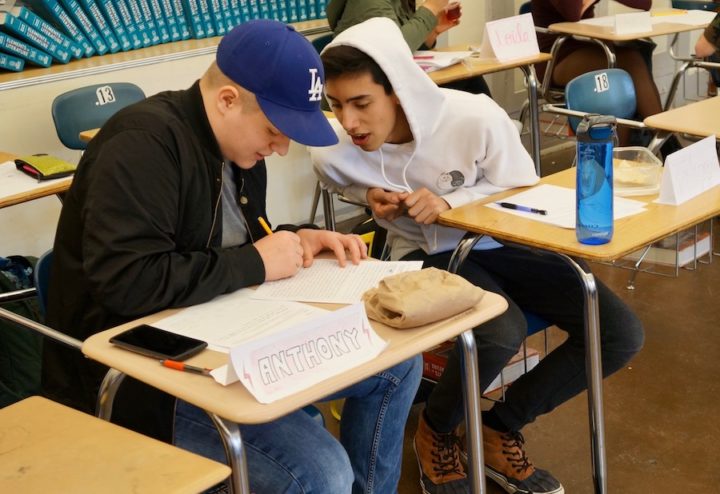 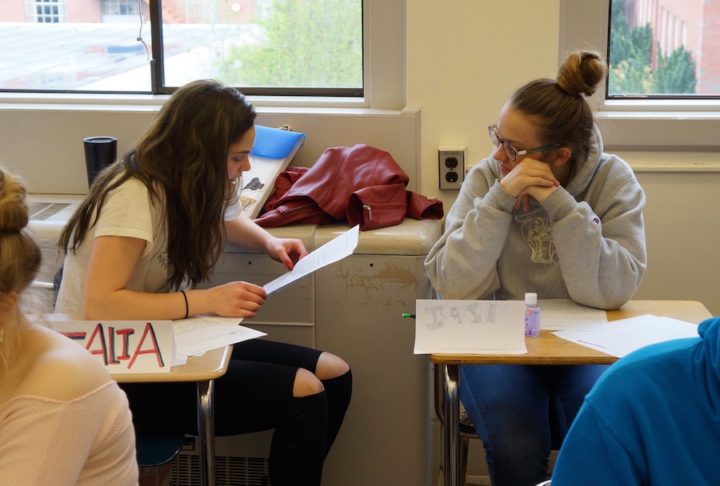 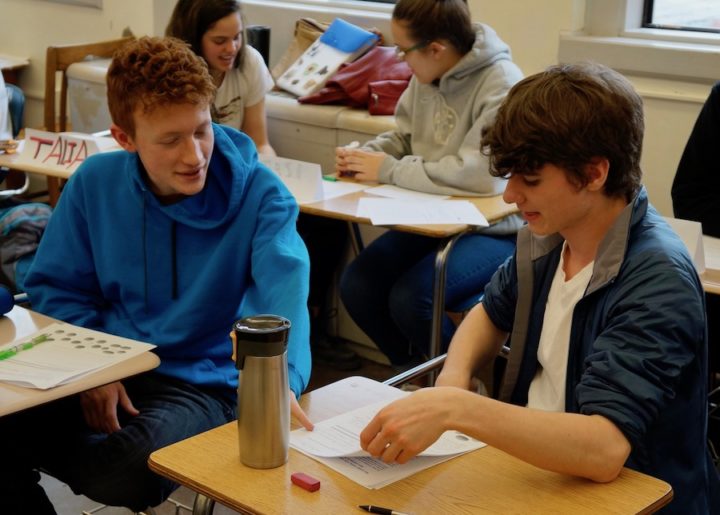 Autry circled the room, chiming in on a few conversations and laughing with students. It was clear Autry had built a great rapport with students during the WITS residency. 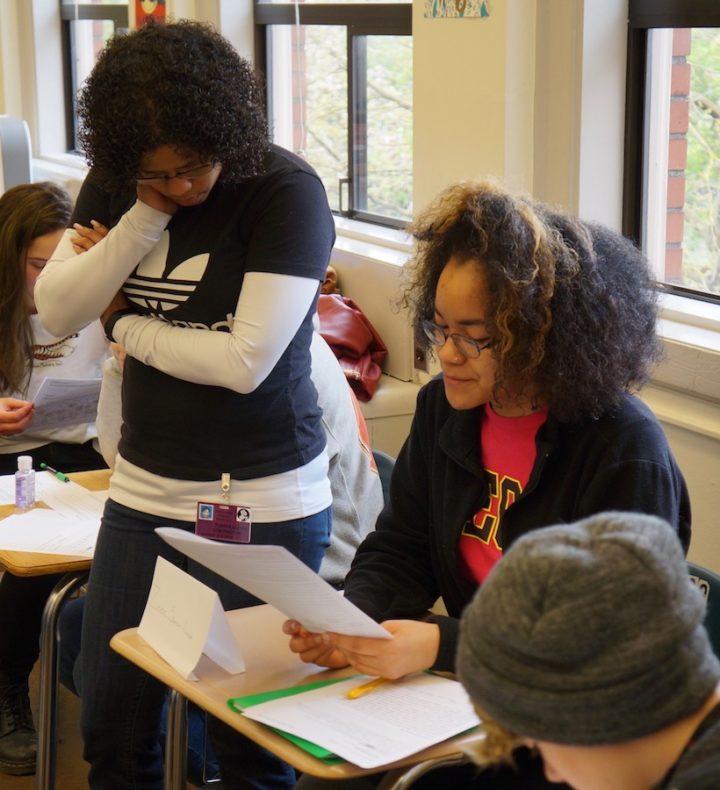 Again the room fell silent as students bent over their papers and began writing. We took this opportunity to ask teacher Courtney Palmer about her experience with WITS, since this is her first semester hosting a WITS writer.

“I knew about your program from other teachers who had WITS writers,” she said. “And it’s a great opportunity. Students don’t get a lot of time to write creatively and express themselves. And especially with these subjects (African American Literature and Latin American Literature), I wanted students to have a writer in the classroom who reflected the material and could provide a perspective that I, as a white person, couldn’t provide.” 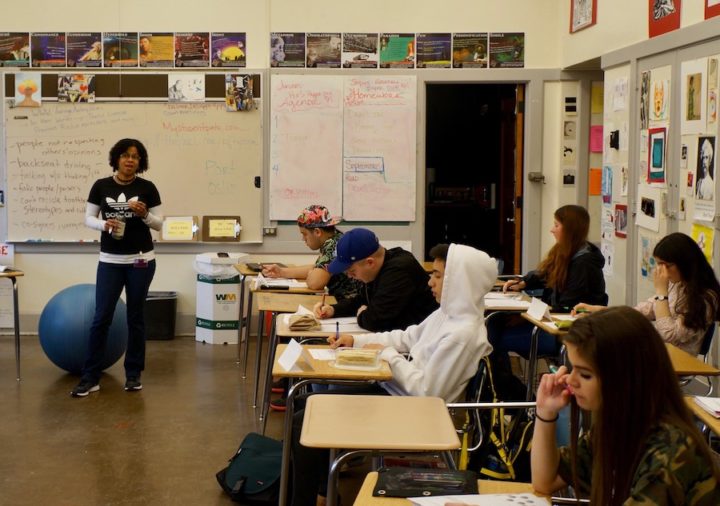 Once the students had done a significant amount of writing, Autry asked them to share their work. “It can be a paragraph, or a line, or simply a word,” she said. 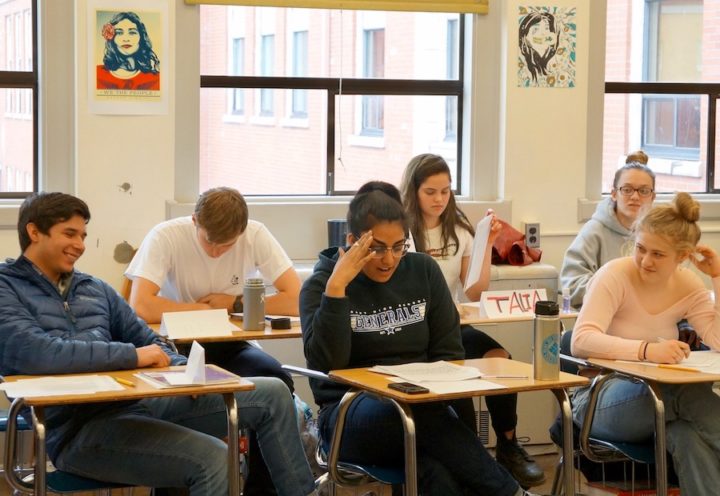 After several students had shared some of their work, Autry encouraged them to take another pass and do some revision and editing. “When you’re done, I’m saving some time at the end of class to do some recordings for my radio show.” Autry hosts Poetic License on KBOO FM.

Several students volunteered to read their writing. During each recording, the classroom was silent as the student read aloud. Each reader was applauded after they finished. 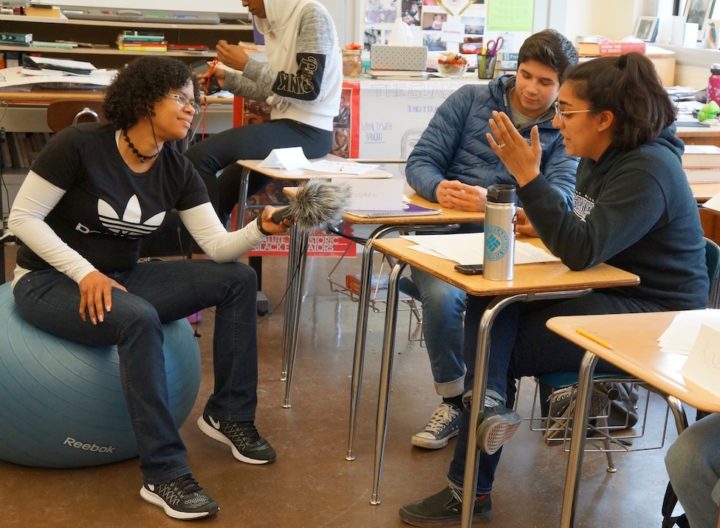 WITS would like to thank Turiya Autry, Ms. Palmer, and the students for letting us visit their class and take photos–it’s always fun to see students creating new work and hear them share it. We’re excited to hear their work on KBOO and hope they’ll submit work to our WITS anthology so we can publish them!