We’re thrilled to introduce the 2018 Oregon Literary Fellowship recipients with individual features on our blog! Out-of-state judges spent several months evaluating the 400+ applications we received, and selected eighteen writers and two publishers to receive grants of $3,500 each. The 2019 OLF applications will be posted at the end of April, and the deadline will be Monday, July 9, 2018.

Jacob Aiello lives in Portland, Oregon with his wife, dog and three cats. In the past ten years he has married the aforementioned wife, euthanized two dogs, passed a kidney stone, visited Kansas and amassed a collection of short fiction and creative nonfiction. Some of these stories have been published in or are forthcoming from Nailed, december, Big Lucks, Quarter After Eight, Atlas & Alice, Storm Cellar Quarterly, Fiddleblack, Menacing Hedge, SmokeLong Quarterly, Litro Magazine and Storychord, among others.

Pattern recognition. My wife, Amy. In terms of literary inspiration, Perfect Day Publishing consistently amazes me with everything they put out, and specifically Martha Grover’s One More For the People and Michael Heald’s Goodbye To the Nervous Apprehension really inspired me to try my hand at creative nonfiction in the first place. I can’t recommend their entire catalog enough.

Creating inopportune moments to write. I’ve never been someone who can sit in front of a computer or a sheet of paper and write. I write mostly when I’m in bed just about to fall asleep, when I’m in the shower, driving on the freeway, and then repeat the sentences over and over in my mind, whittling them down until I can remember them the next morning, when I get out of the shower, et cetera, write them down. It is not especially efficient.

I think being included among so many amazing past fellowship recipients, so many of whom I’ve read and admired. I also only started writing creative nonfiction about three years ago after over a decade of writing short stories, so this kind of validation definitely makes me feel like I’m on the right track.

I’m just finishing a collection of personal essays I’ve been working on about family, reckoning with their disparate histories while my wife and I struggle to create a family of our own. Also vacuuming.

Excerpt from “UNITS OF MEASUREMENT”

It’s hard not to see fate in the coincidences. For example, that Amy’s second miscarriage occurred within days of the due date of the first, or that the third missed the first’s one year anniversary by less than a week. It’s not often that failure and grief fit so neatly into units of measurement. My mom considers them cosmic signifiers and finds them in the number seven. She’ll fly up to visit us and first thing she says off the plane is, “Guess what row I was sitting in?”

“Seven,” I say, even though I know this is a rhetorical question.

“Seven!” she cries out with glee.

She was born on the seventh day of the seventh month in the seventh arrondissement in Paris, and gave birth to me at 7:00 in the morning after seven hours labor, but those are the highlights. These days it doesn’t seem like a reach to her at all that we live seven hours apart by car, or that this year, this terrible, horrible, tragic year, I turned 34. “Three plus four equals seven,” she points out to me sagely. “It doesn’t just mean good things.”

The plan had been to get the ultrasound on Tuesday as a last-minute reassurance that it was real, that it was healthy, before we drove down to Mount Shasta on Thursday to share the good news. It was really more of a formality, I assured myself, I assured Amy, Amy assured me. We’d already seen the heartbeat, especially strong at just seven weeks.

The ultrasound technician told us she was unable to tell us anything. We’d have to wait until the results were reviewed by a radiologist, she said, who would then give us a call by end of day. “What does that mean?” I demanded. “Did you see the heartbeat or didn’t you?”

“That’s just because it’s bad, isn’t it?” I insisted. “Because the technicians have never had any problem letting us know when they can see a heartbeat, so if you can’t say anything that obviously means you didn’t, right? Am I right?”

In the corner, Amy quietly put her clothes back on and didn’t say anything. Neither of us said anything as I drove us home. She smoked her first cigarette in five weeks. “It’s not nearly as satisfying as I thought it would be,” she said. I parked on the street and Amy waited in the car while I herded all the animals in the apartment into the bedroom and closed the door. She said she didn’t want to see them just yet, especially not Seymour, our new dog, who was always happy to see her when she got home.

The trip to Mount Shasta had already been planned for several months, our time off from work already requested and approved. It was Amy’s idea not to cancel. The D and C wasn’t scheduled until the following Monday and sitting around the apartment for the next five days feeling sorry for ourselves didn’t appeal to either of us. After all, my mother is nothing if not distracting. Seymour got carsick on the drive down and vomited at Amy’s feet, but we’d anticipated this and draped a blanket across the floorboards to catch it.

This is our third miscarriage, which is significant. Three is the number after which her fertility doctors have said we should start considering other options. Three is also the number of miscarriages my mother had before she had me. During our visit she reminded Amy of this over the course of long, heartfelt, tearful talks while I cooked and organized her studio.

“It doesn’t surprise me to learn that Jacob Aiello is the author also of a collection of short stories. Each of these pieces of narrative nonfiction is immediately absorbing, delicious in its headlong escalation of circumstances beyond the narrator’s control, and immersive in the author’s management of nested memories. I had no time to be impressed, I was too involved in the chase and flight of the psychodynamic action.” 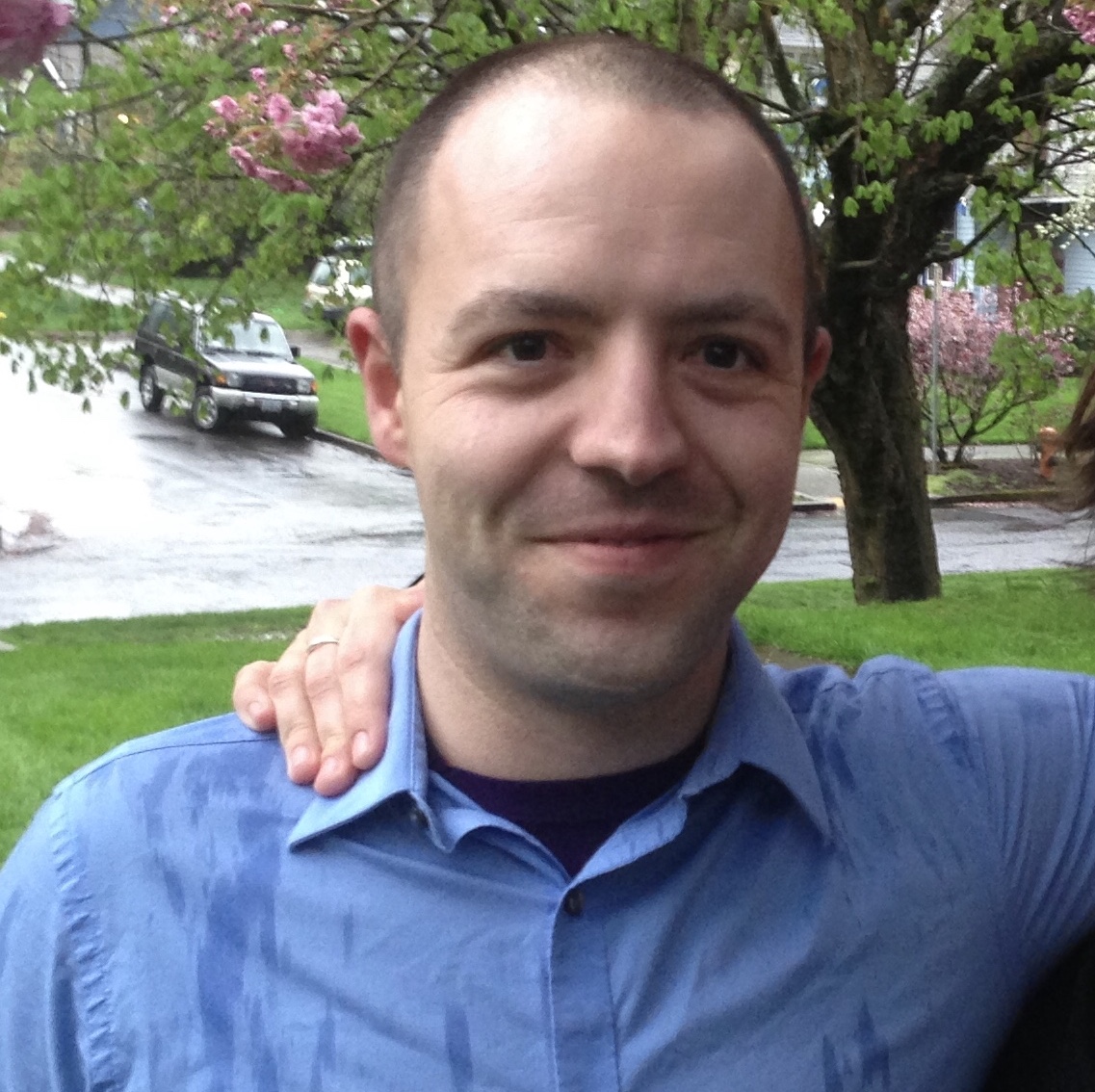