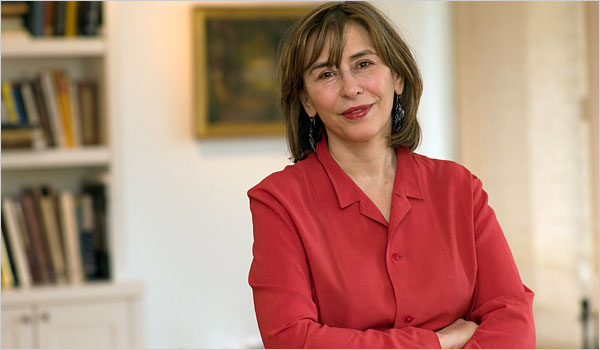 This episode of The Archive Project features Azar Nafisi, author of the acclaimed Reading Lolita in Tehran: A Memoir in Books. In her lecture, Nafisi discusses Iranian literature and how it serves as a source of identity. She examines the fundamentalist Muslim identity in comparison to the national identity, concluding that people must focus on the literature of a nation in order to truly understand a culture. She also reflects on her life in England and her personal need to preserve Iran in her memory, and how that drive ultimately lead her to fall in love with fiction.

“The worst crime you can commit is to be blind towards others—to impose the dreams you have on the reality of other people.”

“Fiction is so important because against the fragility and fickleness of life, literature preserves all the passing moments that are constantly dying and we are constantly losing.”

Azar Nafisi is an acclaimed writer, journalist, teacher, and activist. Her most famous book, Reading Lolita in Tehran, is a memoir about her experience as an educator during the Islamic Revolution in Iran. The book spent 117 weeks on the New York Times bestseller list and has been translated into 32 languages. Nafisi’s teaching experience includes Oxford University, Johns Hopkins University, and the University of Tehran, where she advocated for Iranian intellectuals and youth, specifically young women. Nafisi was dismissed from the University of Tehran in 1981 for her refusal to wear the mandatory Islamic veil. She returned to the United States in 1997 and began working on Reading Lolita in Tehran, writing, “I left Iran, but Iran did not leave me.” Nafisi’s essays have been featured in The New York Times, The Washington Post, and The Wall Street Journal, and her 1999 cover story for The New Republic, “The Veiled Threat: The Iranian Revolution’s Woman Problem,” has been reprinted into several different languages. Her 2014 book, The Republic of Imagination, examines the vital importance of fiction in a democratic society and serves as a long-awaited companion piece to Reading Lolita in Tehran.