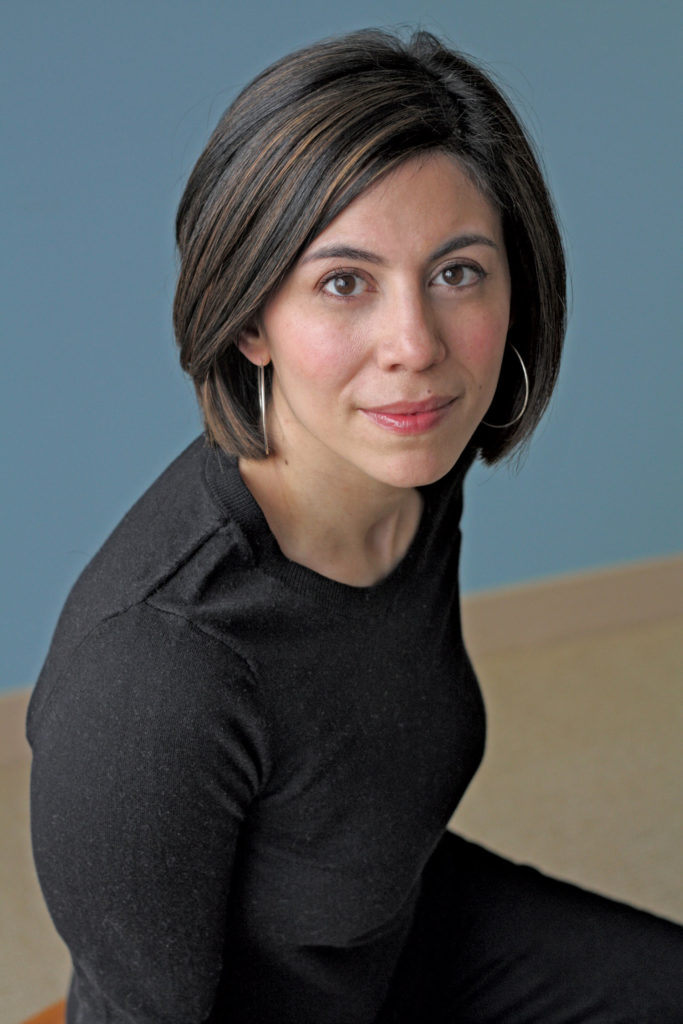 2016 Everybody Reads author Cristina Henríquez discusses the power of fiction to forge stronger bonds of community and empathy.

In this episode of The Archive Project, Cristina Henríquez discusses the real-life inspirations behind the characters in her novel, The Book of Unknown Americans, namely her parents and the various communities she engaged with when moving to several different cities throughout her childhood. She goes on to discuss the power of imagination, fiction, and reading to help people build stronger connections to one another, stating, “That’s the power of stories. They deepen our empathy. They expand it. This is one of the things in particular that fiction does. And it does it through a feat of imagination. Because of words on a page arranged in a particular order, it allows you, the reader, to imagine someone else’s life.”

The 2016 Everybody Reads pick, The Book of Unknown Americans explores the lives of two families who have come to the United States from Mexico and Panama, as well as the experiences of men and women who have immigrated from all over Latin America, as they pursue different versions of the American Dream. Everybody Reads is a community reading project of Multnomah County Library, made possible in part by gifts to The Library Foundation. The Everybody Reads program celebrates the power of books in creating a stronger community through a shared reading experience.

“When I read a book, or when I go to a movie, part of what I’m seeking is that emotional connection to the characters of the story. I hear people say sometimes that they read a book because they want to escape. But for me it’s just the opposite. I don’t want to escape life. I want to see it. I want to see it in new ways, from new angles and new perspectives; I want to dive deep. That’s why I turn to books. And I want to give readers that experience too, even if it’s painful, especially if it’s painful. I want to break your heart.”

Cristina Henríquez grew up in Delaware, where her novel The Book of Unknown Americans is set. She discovered her love of writing in high school, when a boy she had a crush on gave her journal to write her feelings down in. “For the first few weeks, I was writing to him, spilling my feelings upon the page with relish,” She recalls. “But it didn’t take long before I found I was writing for myself and for the sheer enjoyment of the act of writing. I was hooked. I sat down at the end of each day and scribbled page after page, experimenting with new ways of saying things and reveling in a feeling of absolute freedom.” Though the boy never returned her romantic feelings, Henríquez had found her passion. She went on to earn her undergraduate degree from Northwestern University and her MFA from the Iowa Writers’ Workshop. The Book of Unknown Americans was chosen as a New York Times Notable Book, one of The Washington Post’s top 50 fiction books, and an NPR Great Read, among other accolades. Other works by Cristina Henríquez include Come Together, Fall Apart: A Novella and Stories, which was a New York Times Editors’ Choice selection, and the novel The World In Half. Her work has been published in a variety of journals and anthologies, and she is a recipient of the Alfredo Cisneros Del Moral Foundation Award, a grant started by Sandra Cisneros.

“Too often, it seems to me, sameness is what people are after. And the reason, of course, is that sameness is easier. Sameness coddles us; it makes us feel comfortable and safe. I know this space, it makes us think. I know what to do here and how to behave. I know what’s expected. I can just be, without having to try very hard. Difference, on the other hand, is disruptive. It challenges us. It requires us to learn something new, or to adapt, or even just to listen. But it asks something. It puts the burden on us.”