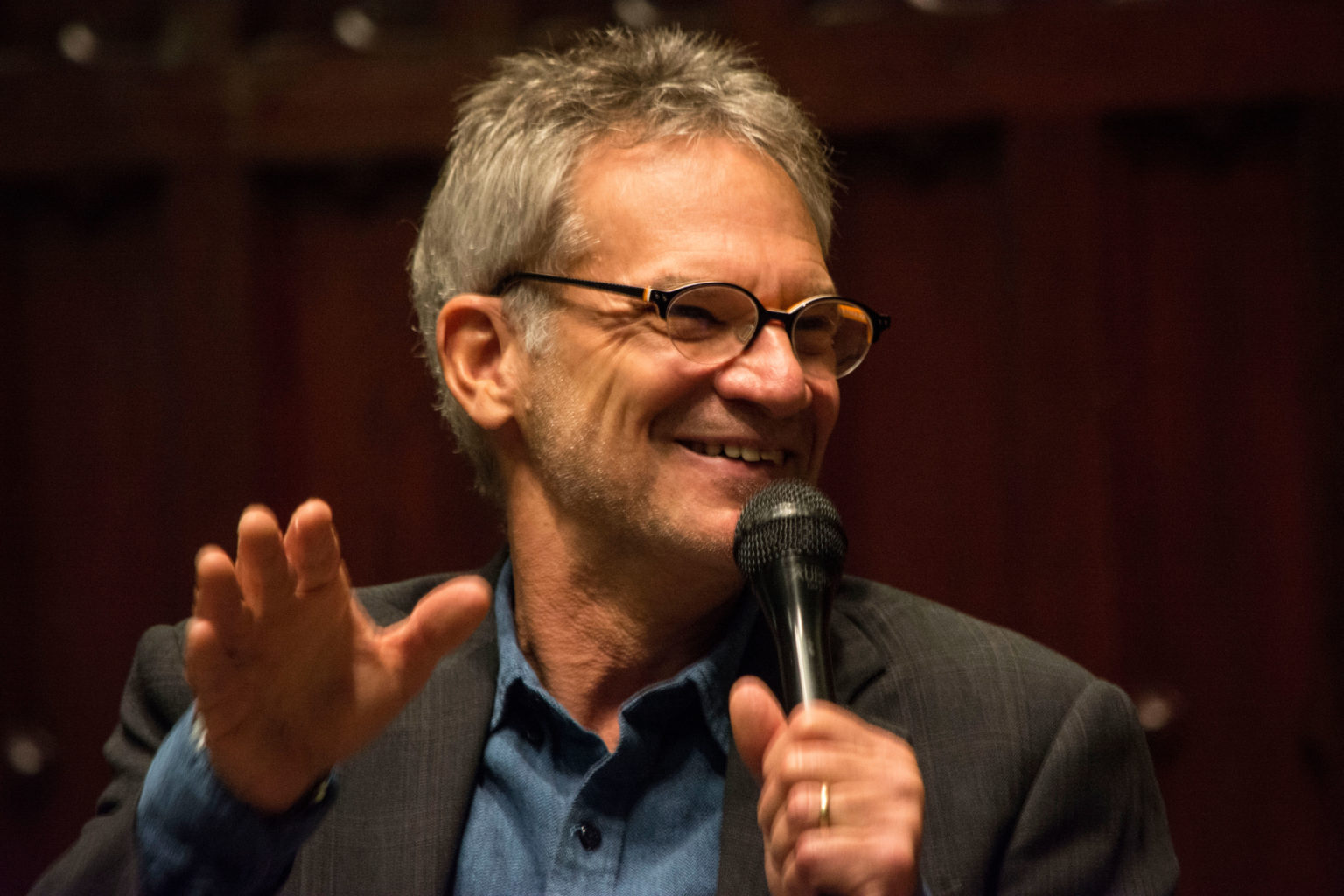 Award-winning authors John Krakauer and Barry Lopez discuss their lives and their work at the Portland Book Festival on November 7, 2015.

Critically acclaimed, best-selling authors Jon Krakauer (Missoula, Into the Wild, and more) and Barry Lopez (Outside: Stories, Arctic Dreams, and more) are known for writing about human nature in confrontation with the natural world: from summiting Everest to our relationships with wolves and everything in between. In this conversation at the 2015 Portland Book Festival (formerly Wordstock), the two American literary legends discuss both the raw natural world and the interior nature of humanity.

With Arctic Dreams, I loved so fiercely where I was and the people who opened the doors so I could see it better…and my belief really was that if I could do the right kind of work, it would help people understand the grace in their own interiors.” – Barry Lopez

“There’s something about putting yourself at the mercy of nature, where the risks are real, that enforces a certain humility that is valuable.” – Jon Krakauer

Jon Krakauer spent his childhood in Corvallis, Oregon. At the age of eight, he began mountaineering with his father. This activity sparked a lifelong obsession with wilderness landscapes, and in 1996, Krakauer set forth to climb Mt Everest. While he and his five companions successfully reached the summit together, only Krakauer and one other climber made it back down the mountainside, a harrowing experienced he shares in his 1997 New York Times bestseller, Into Thin Air. Krakauer’s other nonfiction books include Into the Wild, which spent more than two years on the New York Times bestseller list; Under the Banner of Heaven: A Story of Violent Faith; and Where Men Win Glory: The Odyssey of Pat Tillman, for which Krakauer spent five months embedded with combat forces along the Afghanistan-Pakistan border. His most recent book, Missoula: Rape and the Justice System in a College Town, was published in April. Krakauer is the recipient of a National Magazine Award and an Academy Award in Literature. Of his work, the American Academy of Arts and Letters has stated, “Krakauer combines the tenacity and courage of the finest tradition of investigative journalism with the stylish subtlety and profound insight of the born writer.” His writing has appeared in Outside, National Geographic, Rolling Stone, and The New Yorker, among others.

Barry Lopez moved to Oregon in 1968, after dividing his childhood between Southern California and New York City, as well as a brief stint in the Midwest for college. His nonfiction often explores the relationship between physical landscapes and human cultures. His books include the National Book Award winner Arctic Dreams and the National Book Award finalist Of Wolves and Men. He has also written eight books of fiction, published two collections of essays, and is a regular contributor to Harper’s, Granta, Outside, and The Paris Review, among others. His most recent work is the short story collection Outside, which incorporates engravings by Barry Moser. Lopez is the recipient of numerous major literary and cultural awards, including an Academy Award in Literature and Pushcart Prizes in fiction and nonfiction, and his writing has taken him to more than 90 countries. Of his work, The New York Times has stated, “Mr. Lopez’s tone is intimate, inviting, as if his words shared the air with the snap and hiss of a campfire.”