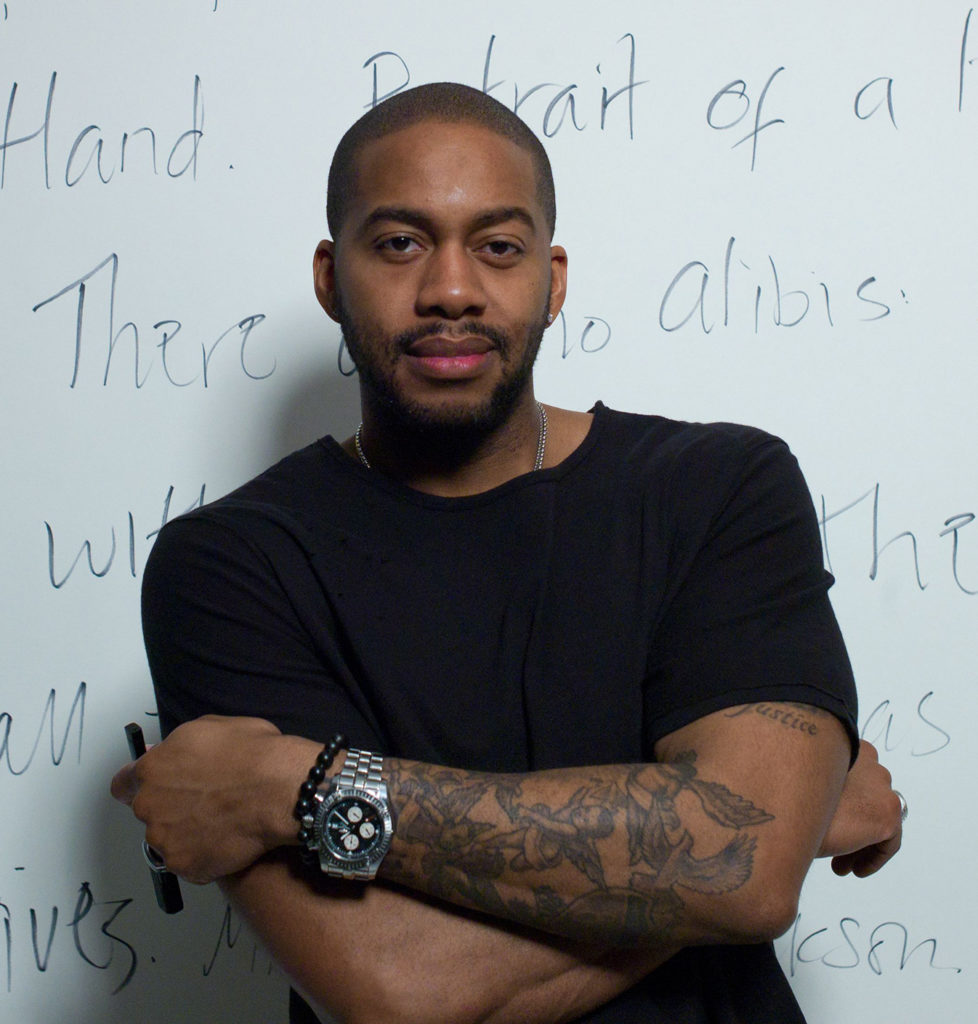 Portland-raised Mitchell S. Jackson returns to his hometown to give an inspiring lecture about the process of revision, both in writing and in life.

Mitchell S. Jackson begins with a round of thanks, sometimes unconventional, to all those who influenced his journey to stand before thousands of people in his hometown of Portland, Oregon, as a successful author. He mentions that after he was incarcerated as a young man, he began the process of revision, and he goes on to discuss the differences between editing and revision. “Editing is fixing the small things . . . it is minding convention.” Revision, on the other hand, “is to re-envision.” He talks about being grateful for the opportunity to revise his life and shares various examples of people that he knew who got caught up in gang activity and crime, saying he wishes he could give them the opportunity to revise their lives, too. He also confesses that he use to feel inadequate as a writer when he compared his education to others, but he came to realize the value of his experiences and his gift to hear poetry in the language of the streets. He encourages the audience to help those who may be on a path to “a headline that makes their moms cry” to revise their lives, explaining that “revision is not just for those who want to be writers and artists.”

Mitchell S. Jackson is a Portland, Oregon, native who lives in Brooklyn, New York. He received an MA in writing from Portland State University and an MFA in creative writing from New York University. He has been the recipient of fellowships from the Urban Artist Initiative and The Center For Fiction and is the former winner of the Hurston Wright Foundation’s award for college writers. Jackson teaches writing at New York University. He published the e-book Oversoul: Stories and Essays in the summer of 2012.  His novel The Residue Years was released in the summer of 2013 and was praised by publications such as The New York Times, The Times of London, and O, The Oprah Magazine. The novel was a finalist for The Center For Fiction’s Flaherty-Dunnan First Novel Prize, the PEN/ Hemingway Award for Debut Fiction, and the Hurston/Wright Legacy Award for best fiction by a writer of African descent. It was also long-listed for the William Saroyan International Prize for Writing and the Chautauqua Prize and named an “Honor Book” by the Black Caucus of the American Library Association. (source: www.mitchellsjackson.com)

“I grew up with pimps and hustlers. Don’t grow up to be a pimp or a hustler, please, I’m not advocating for that. But one thing that I learned from them is that they speak in poetry. You hear the average slick-talking dude—he’s a poet. And if you can take that voice and use that ear, that is a gift. That is me mastering what I had. I don’t have Latin, but I have this guy over here who sounds like Oscar Wilde.”