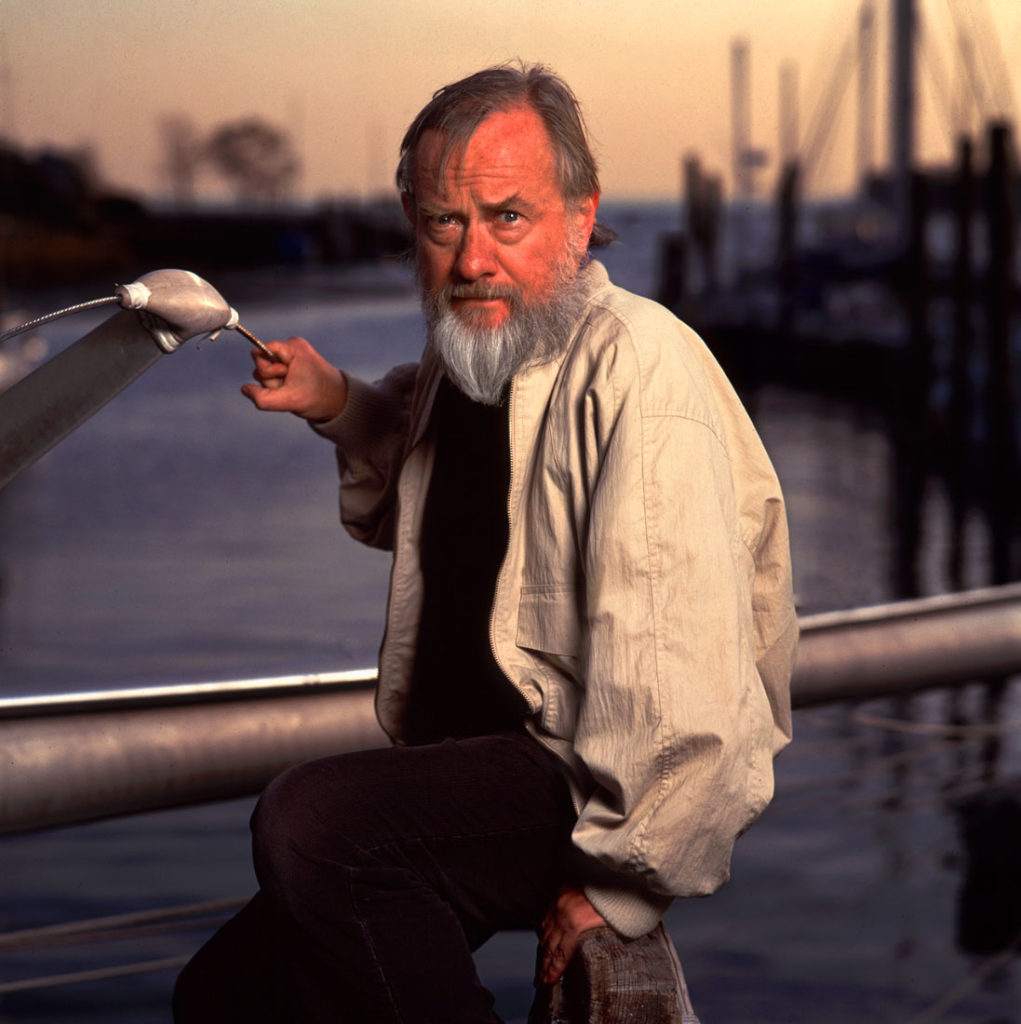 Robert Stone begins by comparing morality and art, describing the former as “a neo-Gothic structure: immense, ornate, and sterile” and the latter as “like a black panther…radical, the appealing cousin of crime. Never a dull moment with art.” He discusses the relationship between truth and beauty, and emphasizes the importance of fiction. “Storytelling is not a luxury to humanity,” he says, “it’s almost as necessary as bread. We cannot imagine ourselves without it, because the self is a story.”

He goes on to discuss writing his books and how his travels influenced the political and social aspects of those narratives. Several times he repeats “the first law of heaven: nothing is free.” This lecture is transcribed in the Literary Arts anthology, The World Split Open (Tin House, 2014).

Robert Stone’s novel Dog Soldiers (1974) won the National Book Award. His other novels include A Flag for Sunrise (1981), which was nominated for the PEN/Faulkner Award; Children of Light (1986); and Bay of Souls (2003). He also published a memoir, Prime Green: Remembering the Sixties, in 2007. His latest novel, Death of the Black-Haired Girl, was published in fall of 2013. He lives in Key West, Florida. (source: The World Split Open)Laughter represents a rebellion against chaos, a rejection of evil, and an affirmation of balance and soundness.”

“There is no brown temple where morality resides. There is no high wire above where the artist whirls in freedom. If there’s a wire, it’s the wire we’re all on out here—the one that we live on—with only each other for company. Our having each other is both the good news and the bad.”

“Fiction is an agent against loneliness, an appeal to community, a bet on the possibility of spanning the gulf that separates one human being from another. “