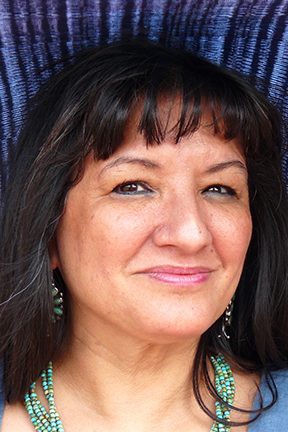 Award-winning novelist Sandra Cisneros discusses her new book, A House of My Own, at the 2015 Wordstock: Portland’s Book Festival.

In this episode of The Archive Project, award-winning novelist, poet, and author of The House on Mango Street, Sandra Cisneros, discusses her new book, A House of My Own: Stories from My Life, at the 2015 Wordstock Festival. A House of My Own is a richly illustrated compilation of true stories and nonfiction pieces that, taken together, form a jigsaw autobiography—an intimate album of a beloved literary legend. Cisneros is in conversation with Elena Passarello, author of the essay collection Let Me Clear My Throat.

“I grew up in Chicago, with poor neighborhoods and poor schools but great museums. And the museums were important in shaping us…For a whole generation of us, our lives were enriched thanks to museums being free on the days that working class people had off.”

“For all of us, I think stories enter us—especially the ones that are the real stories, the ones we wish we could forget—like grains of sand, and we have to cover them with nacre. Each time we tell the story, it’s like we’re trying to survive the event.”

Sandra Cisneros is the author of several books, including the widely acclaimed novel The House on Mango Street. In addition to establishing the Latino McArthur Fellows, she is the founder of two organizations that serve writers: the Macondo Foundation and the Alfredo Cisneros del Moral Foundation. She is the recipient of numerous awards, including a National Endowment for the Arts Fellowship, the Lannan Literary Award, and the American Book Award. Cisneros has been writing for more than 45 years, and her work has been translated into more than 20 languages. Her most recent book is A House of My Own. Cisneros lives in central Mexico.

Elena Passarello is the author of the essay collection Let Me Clear My Throat, a finalist for the 2014 Oregon Book Awards. Her essays on pop culture, performance, and the natural world have appeared in several publications, including Oxford American, Creative Nonfiction, and Slate. She is the recipient of the 2015 Whiting Award in Nonfiction and is a member of the creative writing faculty at Oregon State University. Her latest collection of essays, Animals Strike Curious Poses, was published by Sarabande Books in July 2016.