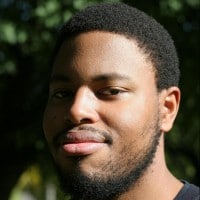 Bruce Poinsette is a writer and community organizer whose work is primarily based in the Portland Metro Area. A former reporter for the Skanner News Group, his work has also appeared in the TheOregonian, Street Roots, Around the O, and We Out Here Magazine, as well as projects such as the Mercatus Collective and the Urban League of Portland’s State of Black Oregon 2015. In addition to his professional writing work, Poinsette also serves as the Media Action Team Leader for Respond to Racism LO, a grassroots anti-racism organization in his hometown of Lake Oswego, Oregon.