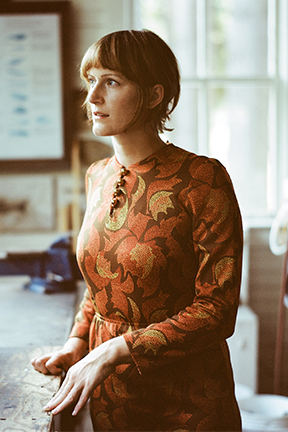 Laura Gibson is an internationally  acclaimed multi-instrumentalist/singer-songwriter, raised in the small Oregon logging town of Coquille. Since the release of Beasts of Seasons (2009), which NPR called “nothing short of a masterpiece,” Gibson has seen her career grow to include everything from modeling in a Japanese fashion magazine, to performing for an auditorium full of prison inmates. She has toured on four continents, is the recipient of a RACC Professional Development Grant, and had the distinct honor of performing the first and 200th NPR Tiny Desk Concerts. Her songs are both literary and raw, with a love of traditional folk music and a bent toward experimentation. She currently teaches Undergraduate Creative Writing at Hunter College in New York, where she is completing an MFA in Fiction Writing.  Meanwhile, she is prepping her fourth LP, to be released by Barsuk and City Slang Records early 2016.