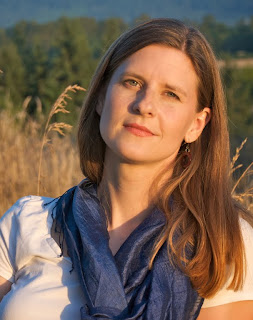 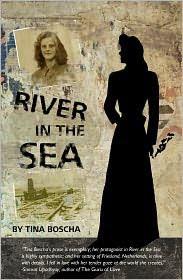 In 2006, Tina Boscha was awarded an Oregon Literary Fellowship. The fellowship gave her time to complete her novel, River in The Sea, an historical novel based on the experiences of her mother growing up in Fryslan, Netherlands during World War II. The fiction fellowship judge that year, Samrat Uppadhya, said of Tina’s work, “I fell in love with her tender gaze at the world she creates”.

Tina recently published River in the Sea as an e-book, available on Barnes and Noble and Amazon.

We asked Tina a few questions about writing her book and its path to publication, including her decision to self-publish it as an ebook.

Paper Fort: Can you describe your path to publication for River In The Sea?

Tina: All told, the book took a whopping ten years from the very first draft (during my MFA days) to publishing it myself. However, I did not work continuously on it – not by a long shot. I would say that if I counted all the time it took me to actually draft, revise, revise again, revise once more, and do all the work of self-publishing, it took me between one and a half and two years.

I acquired an agent in 2008 and the book made the rounds of practically every house out there. I received mixed feedback, everything from “Um, no” to “I love it but just can’t buy it right now.” I nearly sold the book to a wonderful small press in Canada but they turned it down on the basis that they didn’t feel they could be the lead publisher for an American author. That was in December. Already the indie publishing route had taken off, and with some prodding from my husband, I decided that I didn’t want to shelve the book.

Any route an author takes to get published has its merits, and for me, publishing it myself grew in appeal for many reasons.

I also should add that because the book is based on my mother, I didn’t want to give up on it for her sake. She is close to 80 and her memory is failing and really, everything came down to a gut feeling that I should put the book out there.

Also, by nature I am a DIY-er. I like to knit and sew my own clothes; my husband and I bought a house off foreclosure and are still fixing it up. I like doing things on my own. In addition, it has become much, much easier (and economical) to publish your own work and have it look quite professional. Royalties are much more favorable to the writer, as well.

Finally, though, it feels the most democratic, in a sense. Readers are ultimately going to decide if my book deserves an audience and while that is terrifying, it feels like the best bottom line.

Paper Fort: What has been the most satisfying part of the process of publishing The River in The Sea?

Tina: It’s still pretty new for me, but right now it’s the sum total of everything. I love how much control I have over the entire process. I love that I witnessed my first sale to one of my dear friends. I love hearing directly from early readers about their reaction to the book. I love knowing that I can change and adjust any numbers of issues and see the change almost immediately. I love knowing that I can write and then directly put my work out into the world. I think maybe I finally have a word for it: freedom. I am an author and it’s by my own authority. I love that!

One thought on “River In The Sea by Tina Boscha”