Ooligan Press has announced their fifth annual Write to Publish conference. This year’s theme is Write What You Know, and will be on February 23, 2013, from 9:00 am to 5:00 pm at the Native American Student Community Center (NASCC) on Portland State University’s campus. Featured speakers include local writers Floyd Skloot, and Lidia Yuknavitch. For a full list and bios of panelists, writers, and workshop leaders, click here.

From Ooligan: “Write to Publish is a unique writers’ conference focused on publishing. This year, workshops will cover the basics of getting published in the nonfiction genre, and a panel of writers will speak about their personal experiences navigating the industry. In addition, local vendors from the publishing industry will contribute their knowledge and services to attendees. As in years past, Write to Publish promises to help demystify the publishing process by offering insight, resources, and encouragement for burgeoning writers.”

There is also a nonfiction writing contest and the grand prize winner will win the opportunity to pitch to local agent Betsy Amster of Betsy Amster Literary Agency. Second place will receive a one-hour editorial consultation with the Portland-Based editorial firm Indigo Editing. Submissions are limited to 2,000 words and are due by February 9.

Ooligan Press is a nonprofit trade press run by graduate students in Portland State University’s publishing program. Their mission is to produce high quality books celebrating the rich literary tradition of the Pacific Northwest while teaching the art and craft of publishing.

To purchase tickets for Write to Publish, go to www.pdx.edu/boxoffice/tickets. 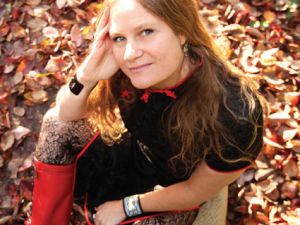 Lidia Yuknavitch is the author of the acclaimed memoir, The Chronology of Water, which won the 2012 Oregon Book Award for Readers’ Choice and the 2012 Pacific Northwest Booksellers Association Book Award and was a finalist for the finalist for the Sarah Winnemucca Award for Nonfiction, among other honors. She has written three works of short fiction — Her Other Mouths, Liberty’s Excess, and Real to Reel, which was a finalist for the Oregon Book Award. She also wrote a book of literary criticism called Allegories of Violence. Dora: A Headcase, her first novel, was published in 2012, and her next novel will be entitled The Small Backs of Children. Her work has been featured in The Sun, The Rumpus, Ms., Fiction International, Zyzzyva, and many other periodicals, as well as the anthologies Get Out of My Crotch, Life as We Show It, Forms at War, and Wreckage of Reason, among others. Yuknavitch began her writing career through a workshop with Ken Kesey and later earned her Ph.D. in English Literature from the University of Oregon. With her husband, filmmaker Andy Mingo, she founded the media press Chiasmus. She teaches writing, literature, film, and women’s studies at Mount Hood Community College.

Floyd Skloot is a writer of creative nonfiction, fiction, and poetry who has been awarded three Pushcart Prizes, two Pacific Northwest Book Awards, two Oregon Book Awards, a Pen USA Literary Award, and an Independent Publishers Book Award. His work has been featured in many esteemed periodicals, including Atlantic Monthly, American Scholar, Harper’s, Creative Nonfiction, and the New York Times Magazine. Seventeen of his books have been published. These include memoirs In the Shadow of Memory, A World of Light, and The Wink of the Zenith: The Shaping of a Writer’s Life; poetry collections Approximately Paradise, The End of Dreams, and The Snow’s Music; and novels Summer Blue and Patient 002. His first collection of short stories, Cream of Kohlrabi, was published in 2011, and a new collection of poetry, Close Reading, is set to be released this year. With his daughter, Skloot also co-edited The Best American Science Writing 2011.

As a member of the National Book Critics Circle, Skloot provides book reviews to the New York Times Book Review, the Boston Globe, the Los Angeles Times, the Harvard Review, and other publications. He also teaches at various national and international writers conferences. In 2006, Franklin & Marshall College gave him an honorary Doctor of Humane Letters degree. In 2010, he was named one of the fifty most inspiring writers in the world by Poets & Writers, Inc.

He is married to painter and weaver Beverly Hallberg, and he is the father of the bestselling writer Rebecca Skloot (author of The Immortal Life of Henrietta Lacks). Skloot and Hallberg live in Oregon.