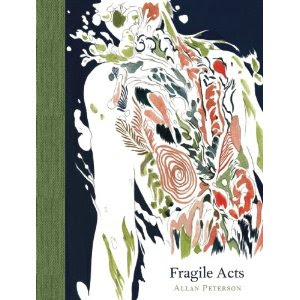 Fragile Acts speaks to the nature of memory, the power of the natural world in shaping us, and the inexhaustible reach of the imagination that integrates wisdom and the dream.  From a writer who is both a poet and visual artist, the book is rich in evocative and uniquely descriptive images.

A poem from Fragile Acts

THE TOTALITY OF FACTS

The laughing gull that flew behind the fencepost
and never came out was the beginning
and then a hand smaller than my hand covered Wisconsin
with a gesture for explanation
In the afternoon there are pauses between the words
through which commas can grow like daisy fleabane
A fish with an osprey in its back emerges from the Sound
and nothing can be learned by more analysis
The book of her hair opens to its binding and I leaf through
the glorious pages of approval and that’s not all
We could not have turned fast enough to catch
light and leftovers from so much of what happened:
the swift figures behind you like a planet’s dark
companion   ships entering and leaving the hall closet
the real and imagined between which is no difference 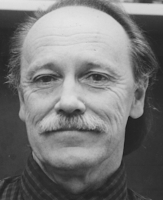 Allan Peterson’s poetry has been published in print and online for many years, including four books and five chapbooks. He has received recognitions from the NEA, the state of Florida, the 2005 Juniper Prize, the 2009 Conference on World Affairs, the 2010 Cuisle Poetry Festival in Ireland, and a number of national literary competitions.


Praise for Fragile Acts
“Like ‘Brazil’s undiscovered caverns of amethyst’, Allan Peterson’s Fragile Acts is a major find.” —John Ashbery
” A wonder to behold and a joy to read. Allan Peterson’s poems dance to the music of time, like light on water or wind in the trees.” —Lewis Lapham
“Allan Peterson’s collection Fragile Acts is a spacewalk on the wild side. I loved it. He puts music to the tension between the desperate human experience and the cool removal of the cosmos. His poems are refreshingly discrete artifacts—perfected and edgy—raw at the same time. They stand alone but gain power in one another’s presence. This is an exciting new voice, one we’ve been waiting for.” —Laura Kasischke
“Allan Peterson’s Fragile Acts introduces us to a poet capable of changing from the personal and interior to the global and exterior in a single work, sometimes in a single line.” —Shelf Awareness
“Peterson is one of our most valuable poet-thinkers and thinker-poets, a writer who can show us how much is within our grasp and much is beyond it.”  — LA Review of Books
Suggested Links
Allan Peterson’s Website
McSweeney’s Q&A with Allan Peterson