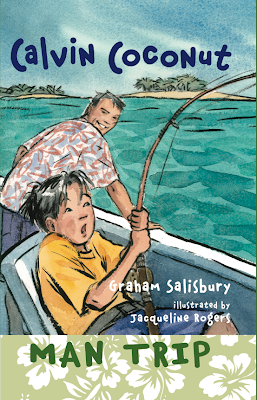 Baja Bill leaned in close.  “One time when I was bout your age, I went fishing with my dad.  It was right after a hurricane blew through the islands, and there was a lot of debris in the water.  The ocean was still choppy.  We were way outside the harbor, way out, when we saw something coming toward us in the rolling swells.”

“Another boat?”
“Couldn’t tell what it was, just this huge thing barreling toward us.  It made white water as it moved, so we knew it wasn’t just something floating, like a log or something.  It was alive.”
“Ho,” I whispered.
“We had to get out of the way, because it was going to ram us.  So my dad gunned the engines.  Soon we could see what it was–a giant, angry sperm whale, heading like a submarine to who knows where.  But here’s the thing: that’s when I learned how dangerous a marlin can be.”
“But it was a whale.”
Baja Bill nodded.  “Sure was, and when it passed us we discovered why it was so angry.”  Baja Bill sat back and looked at me.  His eyes widened.  “Stuck in its side was not one, but two marlins.  Rammed their bills right into that whale and couldn’t get out.  They were dead, and that sperm whale was raging mad.”
I gaped at him.
“My guess is they went nuts and attacked the whale for being in their territory.”
Baja Bill looked gravely out over the ocean.  “So you see, Calvin.  You  can never let your guard down when you’re dealing with a marlin.”
“If you do, you could die,” I said.
“If you do, you could die.” 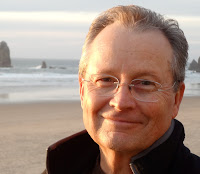 Graham Salisbury grew up in the Hawaiian Islands and graduated from California State University, Northridge.  He received an MFA from Vermont College of Fine Arts, where he was a member of the founding faculty of the MFA program in writing for children.  He lives with his family in Portland, Oregon.