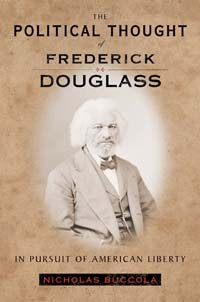 Description
Frederick Douglass, one of the most prominent figures in the history of the United States, was born a slave, but escaped to the North and became a well-known anti-slavery activist, orator, and author.  In The Political Thought of Frederick Douglass, Nicholas Buccola provides an important and original argument about the ideas that animated this reformer-statesman.

An excerpt from The Political Thought of Frederick Douglass
By 1860, Frederick Douglass’s patience was wearing thin.  After spending nearly two decades as an antislavery activist and enduring the many setbacks of the 1850s–the congressional compromises, the Dread Scott decision, the execution of John Brown–he admitted to reaching a “point of weary hopelessness.”  The American people, he wrote, claim to accept the “civic catechism of the Declaration of Independence” and yet with three million people held in bondage around them, they are not moved from “the downy seat of inaction.”  Douglass argued that the persistence of this “terrible paradox” was not due to a “failure to appreciate the value of liberty,” but rather because the American “love of liberty” was “circumscribed by our narrow and wicked” selfishness. 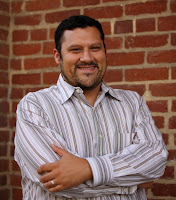 About the Author
Nicholas Buccola is Assistant Professor of Political Science and the Founding Director of the Frederick Douglass Forum on Law, Rights, and Justice at Linfield College in McMinnville.  His essays have been published in The Review of Politics, The Journal of Social Philosophy, Dissent, and The Claremont Review of Books.

Praise for The Political Thought of Frederick Douglass
“Buccola offers a nuanced portrait that illuminates both Douglass and his place in American intellectual history.”  –Damon W. Root, Reason Magazine

“Douglass seems to have been a much more thoughtful, nuanced political thinker and “agitator,” as he sometimes called himself, than we are used to today.  He offered vibrant political and moral arguments, not sound bites.  Buccola helps us understand how and why those argument proved to be so powerful.”  —Santa Clara Magazine

“This is a well-written, incisive work that illuminates Frederick Douglass as an activist and political philosopher.”  –CHOICE

“Nicholas Buccola’s well-conceived, well-researched, and well-argued new study stands out in an increasingly crowded field of work on Frederick Douglass.  Displaying a thorough familiarity with Douglass’s published and unpublished works and an impressive erudition in his command of pertinent scholarship, Buccola makes a balanced, judicious, innovative case for Douglass’s enduring vitality, in particular as a guide for both liberals and communitarians in their ongoing debates about individual rights and civic obligations.” –Peter C. Myers, author of Frederick Douglass: Race and the Rebirth of American Liberalism

“Frederick Douglass was a slave, abolitionist, and activist whose most enduring contribution to American history may have been his liberal political theory.  Douglass drew on  his experiences as a slave to articulate a version of liberalism that contained the basic of Lockean, liberal elements but also promoted an ethic of mutual responsibility.  That ethic was the basis for Douglass’s devotion to community, democracy, and state intervention to create a suitable moral ecology from the marketplace.  The Political Thought of Frederick Douglass provides insights not only into Douglass’s nineteenth-century theory; it serves as a roadmap for navigating ongoing tensions that persist in twenty-first-century liberalism.” –Mark E. Kann, author of Punishment, Prisons, and Patriarchy

“Looking broadly and deeply into Douglass’s reflections on the requisites and moral purposes of liberal democracy, Buccola amplifies our understanding of Douglass’s normative political imagination and skillfully demonstrates that Douglass also appreciated how a free society is nurtured and sustained by a moral ecology of personal courage, moral responsibility, and civic virtue.” –Thomas A. Spragens, Jr., author of Civic Liberalism: Reflections on Our Democratic Ideals