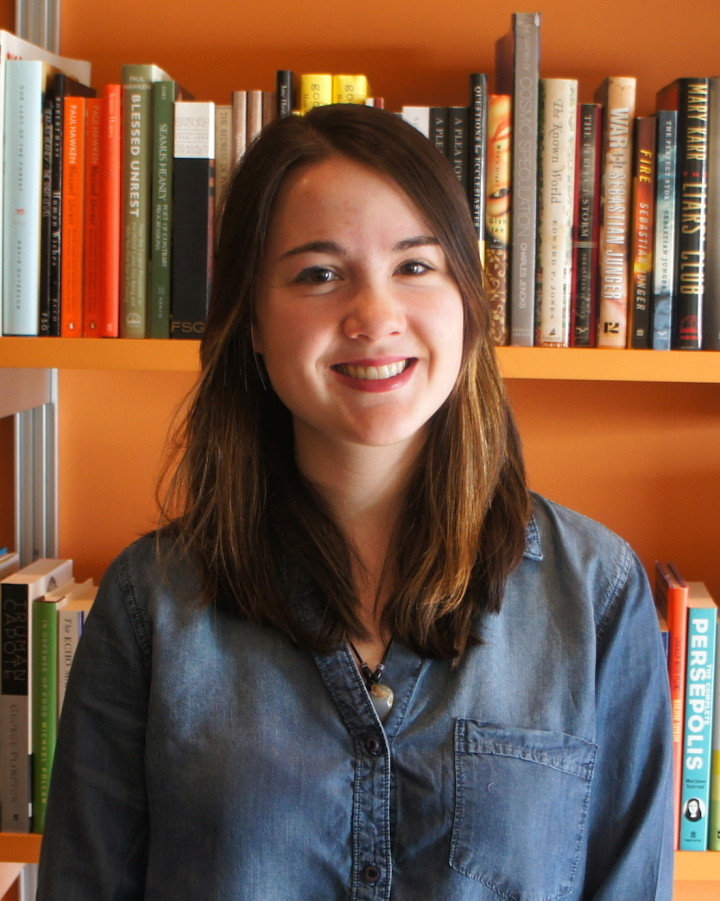 Hello! My name is Alex Corey, and I began interning for Literary Arts in January of 2014 when I worked on the Archive Project. I listened to audio recordings of lectures from the Portland Arts and Lectures series, and took notes to help prepare the lectures to be sent off and broadcast on OPB radio. Many of these lectures dated back decades ago, and it was fascinating to listen to the variety of voices and messages from over the years.

This year I am working as a WITS intern. I read student submissions for the upcoming anthology and help coordinate student readings and other events. My internship has certainly exposed me to the depth of Portland’s literary life, and I feel so grateful to live in a city where literature is flourishing.

I’m graduating from Reed College this year with a degree in English Literature, and writing my undergraduate thesis on the French reception of Leaves of Grass by Walt Whitman. In my thesis I look at how French critics have characterized Whitman over the course of about sixty years, and incorporate Reader Response Criticism, which theorizes how various cultural and historical expectations provoke readers to approach the same text through different lenses. My academic interests have mainly centered on comparative literature and the liaisons between French and American texts. I also enjoy writing poetry.

It’s been so inspiring to watch high school students engaged by writing, and to read their poems and stories. It’s been amazing to listen to young people perform in front of an audience. My internship has allowed me to observe the behind-the-scenes work at Literary Arts that helps to keep literature thriving in Portland, from concert halls to cafés to classrooms.