[by Mel Wells] During her week as Literary Art’s author-in-residence, Ruth Ozeki is spending several hours at Grant High School visiting students in their classes and discussing her work, both as a filmmaker and a novelist.

On Tuesday and Wednesday, Ozeki visited all five sections of Dr. Dreyer’s Literature & Film classes. Students had studied her work in advance, specifically the film Halving the Bones, and were prepared with questions. But at the first of each class, Ozeki had students introduce themselves and talk briefly about what they enjoy the most about studying film and literature. She followed up with questions of her own for each student, and this prompted stories about how Ozeki had studied Hitchcock and filmmaking when she was a high school student, as well as discussions about adaptations and creative processes. Ozeki talked about her own creative journey, from studying Japanese and working as a bar hostess in Tokyo, to making low-budget horror films in New York City. “They’re terrible,” she told students, laughing. “But there was this new technology, VHS, so people could watch videos in their own homes for the first time and demand was high.”

Ozeki started by making storyboards, but when the director realized he’d forgotten to hire an art director, he appointed Ozeki. “It was my first time on a set,” she said, laughing, “so I learned by doing.” She worked on the classics Mutant Hunt, Breeders, Necropolis and Robot Holocaust. “You know Mystery Science Theater?” she asked, and students nodded. “They’re on there.”

Ozeki went on to work for Japanese television, and began to edit films as well. “It was in the editing room that I learned how to tell stories,” she said. She bought a super-8 camera and began filming scenes from Halving the Bones before she had a firm idea for the film. “In that way, I used found images,” she said. The movie explores the reliability of memory and the truth of history.

When students asked about it, Ozeki talked about her Zen Buddhism and how valuable meditation is to doing creative work. “Over time, it builds a sense of confidence and fearlessness,” she said. “You learn to be comfortable with who you are.” She also answered questions about how her work as a filmmaker influenced her writing. “When writing, I enter a scene as though I have a camera,” she said. “I look for a place to start, think about widening the frame, changing the angle, etc.” Her hands operated an invisible camera. “The process is a very visual negotiation.”

Ozeki is visiting students in the Japanese immersion classes before her lecture tonight at the Schnitz for Portland Arts & Lectures. Many thanks to the administration and teachers at Grant High School, especially Dr. Dreyer, as well as the students for being such attentive, involved participants in Ozeki’s residency. And of course, a huge thanks to Ruth Ozeki for being a fantastic author-in-residence this week! 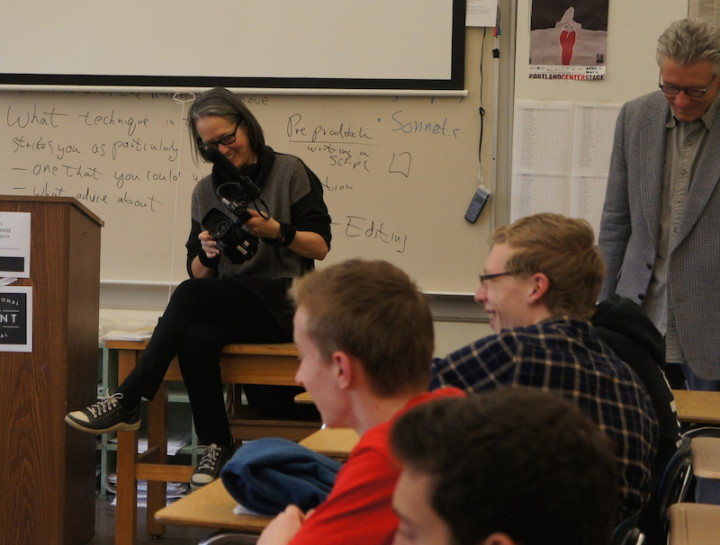 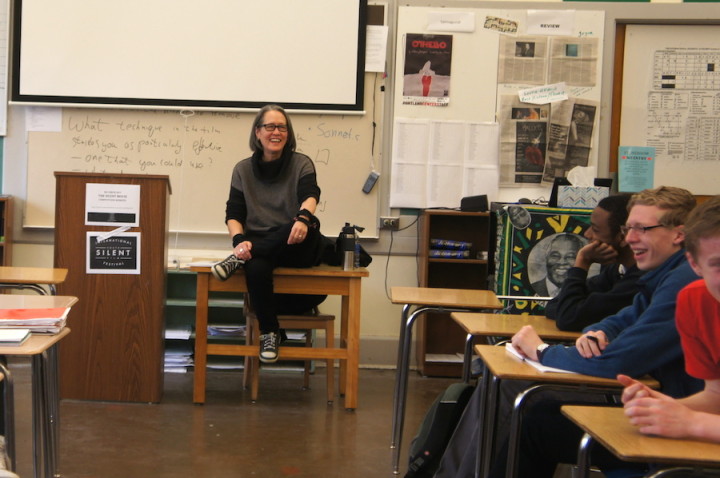 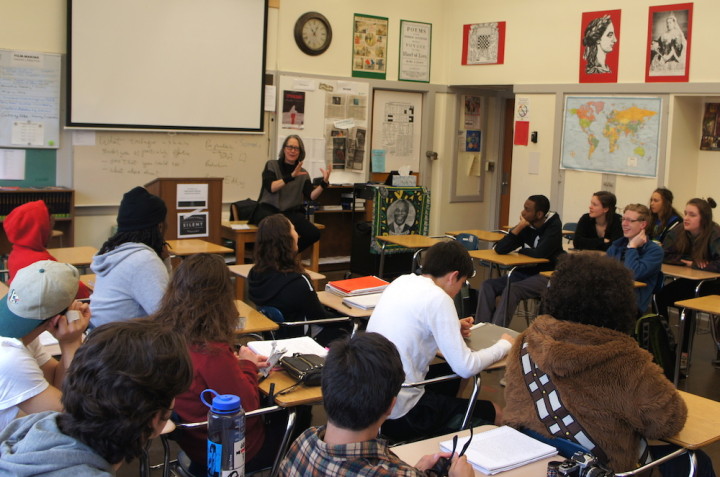 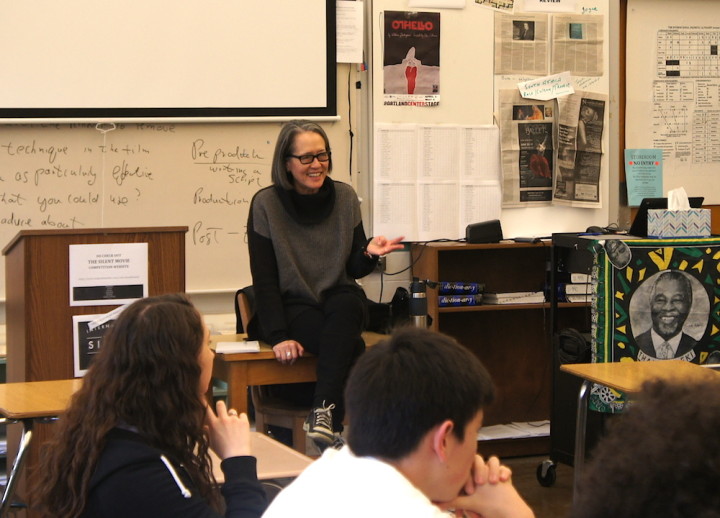 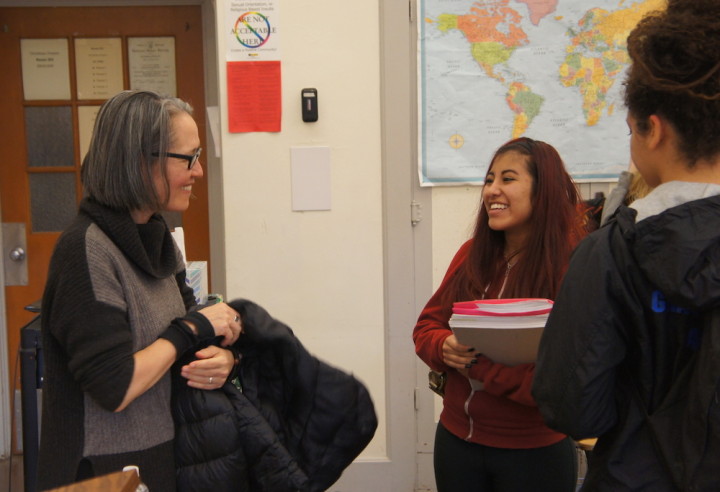 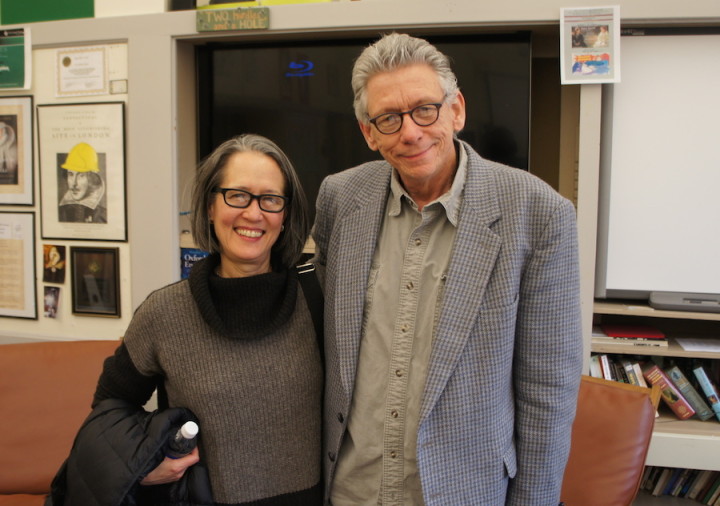