Portland Arts & Lectures author Katherine Boo visited with 34 students in George Bishop’s Senior Inquiry Class at Roosevelt High School on the morning before her lecture at the Arlene Schnitzer Concert Hall. These students were prepared with questions after having studied Behind the Beautiful Forevers.

Boo began by talking about her subjects in Annawandi thinking that their lives weren’t very interesting. And while she disagreed, she talked about how journalists “do this type of work with the faintest hope” that it will be widely read. Now that her book is a bestseller, she is immensely pleased that it “took on such power.”

“Were you scared for your safety?” asked one student.

“The scariest experiences I had were in police stations,” she replied, but went on to say that she was more impressed by the bravery of the people she wrote about. While Boo had the security of being an American journalist, her subjects had nothing standing between them and police brutality and corruption. “That heroism I don’t have words for,” said Boo. 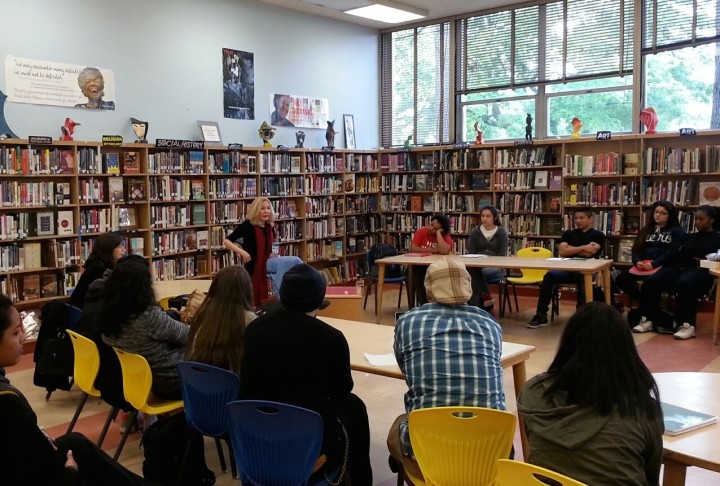 When asked how she chose which people in Annawandi to write about, Boo replied that she wanted to focus on women and children “because no one is telling their stories.” Boo lamented that journalists tend to “only write about women who are prostitutes in poor communities. But there is a different world inside the homes,” she explained, “the real stories, not the sexy, salacious ones. And teenagers are thinking, acting, and imaginative people. I wanted to tell these stories.”

Another student asked how she obtained all her information, and she said she had to fight for legal documents through the Freedom of Information Act. She also talked about always carrying a recording device, “because you always envision someone saying you made it up, so having a recording is essential.” She told a story of traveling with two young Annawandians while carrying “thousands of dollars worth of equipment,” and realizing that they could simply rob her and be set for life, but instead they accompanied her and helped her research. “They understood what I was doing,” she said. “I wanted to make people see that street kids’ lives had value–to make readers feel that the murders [of street children] were urgent.” 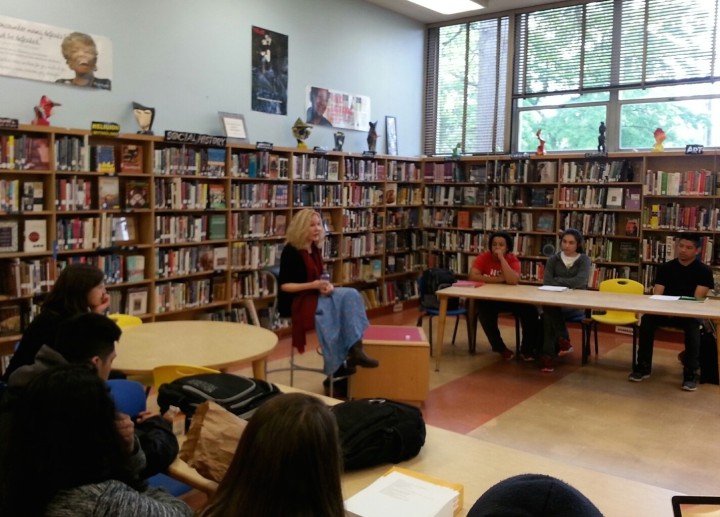 Often her subjects would make recordings, too, and she marveled at how changes in technology are providing connections between communities around the world. “You have more information about other people’s lives than ever before,” she said to the students, “and the greatest weapon against stereotypes is information. You just have to seek it out.”

Boo had her own question for the students: “Do you feel this is a story about poor communities everywhere?”

Students nodded emphatically. They discussed race and culture, and several asked about specific people in the book and how life in slums in India had changed since Boo wrote about it. “I’ve learned that reform is a continual process,” Boo replied. “I spend all the money from lectures back in Mumbai trying to make sure that the money is spent usefully there.” She encouraged students to continue learning about other cultures, and her passion for helping impoverished young people around the world was evident.

“This work smashes your heart in some ways,” she mused. “When you see how these youth are systematically denied an education, it’s difficult to just walk away. You learn on a visceral level.”

She finished by talking about the dramatic adaptation of Behind the Beautiful Forevers, which was a huge success at the National Theatre in London. “The people in Annawandi loved this,” she said with a smile, “plays are such a vibrant part of their lives, so they felt validated by it.” 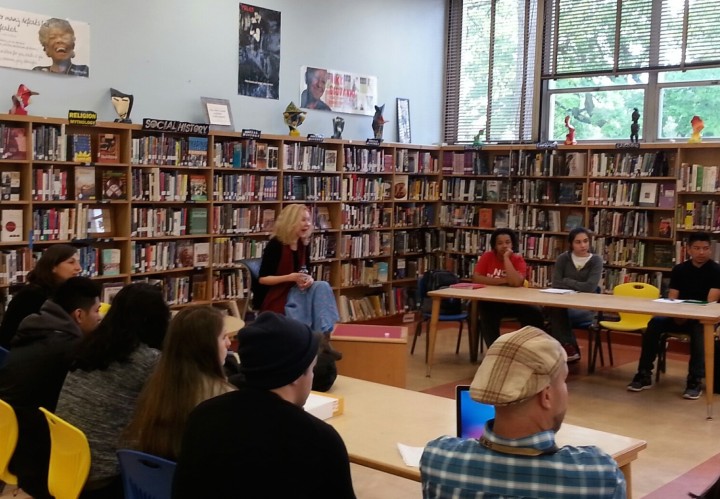