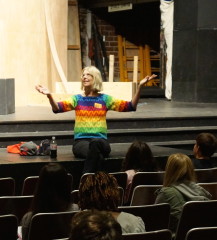 On a bright October morning in Portland, the prolific and award-winning author Jane Smiley visited Gresham High School to talk with students in Crystal Hanson’s classes about her life and work. Smiley would be giving a lecture for a sold-out audience at the Arlene Schnitzer Concert Hall that night, but for the moment, her attention was on the 82 students who had been studying her work and were prepared with questions.

“What is the best part of being a writer?” asked one student.

“If you write every day, you must take pleasure in the process,” replied Smiley. “You have to enjoy solving a puzzle, which are different every day. For example, what is this character really like? Or what is this place like? Perhaps I need to visit it or do more research. My greatest pleasure is solving these puzzles.” 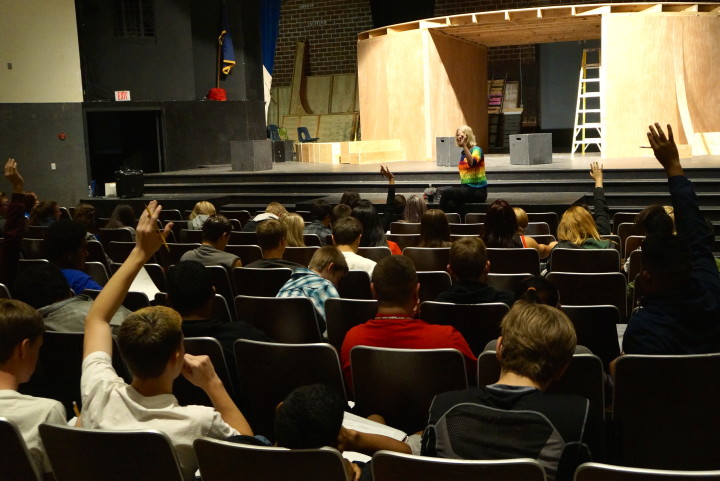 With every pause, more hands shot into the air. “What is the inspiration for your books?” asked another student.

This was more difficult for Smiley to summarize, so she gave a specific example. For her book Horse Heaven, the inspiration came when she bought a horse and discovered the inside of its lip was tattooed. “This was before the internet, so I sent a letter requesting his history,” she said. When she discovered that he had been in 150 races and traveled the world, she became fascinated with horse racing. From this research and fascination came a novel.

For her Pulitzer Prize-winning novel, A Thousand Acres, Smiley confessed that it was her annoyance with the Shakespeare play King Lear that led her to explore the daughters’ perspective on the tragedy. “If something about a story bothers you,” she said, “then re-write it. For example,” she addressed a student who had asked about one of her short stories, “if you want my story ‘Dynamite’ to end differently, then you should re-write it.”

Thanks so much to all the students for being a great, attentive audience, and to Gresham High School teacher Crystal Hanson for preparing her students for Jane Smiley’s visits. And of course, many thanks to the author herself for being such a gracious early morning guest! 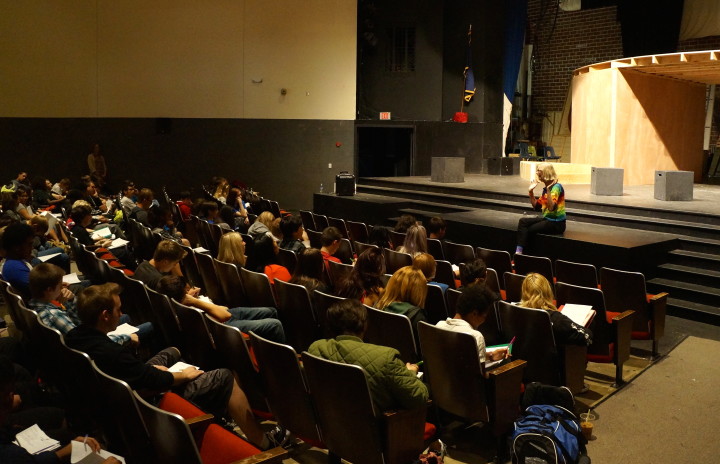