This provocative Delve seminar was based on the premise of engagement. Claudia Rankine’s poetry collections, Don’t Let Me Be Lonely and Citizen, insist on engagement with social space through the lens of race: “…the poem is really a responsibility to everyone in a social space” (Rankine, DLMBL, p. 57, paraphrasing Myung Mi Kim). Under the guiding hand of Samiya Bashir, we arrived at each session with a question, we began each session with a free-write in response to a quote from the text, and we participated in open dialogue in a space made safe by Samiya’s respect and gratitude for each participant’s contributions. Silence—patiently holding the space open—proved to be as important as offering prompts, posing questions, and revealing layers of meaning.

The relevance of this seminar was unparalleled. In a time marked by discussions of reparations for slavery, protests for Black Lives Matter, and an election smeared by the bigotry of GOP candidates, the profound dialogue that occurred on six wintry Monday evenings at Literary Arts felt like a conversation of national import. We were offered the rare opportunity to come to this conversation in the true Socratic sense of discovering, unraveling, deepening our own thoughts by approaching Rankine’s work ready to be changed: “…what alerts, alters” (p. 57, paraphrasing Myung Mi Kim).

A key point of exploration was the subtitle of each of Rankine’s collections, An American Lyric, and her hybrid form of prose juxtaposed with images that are often accompanied by contextual notes. Rankine’s work is characterized by a judicious use of precise diction, metaphor, repetition, and juxtaposition: “I work hard for simplicity in order to allow for projection and open-endedness in the text, for a sort of blankness and transparency that would lose the specificity of ‘the truth.’…I am fascinated by affect, by positioning, and by intimacy” (Berlant, 2014). During her 2016 Portland Arts and Lectures presentation, National Book Award winner Robin Coste Lewis shared, “Claudia says she places her text into a sonnet just to make sure there is nothing extraneous. Then she pulls it out and slips it back into prose.”

Rather than as the deliberate omission of trope to allow the facts to stand out in relief—“…the truth, as in the facts, are in the back of the book…” (Berlant, 2014)—Rankine’s hybrid form now reveals itself to me as relentless motion, as the absence of breath normally taken at the end of lines and between stanzas, as no break anywhere anytime in the quotidian accumulation of micro-aggressions against African-Americans: “…what is wrong with black people today… too close to dead is what I think” (Rankine, DLMBL, p. 23). No break except in the blank/white space between incidents/thoughts/sections.

The visual images reinforce this relentless crushing of body and spirit. Images in Don’t Let Me Be Lonely include billboards and TV screens—“I just find when the news comes on I switch the channel” (p.23)—along with medical illustrations, X-rays, signs—“DNR/COMFORT CARE” (p. 9)—and labels—“Any kind of knowledge can be a prescription against despair” (p.55, paraphrasing César Vallejo). Besides the initial image of a Jim Crow street sign and the concluding images of Turner’s “The Slave Ship,” Citizen is characterized by the images of faces—mostly pained, solemn, or erased black faces. These faces are interrupted by the laughing Caroline Wozniacki mocking Serena Williams’ body and the gawking white faces of a lynch mob. Together, text and image create a visceral experience that penetrates mind and marrow.

These are lyrics for the times. One hundred and sixty years after Whitman’s ecstatic “Song of Myself,” Rankine’s American lyrics offer a litany of “furious erasure[s]” (Rankine, Citizen, p. 142) as a stark counterpoint. Her “sadness is alive” (Rankine, DLMBL, p. 23) counters Whitman’s “I am satisfied.” Her condemnation of “…you are not the guy and still you fit the description” (Rankine, Citizen, p. 108) counteracts his “…delight alone or in the rush of streets.” These are lyrics with a call to conscience for American citizenry: “because white men can’t/ police their imagination/ black men are dying” (p. 135).

Don’t Let Me Be Lonely

In Rankine’s first poetry collection, the compelling image that kept surfacing in our conversation was the illustration of an X-ray of the human body with the esophagus leading to intestines shaped like a map of the United States (Rankine, DLMBL, p. 54 and p. 90) and the metaphor of the liver as having to metabolize all the poisons running through the system: “Why do I care about the liver? …[B]ecause the word live hides within it. Or… the fact that the liver is the largest single internal organ next to the soul, which looms large though it is hidden” (p. 54).

These poisons take the form of encapsulated racial incidents and “the recognition that billions of lives never mattered” (Rankine, DLMBL, p. 23): the hate crime against James Byrd, Jr. and George W. Bush’s inability to recall how many men dragged him to his death despite having been Governor of Texas at the time; the sodomy of Haitian immigrant Abner Louima while in police custody; the firing of 41 shots at unarmed West African immigrant Ahmed Amadou Diallo by police who thought he matched the description of a serial rapist; and the suit filed by 39 drug companies to prevent the manufacture of generic AIDS drugs in South Africa. The liver must also digest the drugs taken to deal with the depression of living, including the new pill PROZAC Weekly: “Try to convince your doctor that taking a pill every day for depression is depressing” (p. 53). All of this taxes the liver and stirs up bile.

Despite Rankine’s concern about a “deepening personality flaw: IMH, The Inability to Maintain Hope” (Rankine, DLMBL, p. 23), by the end of the book, we are awakened to the miasma and called upon to be “HERE” (p. 130). The book’s cover of a sterile billboard announcing “DON’T LET ME BE LONELY” above a field of sunflowers on a sunny day, along with her definition of loneliness—“It’s what we can’t do for each other” (p. 62)—give way to the idea that “I am here… to hand[ing] something to somebody… [to] a hand… extend[ing] and a hand… receiv[ing]” (p. 131).

The salient topic in Rankine’s most recent book is the cumulative effect of constant erasure and assault on the black body and spirit: “And still a world begins its furious erasure—/ Who do you think you are, saying I to me?/ You nothing/ You nobody” (Rankine, Citizen, p. 142). This idea is embodied in the image on the book’s cover: a disembodied, empty black hoodie floating against a glossy white background.

Rankine explores the resulting rage of this “constant drip” (Rankine, Citizen, p. 32) of erasures and assaults in the world of sports on tennis star Serena Williams (“It is difficult not to applaud her for existing in the moment, for fighting crazily against the so-called wrongness of her body’s positioning at the service line” [p. 29]) and Algerian soccer player Zidane in the 2006 World Cup (“Big Algerian shit, dirty terrorist…When such things happen, he must grit his teeth, walk away a few steps, elude the passerby” [p.30]). While Serena responds with an outburst of cursing, Zidane enacts a physical rebuttal with a head-butt to the core of the offending body as if saying, “This is where your words strike me—in the gut, in the core of who I am.”

And like the catalogue of incidents in Don’t Let Me Be Lonely, Rankine reminds us that these are not isolated moments: “To understand is to see Serena as hemmed in as any other black body thrown against our American background” (Rankine, Citizen, p. 43); and, in the case of Zidane, “Notice too, illustrations of this kind of racial prejudice can be multiplied indefinitely” (p. 122). Then she lists the black lives cut short: “In Memory of Jordan Russell Davis,/ In Memory of Eric Garner,/ In Memory of John Crawford,/ In Memory of Michael Brown” (p. 134). With each new printing of Citizen, the list grows.

The seminar ended with a viewing of several situation videos created by Claudia Rankine and John Lucas. In “Stop-and-Frisk,” hearing Rankine’s voice over a localized moment of black teens trying on shirts in a store crystallized the fear of racial profiling: “because there is only one guy who is always the guy fitting the description” (Rankine, Citizen, p. 108).

The impact of Citizen is deeply visceral. The notion of race in America is propelled into the body, into a fragment of “the bruise the ice in the heart was meant to ice” (Rankine, Citizen, p. 156). And yet, Rankine leaves us with memory and breath, moving us from the idea that “the sigh is a pathway to breath… The sighing is a worrying exhale of an ache” (p. 60) to the notion that “…[a] share of all remembering, a measure of memory, is breath and to breathe you have to create a truce—// a truce with the patience of a stethoscope” (p. 156).

I can’t help but wonder if Citizen’s truce, with the patience to wait for the next breath, the next heartbeat, is the answer to the question Rankine poses in Don’t Let Me Be Lonely: “What is forgiveness and how does it show itself?” (p. 47).

Don’t Let Me Be Lonely: An American Lyric by Claudia Rankine

“A Prescription Against Despair: On Claudia Rankine’s Don’t Let Me Be Lonely” by Erik Anderson, Pilot Light: A Journal of 21st Century Poetics and Criticism, March 2012, http://www.pilotlightjournal.org/3/10/1 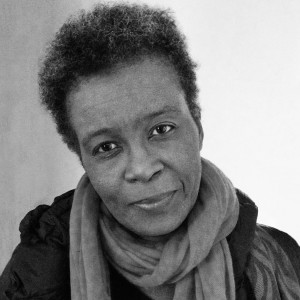