Thank you to all who attended and supported the Bookmark Bash: A Benefit for Wordstock on November 3. Together, we raised $95,000 to help make Wordstock a festival for our whole community and one that our youth can attend for free!

The Portland Art Museum welcomed us back for Wordstock’s second annual fundraiser, the Bookmark Bash. The room quickly filled after doors opened as guests greeted friends and talked to festival authors traveling from near and far. With much fanfare, our host, B. Frayn Masters, welcomed our author contestants to the stage: Diana Abu-Jaber, Lily Brooks-Dalton, Rob Spillman, and Pauls Toutonghi. Each author came equipped with their best pitches for Wordstock and, of course, their game face. The Live Auction was a terrific success and bidding was fierce! Folks really wanted to get their hands on those Wordstock libraries. From homemade baklava and deluxe Blazers tickets to shopping sprees at Powell’s and personalized shout-outs in a new novel, the personal touches each author included added so much excitement to the evening’s festivities.

“Keep our city’s story of
supporting writers alive and well.”

Local author J.B. Strasser made a special evening all the more memorable with a gift of $35,000 in support of her fellow Oregon writers and in celebration of the Festival. Announced for the first time, Strasser’s generous gift was made in addition to the $95,000 raised by Bookmark bash guests and sponsors. Festival Director, Amanda Bullock, remarked, “It was overwhelmingly moving to see all the support for Wordstock: Portland’s Book Festival in the room at the Bookmark Bash. This book festival relies on individual support to remain accessible and open, and that community SHOWED UP in a big way this year.” Simply put, we could not do this without your support.

As much fun as we were having, B. Frayn Masters, reminded us of why we had gathered the community that evening, “to keep our city’s story of supporting writers alive and well.” We already knew Portland loves Wordstock, but the level of support in the room was nothing short of inspired! Over 90% of attendees raised their paddle to help make sure our annual festival of the book continues to thrive.

Before the celebration came to an end, Diana Abu-Jaber was crowned our first ever Champion of Wordstock with her six word story, “New York step aside: PORTLAND RULES.” And she means it! All four authors really did play like champs and offered such incredible energy and enthusiasm! Rob Spillman jumped off the tarmac at PDX Airport only two hours before showtime to join us. Pauls Toutonghi spontaneously and eloquently shared his gratitude for the community’s continued support of Wordstock. And Lily Brooks-Dalton showed us that beneath that wild writing talent is a witty and ambitious competitor, she didn’t back down from any challenge. Cheers to this year’s author contestants!

Thank you to all the individuals that helped us celebrate Wordstock: Portland’s Book Festival. With your support, the Bookmark Bash raised vital funds to help ensure Wordstock remains as accessible as possible to our entire literary community. Our work is not yet done, but together—with our shared dedication and love of literature, we can ensure Wordstock has an enduring place in our city’s cultural celebrations.

Stay tuned for the announcement of Bookmark Bash 2017!

We would also like to thank the following sponsors who supported the Wordstock Festival this year: 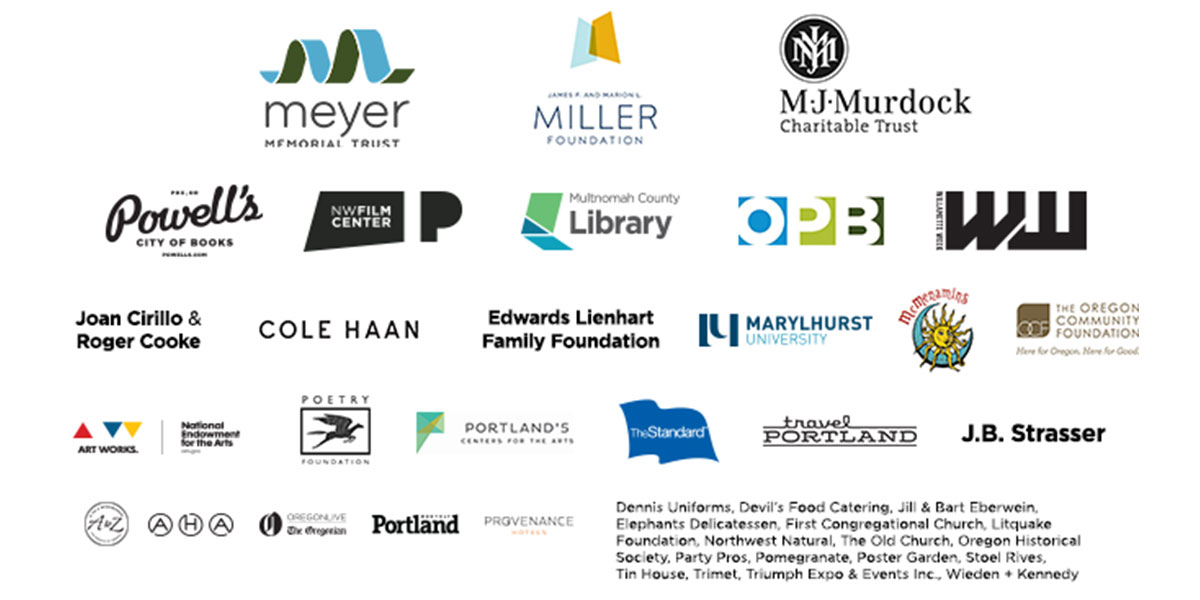