On a recent Friday we visited Benson High School to document the relatively new WITS apprentice program in action! After a semester of observation and professional development, our WITS apprentice Leslee Chan is working with an experienced WITS writer, Ramiza Koya, to co-teach a semester-long residency in Kristin Wallace-Knight’s junior English class. 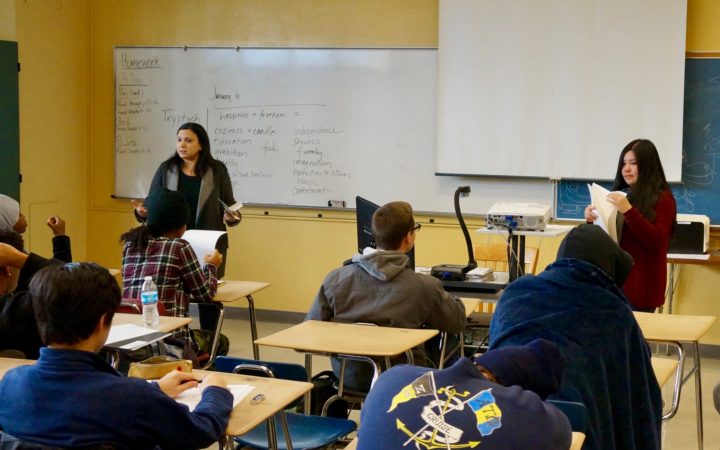 For the opening free-write activity, Koya asked students to think about a time in their life they had encountered a conflict. Students were fresh back from the holiday break and several snow days, so she encouraged them to loosen their writing muscles with a no-pressure warm-up. As they did so, both Koya and Chan circled the classroom, giving encouragement to students when they got stuck. “Think about a time when you clashed with someone, and how this affected you,” said Koya. “It can be long ago, it can be recent. The most important part is to keep writing.” 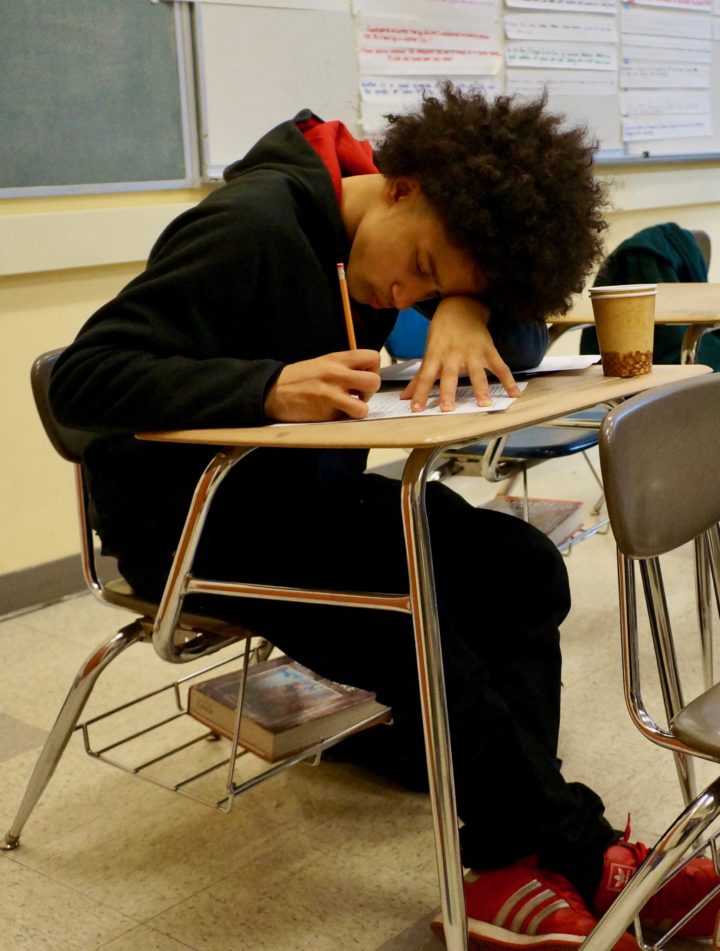 After students had written a few paragraphs, Chan had them read an excerpt from The Declaration of Independence, specifically the part about self-evident truths and unalienable Rights, followed by poem from the day’s handout called “I hold these truths to be self-evident” by a seventh grade girl. The poem was mostly a series of verbs and adjectives, and ended abruptly.

“How are these truths?” asked one of the students. “They’re just a jumble of things that are happening.”

“What is truth?” asked Ms. Wallace-Knight. “If two people tell the same story differently, is one not true?”

Chan led a discussion on what a “self-evident truth” means, and how what we observe can be different depending on where we’re standing, both literally and metaphorically. It was clear that the students and WITS writers had developed a relationship of trust and humor; they felt comfortable challenging each others’ ideas and there were lots of laughs. After a lively debate, Koya and Chan asked students to write down what they believed human beings need in order to be free and happy. “Write down at least three things,” instructed Koya. At the end of this session, Chan had each student read one item aloud and Koya wrote them on the board. 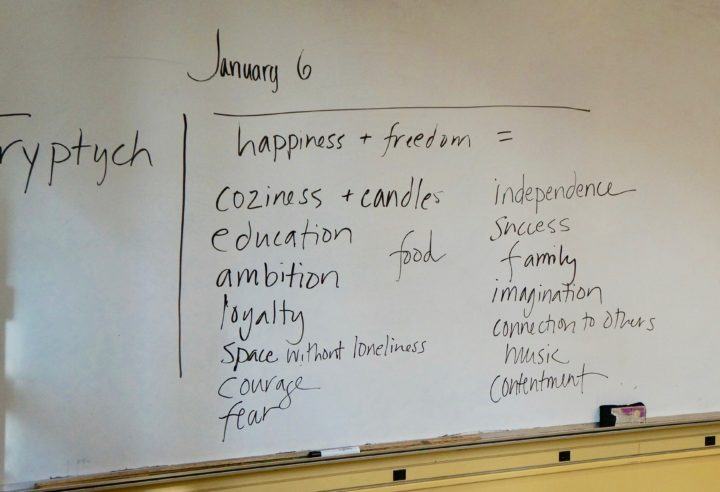 “Now, does this list seem like a jumble?” Koya asked with a smile. “But notice how these items speak to each other when they’re listed together.”

Koya and Chan had students take out their WITS folders and look over pieces they had written thus far in the class. The final project is to create a triptych of three memoir pieces that will deepen in meaning when placed together.

To help students remember what a triptych was, Koya brought in examples of art. “You can see how, when put side by side, these pieces speak to each other–they have a dialogue. When you put your three pieces together, the same thing will happen.”

For the final part of the class, Koya had students select three pieces they’d worked on thus far and write a letter to her and Chan describing each piece. “Tell me why you chose it, what you like about it,” she said. She circled the room talking through the exercise, giving ideas and encouragement, much like a yoga instructor or a meditation guide. All the students bent over their desks and wrote. Chan also spent time one-on-one with them, answering their questions and giving feedback. 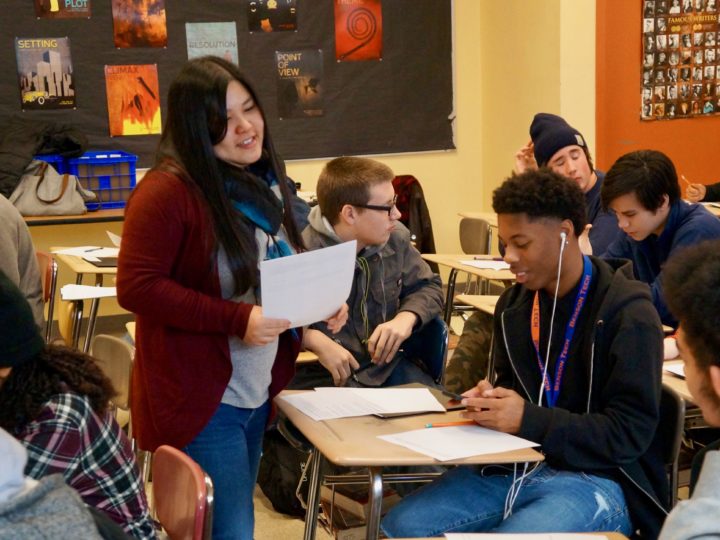 It was fun to see two great WITS writers working together to create a space where students were free to be creative and expressive, both verbally and on the page. We’re excited to see the final products that these students write, and especially to publish some of them in the WITS anthology and share them with you! Many thanks to Ms. Wallace-Knight for welcoming us to visit, and to the WITS writers and students for being great hosts. 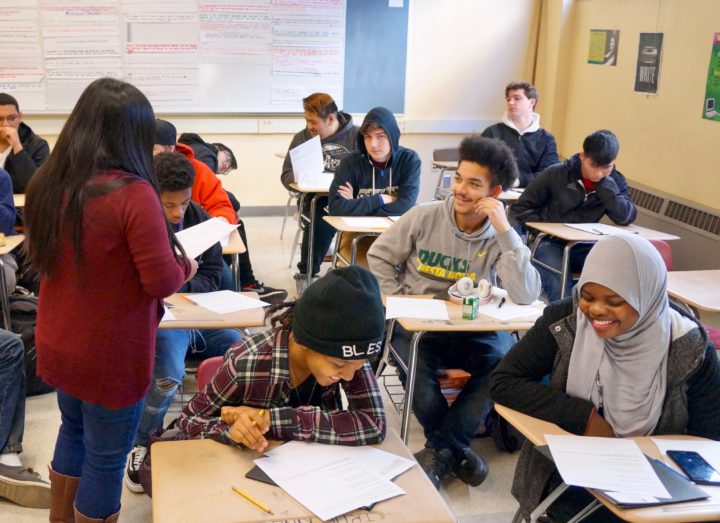 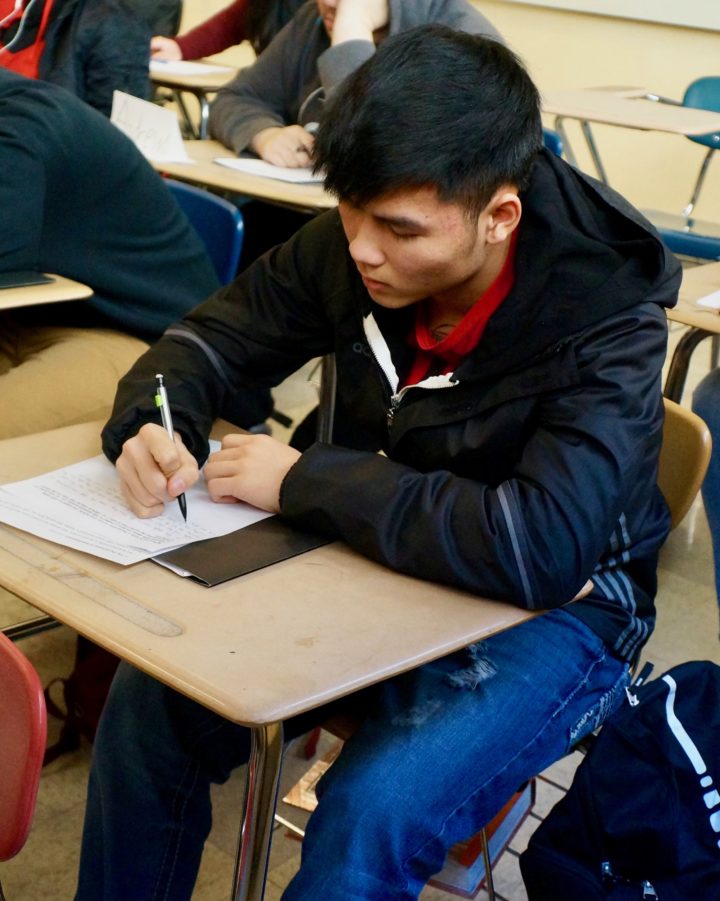 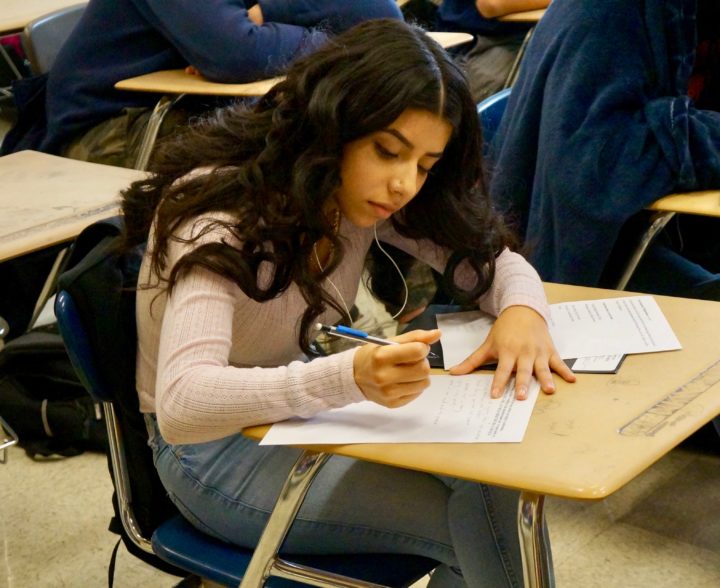 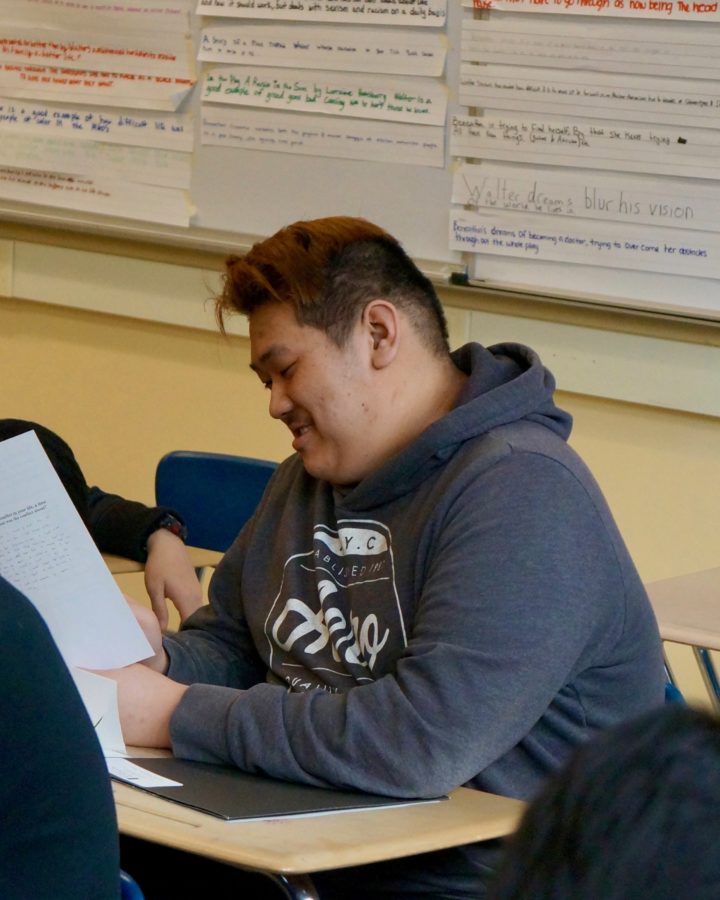