Barrera worked with Trevor Todd’s classroom, a group of intrepid students that put together a Spanish-language magazine. She read a couple of pieces, in both English and Spanish, including a Neruda poem. She discussed how when she worked with students, she liked beginning with a word or emotion, and going where the word or sound moves you.

One student read a moving essay that she had translated from its original Spanish about the complexities of her home country, Honduras. About the complacency of its people until a hotel is destroyed. About the complicated feelings while moving to a new country. Other students read their journalism articles, including a piece about the effect of El Niño in Peru.

Many students chose to read their work in their native language, Spanish, including a few “I am” poems.

Trevor Todd shared a piece from a student who was unable to make it, about human trafficking in Portland.

Mark Pomeroy who worked with Amanda-Jane Elliott’s “cheeky” class, read from a personal essay about speaking to a classroom of high school students after the events of Sandy Hook, and recalling wise words from a former philosophy professor.

Amanda-Jane Elliot also chose to read a personal essay that began from a prompt given by the Oregon’s Writer Project: writer about writing. She read a piece about letter writing, trying to make it in the world by sending a letter to near-stranger halfway across the world.

Lisa Eisenberg shared completed comics from students of Emily Hensley’s class who couldn’t make it. After, she showed a work in progress about what makes a good school.

Students shared work from across all genres. One read a dystopian story. Another an extended metaphor poem. There was journalism, and non-fiction, and fiction, and poetry.

Many thanks to the classes of Lincoln High School for sharing their beautiful work at Literary Arts, for their teachers for leading them and sharing their own work. We are very excited about the possibility of so much diversity across genre and language to be submitted to the annual anthology. 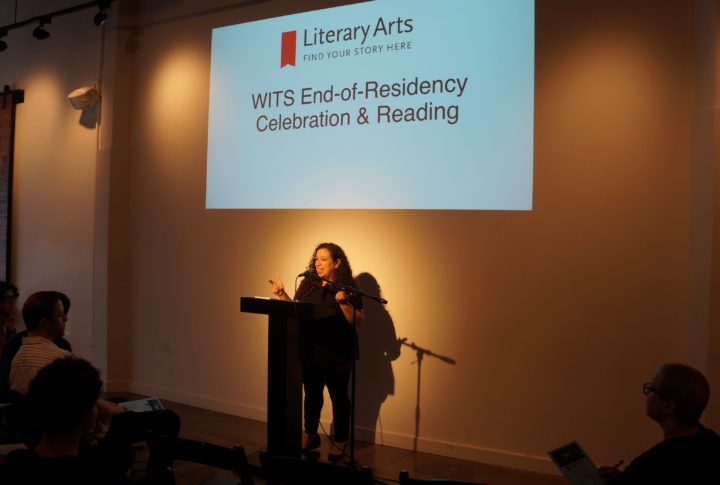 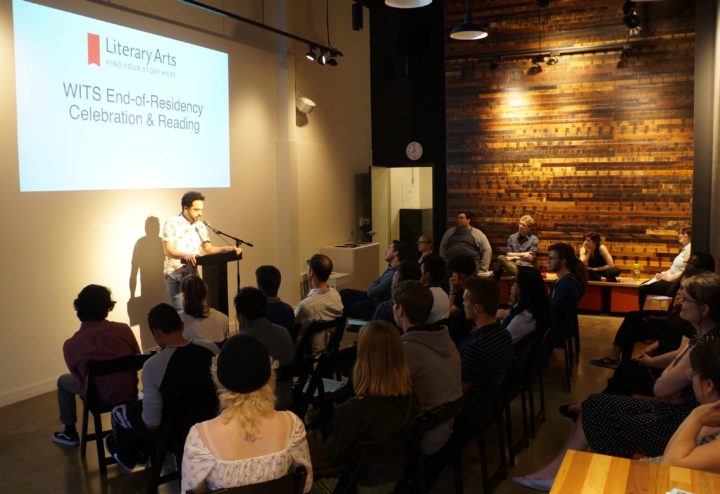 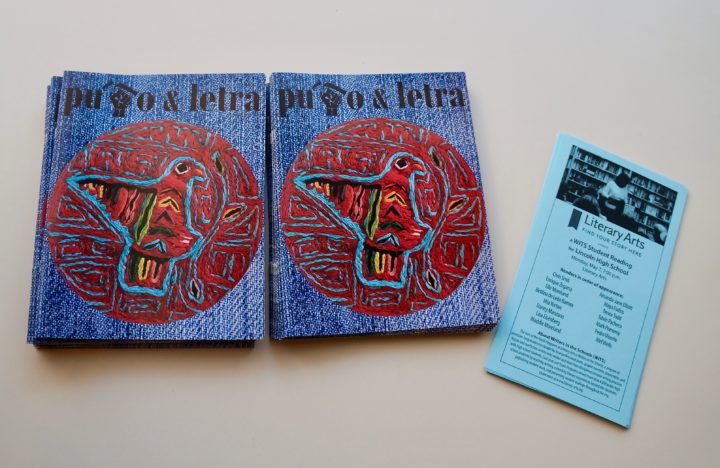 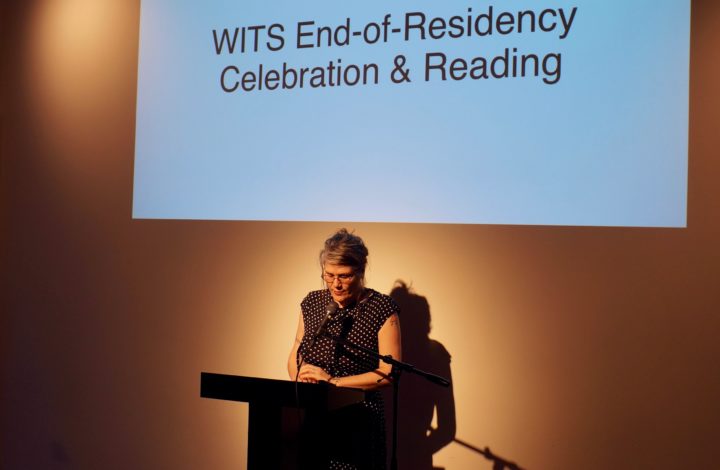 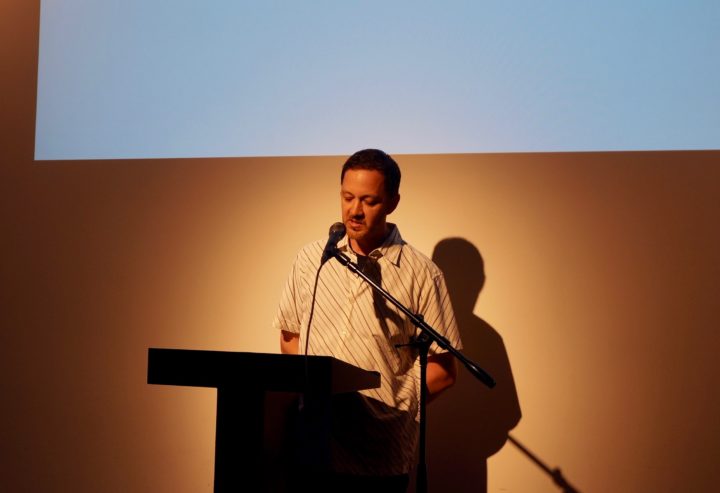 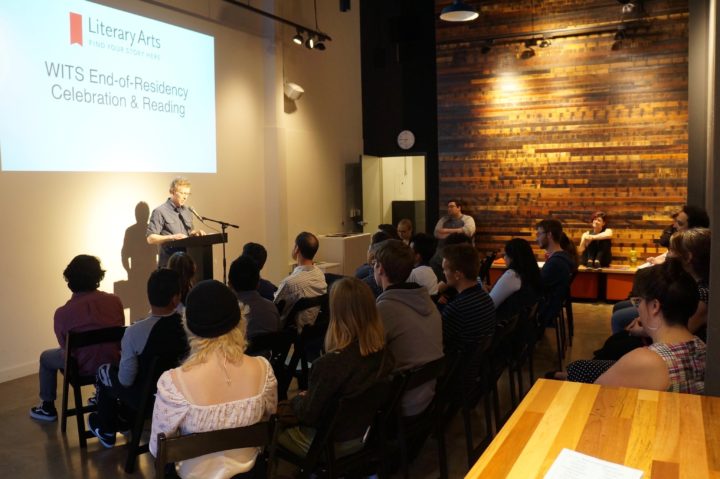