Our 34th season of Portland Arts & Lectures continues during our second event on Tuesday, December 4 with Tara Westover. 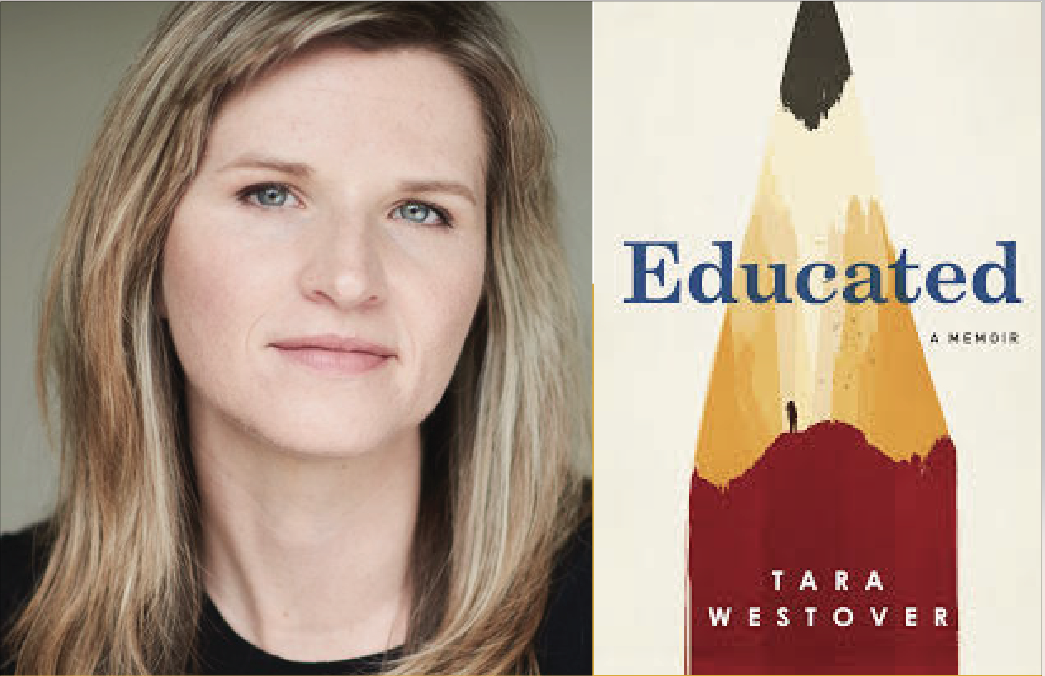 The youngest of seven children, Tara Westover was born on a remote mountain in Idaho sometime in September 1986; the exact date is unknown, because her parents were radical survivalists living completely off the grid. She never went to a doctor or a hospital growing up, and did not receive a birth certificate until she was nine years old. Her mother was an herbalist and a midwife, and her father ran a junkyard where the children worked. He claimed prophetic powers and believed in an extremely radical, fundamentalist, survivalist religion which required the family to stockpile supplies in preparation for the end of the world, the “Days of Abomination,” which Westover grew up fully expecting to experience. The family was isolated from most other people due to her father’s distrust of and refusal to engage with government systems like schools and hospitals. As Westover grew older, her father’s beliefs became more extreme, and one of her brothers became violent and physically abusive towards her.

When she was sixteen, Westover decided to educate herself. With the help of her brother Tyler, who was attending Brigham Young University, she taught herself enough mathematics and grammar to take the ACT and earn acceptance to BYU. She set foot in a classroom for the very first time at age seventeen and found she was completely unaware of many world events. She immersed herself in the project of learning and graduated magna cum laude with a degree in history from BYU in 2008. She was awarded a Gates Cambridge Scholarship in 2009 and earned her MPhil from Trinity College at Cambridge that same year. She was a visiting fellow at Harvard University in 2010 before returning to Cambridge to complete a PhD in intellectual history and political thought in 2014—less than ten years after setting foot in a classroom for the first time.

She has said, “My parents would say to me all the time: you can teach yourself anything better than someone else can teach it to you. That’s something that I really value from the upbringing I got,” despite its complications and drawbacks. Her first book, Educated (2018), is, in her words, “the story of how I came by education. It is also the story of how I lost my family.” The memoir portrays not only her path to education, but the sacrifices she made to get it. She says, “I didn’t know at that time I was starting out on this path, this path of education, that would require a lot of my ideas to change, that would require my world view to change. And that path of education would take me to these great places, Harvard, Cambridge. But it would also take me away from my family. And what do you do when the obligations you owe your family are somehow in conflict with what you owe to yourself?” The New Yorker wrote, “If her book is an act of defiance, a way to set the record of her own life straight, it’s also an attempt to understand, even to respect, those whom she had to break away from in order to get free.” Educated is a number one New York Times best seller that has been praised as “courageous,” “beautiful and propulsive,” and “fit to stand alongside the great modern memoirs.”

With a PhD from Cambridge, Westover is a skilled academic, but writing narratively was a new challenge that she approached with her trademark focus and passion for learning. She read all the short stories she could get her hands on, because “each one seemed to be like a little textbook,” forced to “achieve a lot and quickly” due to the form. Westover then became “obsessed” with listening to The New Yorker’s Fiction Podcast, where contemporary writers discuss short stories, their mechanics, and how the story works. She says, “These episodes taught me most of what I know about writing. They taught me about point of view, about the judicious application of repetition, about reverse parallelism, ambiguity, and all the rest of it.”

About Educated, Westover says, “I wrote my story for myself — because I wanted to write my life in the hopes of seeing it from a new perspective, and make it feel different the second time around. I wanted to make sense of the loss of my family, but more than to make sense of it, I wanted to describe it in a way that would help me live with it. To put some beauty into it, even if it was tragic beauty.”