“Rejection is a normal part of the process, but it can take a while to reframe it in our mind that way, not as an obstacle but a stepping stone.” 2019 Fellow, Stacy Brewster

We’re thrilled to introduce the 2019 Oregon Literary Fellowship recipients with individual features on our blog! Out-of-state judges spent several months evaluating the 400+ applications we received, and selected thirteen writers and two publishers to receive grants of $3,500 each.The 2020 OLF applications will be posted mid-May 2019, and the deadline to apply will be Friday, August 2, 2019.

Bio
Stacy Brewster is a queer Portland-based writer whose career has spanned television, advertising and government. His fiction and poetry have been featured most recently in Buckman Journal, New South, Callisto and The Gay & Lesbian Review Worldwide. He is currently writing and developing an original one-hour drama series for television.

Q&A with Literary Arts
What are your sources of inspiration?
At this moment, I’m inspired by those who fight for queer and trans justice, who speak truth to power, and make queer art. And pretty much anyone creating art or working to preserve the history of that revolution, going back generations. There is so much trauma and pain and erasure by the culture, that it takes storytelling and art to thread one generation to the next and get a fuller picture, especially since our genealogy is never linear. Recently, for me, that’s been Eric Marcus’s Making Gay History podcast, the television series Pose, films like BPM (Beats Per Minute), How to Survive a Plague and Marlon Riggs’s Tongues Untied, not to mention the shelf of research and queer scholarship in my office.

Also a lot of musicals, and old films, anything by Raymond Carver or Joan Didion. Moby Dick. The work of David Lynch. And my favorite novel, William Faulkner’s Absalom, Absalom!, a work I find so rewarding and reread often. It was also part of my coming out process, but that’s a long story.

How would you describe your creative process?
I work full time, and the writing I do is slowed down by a chronic disability, so a lot of my process is being intentional about time. I go to bed early, then get up before 5 a.m. to fit as much work in as I can before getting ready and out the door for work. It helps that I’m a morning person. Proximity to the dream state has always been helpful for me, that openness before the world has had a chance to butt in. My brain is mush after work.

With that framework, I don’t do much other planning. I let the morning dictate what I work on and how I proceed, whether I’m going to write new pages or edit others. With any project in its early stages, that openness extends to the form of writing itself. Stephen Sondheim has written about this, as I’m sure many have before and since, about content dictating form—that is, letting the story tell you how it wants to be told. I was working mostly in conventional short story form before pieces began to announce themselves as poetry or flash fiction. It’s been so helpful for me to listen to what the work is telling me and not box myself in. Even the novel I once thought could only be a novel is now being written as a television series.

What is most exciting about receiving a fellowship?
The validation and the money is huge, this giant nod telling me to keep going. But in the moment of finding out, I was most excited that the award came from Oregon. My husband and I moved here 12 years ago, he with a plan for grad school and me with this vague notion that I was going to become a serious writer. I have been part of a literary community here ever since, one that has been so generous and supportive. The fellowship means so much to me coming from this community.

What are you currently working on?
The last year and a half, I’ve been working exclusively on a fictional series for television, a one-hour ensemble drama set among a diverse queer subculture in Los Angeles in the late 1940s. This was on the eve of some of the very first queer organizing in the U.S., and a period where the country was moving in a much more conservative direction. It’s an idea that started as a novel nearly 15 years ago, so the world, the characters, and the research have been with me a long time. Having grown up in L.A., gone to film school, and worked in television and advertising before my life in Portland, it’s incredibly fun to be working on a project where all these threads of experience line up. I have a producing partner I’m working with now to try and get the series sold and made.

What advice do you have for future applicants?
Trust your work and yourself, no matter your age or experience. Keep doing the work, honing your craft, applying and sending your work out. Rejection is a normal part of the process, but it can take a while to reframe it in our mind that way, not as an obstacle but a stepping stone. If you haven’t already, find others in the same boat as you and call yourselves a writing group. Meet and share work and rejection as often as you can, in whatever form works for you. The collective of writers I’ve been doing this with the last eight years have gotten me through so much unnecessary pain and self-doubt.

Comments from judge, Peter Gil-Sheridan
“In a field of very worthy works, Stacy Brewster’s Gargoyles & Dandelions was striking. In a broad sense, I was drawn to the teleplay because it seeks to excavate the lives of queer people of color in 1940’s Hollywood. As LGBTQ people, particularly those of color, have been systematically deleted from history, Brewster’s work reclaims space. In a medium like television, historically conservative in storytelling style and subject matter, his work is a bold, sexy, and riveting ensemble piece that seeks to be as epic as The Wire. Given how television is changing to be more inclusive, it’s clear that Stacy Brewster should have a voice in it. Alice, a clever and hardworking journalist, is at the center of the pilot. As she stalks around town doing the work of the Fourth Estate, checking the police and collecting stories, she begins to uncover the real lives of LGBTQ people in Los Angeles. Stacy Brewster creates a slick world for her to navigate complete with salty journalists, entitled cops, secretive movie stars, drag queens, and cruisers. There is a great deal of mystery in the piece, a sense that the script has secrets. I’m eager to read, or watch, what will be become of this rich ensemble of characters.There is a generosity in Brewster’s writing that clearly mirrors the work he’s done for disadvantaged writers in his community. You can see his heart in the details. You can see that he cares for his subjects. These are admirable qualities in a writer, particularly in a time in our culture where we must cling to and defend the rights and lives of LGBTQ citizens.”

Excerpt from Gargoyles and Dandelions
This is from the opening of the pilot episode, featuring Alice Blake, a reporter on the “milk route” working late nights out of her cars with a police radio, driving from crime scene to crime scene in search of a story:

ALICE BLAKE (late 20s) has just finished fixing a flat, tosses the jack and remaining tools in her trunk, which is full of all types of supplies: extra cameras and film, tripod, extra clothes, wigs, men’s hats, etc.
She wipes her hands and forehead with a rag. The car looks sad and uneven with the spare on, but it’ll do. She straightens her skirt, checks her blouse for stains, keeps her sleeves rolled up, and unbuttons one additional button of her top for air as she gets back into the car.
INT. ALICE’S CAR – CONTINUOUS – NIGHT
Alice collects her breath, checks her watch. After a beat, she leans forward as though to start the car, but instead pulls something up from the floor, an issue of Planet Stories, a sci-fi rag with a busty Amazon swinging an axe on the cover. She finds her place again and continues to read.
Except the static beneath the music distracts her.
She reaches over to the police radio in the seat next to her, fiddles with its knobs, bangs the side once, then suddenly clear voices:
DISPATCHER (O.S.)
Domestic. Vine and Melrose. Available units respond.
PATROLMAN (O.S.)
Car 42 responding. Domestic. Vine and Melrose.
DISPATCHER (O.S.)
Copy Car 42. Vine and Melrose, going to be southwest corner.
Alice pulls out a map of Los Angeles already folded to the east side of town and with an elaborate system of symbols in at least four colors written all over it – red hearts and hashtags, blue diamonds, black clubs or spades, green dollar signs, etc.
ON ALICE’S MAP
Alice colors in a small red heart at Vine and Melrose. 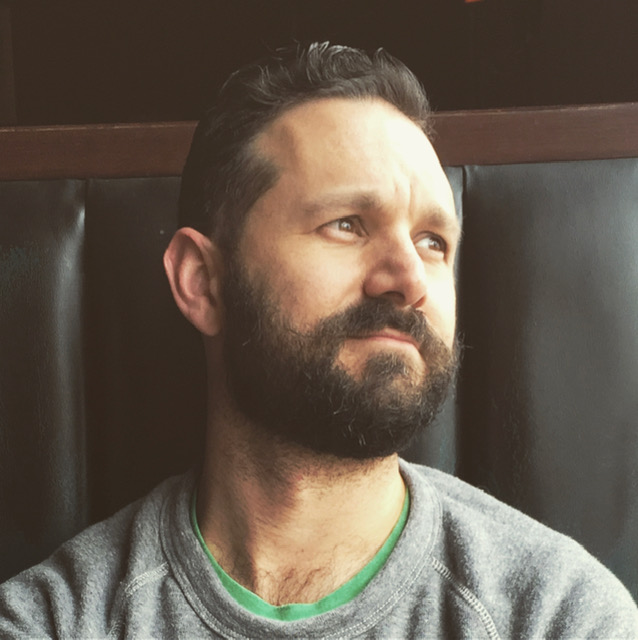