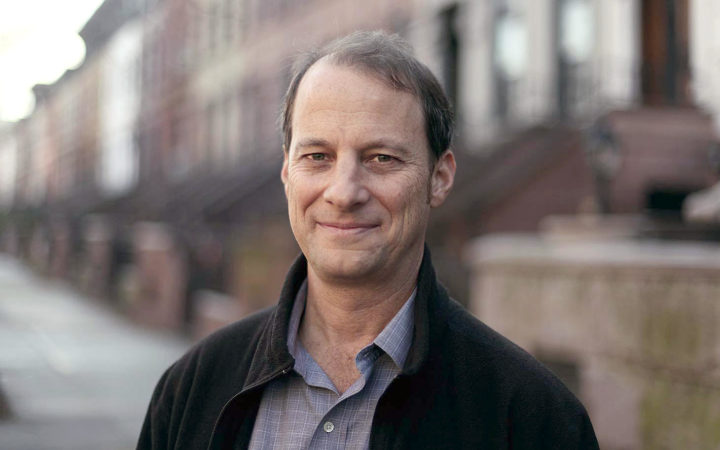 New Yorker staff writer George Packer gives a talk on the subject of “American Identity in the Age of Trump” as part of the University of Oregon Humanities Center’s 2017–18 Kritikos Lecture Series.

In this episode of The Archive Project, New Yorker staff writer George Packer speaks on the subject of “American Identity in the Age of Trump” using the lens of his most recent book, The Unwinding. In this work of nonfiction, Packer tells the political and socio-economic story of the past three decades by journeying through the lives of several Americans, including a son of tobacco farmers who becomes an evangelist for a new economy in the rural South, a factory worker in the Rust Belt trying to survive the collapse of her city, a Washington insider oscillating between political idealism and the lure of organized money, and a Silicon Valley billionaire who arrives at a radical vision of the future. Packer interweaves these stories with sketches of public figures, from Newt Gingrich to Jay-Z, and collages made from newspaper headlines, advertising slogans, and song lyrics. All of this in search of an answer to the question: How did we get here? [book description courtesy of Macmillan]

George Packer is a staff writer for The New Yorker and the author of The Assassins’ Gate: America in Iraq, which received numerous prizes and was named one of the ten best books of 2005 by The New York Times Book Review. He is also the author of the novels The Half Man and Central Square, and the works of nonfiction The Unwinding: An Inner History of the New America, The Village of Waiting and Blood of the Liberals, which won the 2001 Robert F. Kennedy Book Award. His play, Betrayed, ran in Manhattan for five months in 2008 and won the Lucille Lortel Award for Outstanding Play. He lives in Brooklyn.