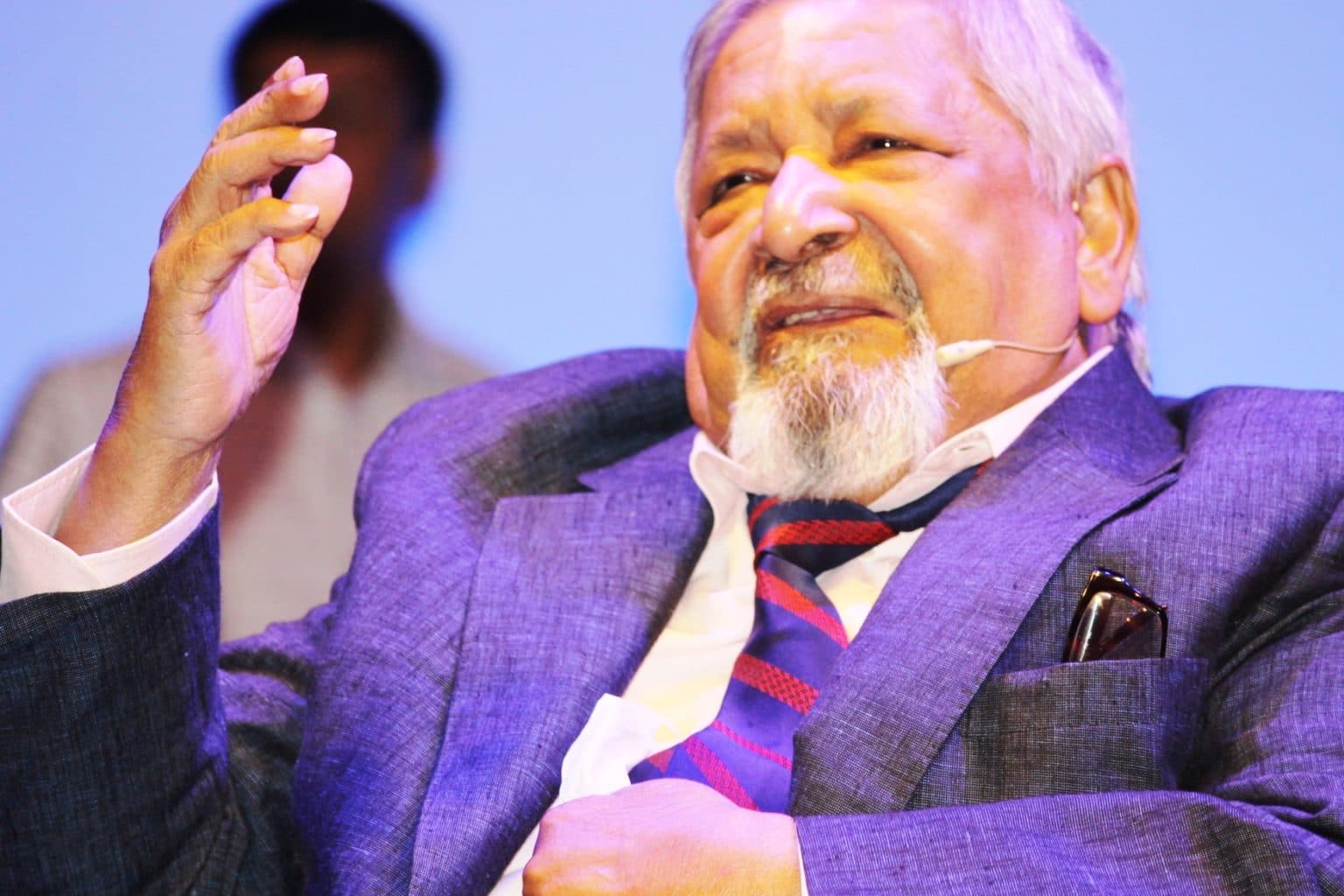 Nobel Prize-winning author, V. S. Naipaul, shares and contextualizes selections from India: A Million Mutinies Now in this event from 1991.

In this episode of The Archive Project, we share the late V. S. Naipaul’s 1991 event in Portland, Oregon. Naipaul visited Portland on the occasion of the publication of India: A Million Mutinies Now. The book was the third installment of travelogues about his ancestral India, at a time when the nation was in the midst of a massive transformation. Naipaul, who refers to the book as “an exploration of an old civilization through the experiences of the people who live in it,” introduces the listener to diverse voices from India. Through reading selections from the book, Naipaul gives us an intimate look at the lives of both the wealthy upper caste, and also their servants. The stories take us from palaces to slums, to the homes of the burgeoning middle class. Naipaul’s writing is attentive to the details, and sympathetic to his subjects.

V. S. Naipaul was born in Trinidad in 1932. He went to England on a scholarship in 1950. He spent four years at University College, Oxford, and began to write, in London, in 1954. His novels include A House for Mr. Biswas, The Mimic Men, Guerrillas, A Bend in the River, and The Enigma of Arrival. In 1971, he was awarded the Booker Prize for In a Free State. His works of nonfiction, equally acclaimed, include Among the Believers, Beyond Belief, The Masque of Africa, and a trio of books about India: An Area of Darkness, India: A Wounded Civilization and India: A Million Mutinies Now. In 1990, Naipaul received a knighthood for services to literature; in 1993, he was the first recipient of the David Cohen British Literature Prize. He received the Nobel Prize in Literature in 2001. He lived with his wife Nadira and cat Augustus in Wiltshire, England, and died in 2018.