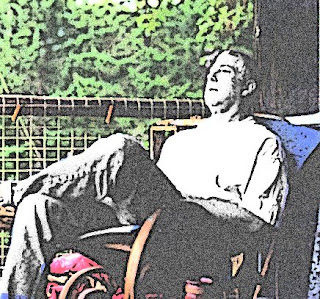 The Oregon Book Awards ceremony takes place Sunday, November 9th at 7:30 p.m. at the Portland Art Museum. This year’s ceremony will be hosted by John Daniel. John is the author of eight books of memoir, personal essays, and poetry, and his most recent book, Rogue River Journal: A Winter Alone, was the winner of a 2006 PNBA Book Award from the Pacific Northwest Booksellers Association.

A long-time Oregon resident, John attended Reed College and was a Stegner Fellow at Stanford. He has won a Pushcart Prize, an NEA fellowship and numerous other awards, including two Oregon Book Awards and an Oregon Literary Fellowship. John is chair of PEN Northwest, a regional branch of the writers’ organization PEN American Center.

Paper Fort: What about Oregon’s literary community strikes you as unique to Oregon?

Paper Fort: As the host of the 21st annual Oregon Book Awards, what are you most looking forward to?

John: I look forward to honoring Oregon writers, from finalists whose names will be new to many in our audience right along to Barry Lopez, whose name will be new to no one. And in honoring our writers we celebrate the culture of writing and reading itself.

John: I’ve won two Oregon Book Awards but I’ve experienced the less pleasant results as well—I’ve been a finalist who didn’t win, and I’ve had books nominated that weren’t chosen as finalists. My advice is to take satisfaction in being a finalist, which is a great distinction. It’s the intent of Literary Arts to honor all finalists. Bear in mind that finalists and the winner are selected by a single judge, often with difficulty; a different judge might have produced a different result. And bear in mind that surprises do happen. I never expected The Trail Home to win in 1993, and I don’t think anybody else did either.

For celebration or solace or just to extend the evening, it’s an informal tradition among many Oregon Book Awards regulars to gather after the ceremony at Cassidy’s restaurant (no host) at 1331 SW Washington.

Finally, of course we had to ask John what makes a good writing day, and he replied with: 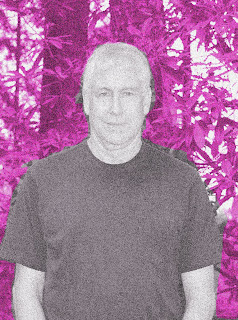 1. You write two pages of good prose or significantly advance a poem.
2. You open a letter from Literary Arts and a check falls out.
3. You don’t write two pages of prose but your cat hops into your lap and purrs that you are a good writer indeed.
4. A small press poetry anthology arrives in the mail containing a poem you wrote and sent for consideration two and a half years ago. Hearing nothing back, you completely forgot about sending the poem.
5. You write two pages of bad prose and thereby get that language out of the way so that better stuff might emerge tomorrow.
6. Your latest royalty check arrives, financing a trip to Nina’s Pony Espresso for a triple latte.
7. You write no pages at all, but you take a good walk and come home with birdsong in your head and possibilities stirring just beneath the surface of consciousness.

And don’t forget: On a final note, speaking of checks falling out of envelopes, Paper Fort reminds you that today is the postmark deadline for Oregon writers to apply for the Oregon Arts Commission’s Individual Artists Fellowship Grants.