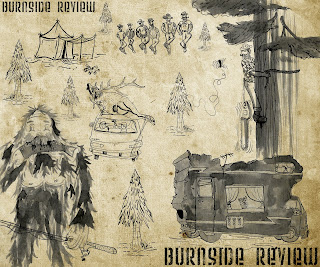 Sid Miller, editor and co-founder of Burnside Review says, “After reaching our fifth year, Burnside Review thought it was time to give something back to their state. The issue, from cover to cover, is truly an Oregon creation.”

with music by Willy Vlautin

There will be a $5 suggested donation at the door. All proceeds from the reading will benefit Oregon Literary Fellowships.